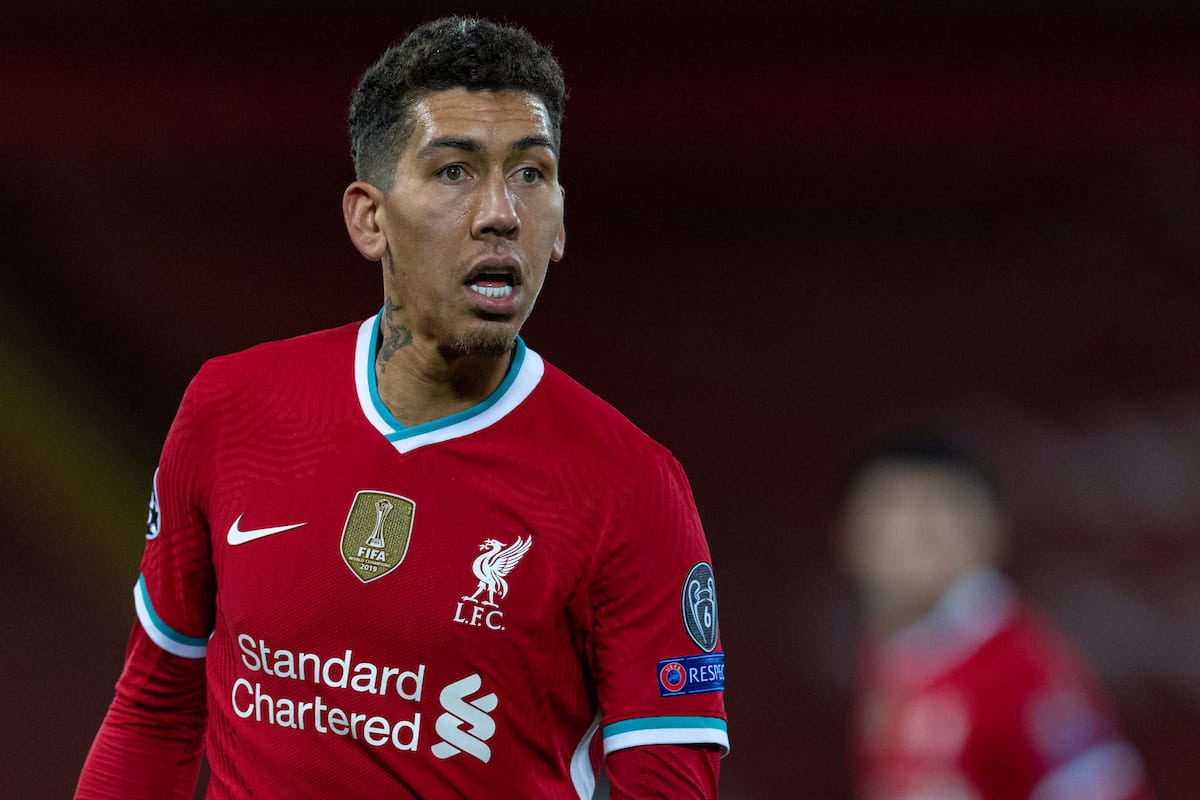 Jamie Carragher has outlined his concern over the form of Roberto Firmino, and explained why Liverpool’s current front three could, “sooner or later,” be “phased out.”

The Reds are undoubtedly struggling in a difficult patch of form, which has seen them go winless in four consecutive games in the Premier League.

During that time – which has brought draws with West Brom, Newcastle and Man United and defeat to Southampton – Firmino, Sadio Mane and Mohamed Salah have only scored one goal between them.

Firmino was particularly culpable in the stalemate at home to United on Sunday, with the Brazilian squandering a number of chances in a poor show of finishing.

It has been a tough season for Firmino in general, with five goals and three assists in 26 games, and assessing the situation for Sky Sports, Carragher outlined the No. 9 as in the biggest danger of being “phased out” of Liverpool’s starting lineup.

Carragher detailed the longevity of most front threes, and suggested Salah, Mane and Firmino would need to be “broken up” due to all three now hitting their late 20s.

“The team of 1988 is remembered as Barnes, Beardsley, Aldridge; a little bit like this team, you remember the front three,” he said.

“That front three was only together for two years, and that’s still talked about now.

“This front three will be talked about in 15, 20 years’ time, they brought the title back, they’ve been amazing.

“What I would say is they’re all getting to their late 20s, and sooner or later that front three will have to be broken up.

“You can’t get to two years’ time and say ‘we’re going to buy a new front three’ and replace them all.

“At times, it will change, and what I would say is, at this moment, I think Mane and Salah are going through poor form, it happens.

“There are lots of reasons why Liverpool aren’t scoring at the moment, I think even with Van Dijk not passing from the back, they’re losing the counter-pressing in midfield with Fabinho and Henderson, lots of different things – and also, they’re not playing great themselves.

On Firmino in particular, Carragher detailed his drop in form both visually and in terms of statistics, and used the arrival of Diogo Jota as an example of the front three evolving.

“I must say, I am worried for Firmino. He’s never been seen as ‘the goalscorer’, that’s the responsibility of the other two, but he’s there to chip in,” he continued.

“And when they’re not scoring, I just feel he needs to be a bigger goal threat, even [against United] he had a couple of chances, not quite striking the ball right.

“I also think obviously his bringing players into the game has sort of dropped off, and also the counter-pressing and winning the ball back has dropped off.

“Not just this season, I’m actually going back to last season when Liverpool won the league, and I was a little bit worried then, thinking ‘can he turn it around this season?’. 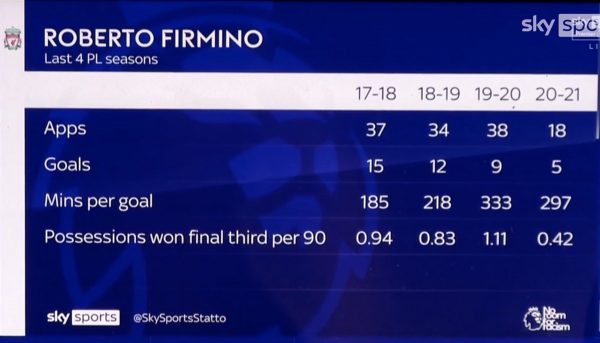 “Firmino, he’s probably the one I’m worried about more, and if there was someone going to be phased out or moved on, I think it probably would be Firmino.

“Jota’s come in and obviously put pressure on him, and he’s out at the moment.

“I’m sure everyone’s numbers for pressing have gone down this season, but that for me is a big jump, and he’s the one I’m more worried about, whether it’s being a lack of form or maybe just that slow decline as you get a little bit older.”

Carragher used the changing front threes at Barcelona since 2006 as a prime example of the theory, with Lionel Messi “the mainstay” but a revolving door of world-class talent coming through to join him.

“It gets to Messi, Neymar, Suarez, maybe the best front three that I’ve seen, really watching and you think ‘wow’, it felt like it was the three best players in the world, playing together,” he said. 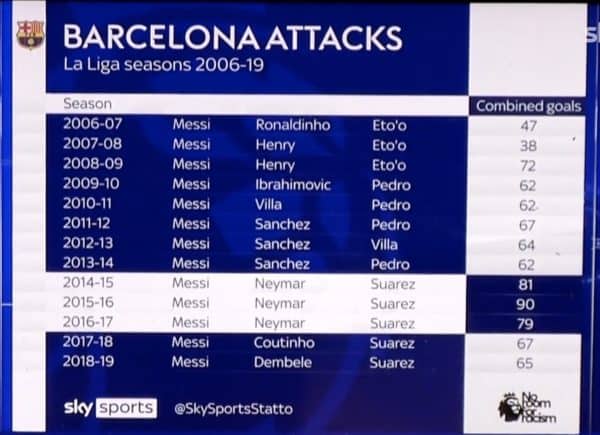 “But again, it’s only together for three years and then it gets phased out, it moves on.

“Maybe sometimes it’s because a player moves on: Ronaldo goes [from United] to Madrid, Neymar goes to PSG.

“But the longevity is only three years, and that’s the thing with Liverpool, why I’m saying it’s almost unprecedented what they’ve done, how long they’ve been together and how often they play.

“Sooner or later that front three will have to be broken up.”