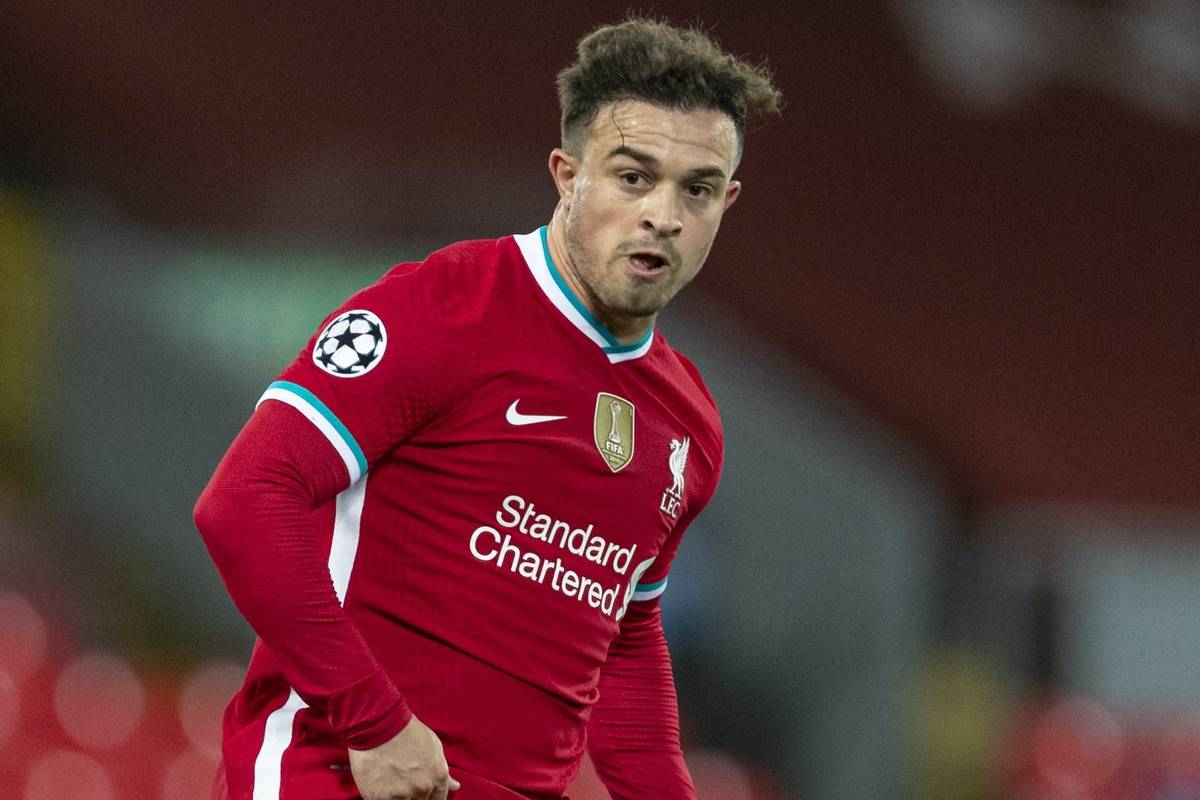 Joel Matip is not in the Liverpool squad to take on Man United at Anfield, with Jurgen Klopp making six changes from last time out.

The Reds have enjoyed the luxury of a full week of preparations for this top-of-the-table clash, having last played in the 4-1 victory over a young Aston Villa in the FA Cup.

Klopp has made six changes from his strong side at Villa Park, with Alisson returning to the lineup after a stint between the sticks for Caoimhin Kelleher.

Today’s centre-back pairing is Jordan Henderson and Fabinho, with Trent Alexander-Arnold and Andy Robertson trusted, as ever, on the flanks.

Thiago is likely to take up deep-lying duties in the Reds’ midfield, and is joined by Gini Wijnaldum and Xherdan Shaqiri.

Mohamed Salah, Sadio Mane and Roberto Firmino line up in attack, with a miserly record of just three goals and an assist in 23 combined appearances against United setting the challenge out for Liverpool’s front three.

Curtis Jones, Alex Oxlade-Chamberlain and Takumi Minamino are all named on the substitutes’ bench at Anfield.

The system could be either a 4-3-3 or 4-2-3-1, with Shaqiri an option either in midfield or, particularly if Salah switches to the centre-forward role, on the right. 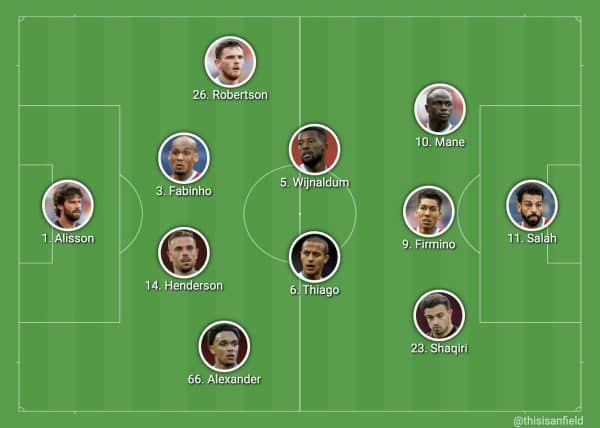