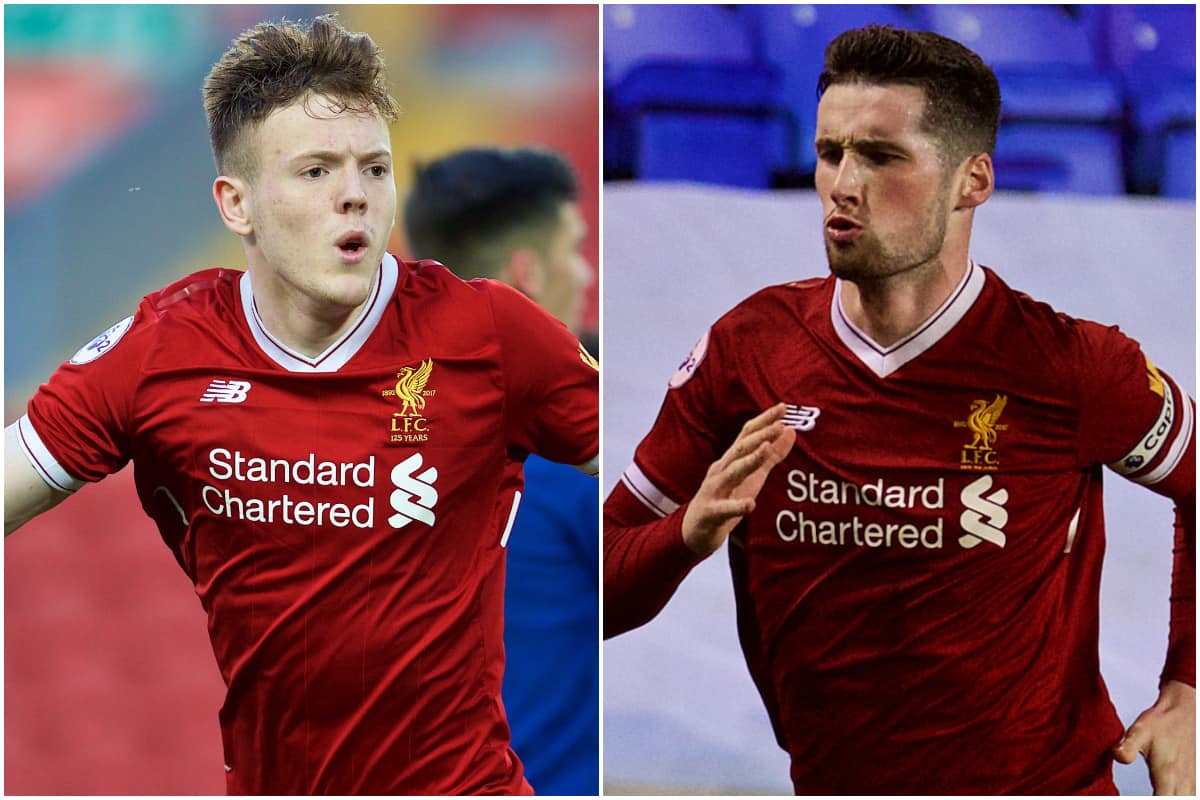 Former Liverpool youngsters George Johnston and Corey Whelan both signed for Wigan on Friday, and a day later they were paired at centre-back and kept a clean sheet.

Johnston and Whelan both departed the Reds in the summer of 2019, after spending over a decade in the academy ranks at Kirkby, often playing alongside each other through the age groups.

It is typically the case that youngsters will leave Liverpool for clubs in the Football League, but the pair instead opted for more unique moves for players in their situation.

For Johnston, it was a €300,000 switch to Feyenoord in the Eredivisie, while Whelan made his way to the United States with a free transfer to Phoenix Rising, a USL Championship club who count Didier Drogba and Shaun Wright-Phillips as alumni.

Having gone unused throughout his first season in the Netherlands – albeit having made the matchday squad on 27 occasions – Johnston played four times in the first half of this campaign, including a full debut in a 1-1 draw with FC Utrecht.

Whelan, meanwhile, found himself in limbo on the expiry of his contract in Arizona, making the decision to leave after 27 outings and, in the midst of the COVID-19 pandemic, trained alone as he sought a club back in England.

Wigan Athletic have signed forward Zach Clough and defender Corey Whelan until the end of the season.

Wigan proved the beneficiaries, with the League One side announcing the signings of Johnston (on loan), Whelan and striker Zach Clough in a triple move on Friday.

Saturday saw the financially troubled side host Fleetwood Town, and all three started in a game that also saw former Liverpool youngsters Emeka Obi on the bench for Wigan and Jordan Rossiter start for Fleetwood.

Johnston and Whelan were partners at centre-back, and playing the full 90 minutes at the DW Stadium they helped record a clean sheet which keeps Wigan’s battle to avoid relegation alive.

It was a hard-fought game, and Johnston in particular impressed with his efforts at the back, with three tackles, four interceptions, five clearances, a blocked shot and plaudits from onlookers:

George Johnston brilliant on debut. Aggressive, front-foot defending and good distributor off his left foot. Whelan and Clough promising too

Speaking to Wigan’s official website after the game, Johnston said “to get the clean sheet was obviously important for me and Corey in particular,” while reflecting on his reunion with a player he is familiar with from Liverpool.

“Corey and I played together for 18 months or so. Obviously we have that understanding,” he continued.

“There are going to be some teething problems but we will sort them out no problem the more we play together and the more we train together.

“There were encouraging signs and I enjoyed playing with Corey; he’s a good mate of mine and we’re looking forward to seeing what will happen in the future.”

? Blackpool Football Club is pleased to announce the signing of midfielder Kevin Stewart on an 18-month contract. https://t.co/SICzDUSvO5 pic.twitter.com/mIMRXrJ1tF

The pair are not the only ex-Reds youngsters to have found a new club over the weekend, with Kevin Stewart signing an 18-month deal with Blackpool, six months after his release from Hull.

Wigan take on Neil Critchley‘s Blackpool on Tuesday night, in a game that could feature as many as eight former Liverpool players in Johnston, Whelan, Stewart, Rossiter, Obi, Jordan Williams, Matty Virtue and Callum Lang.