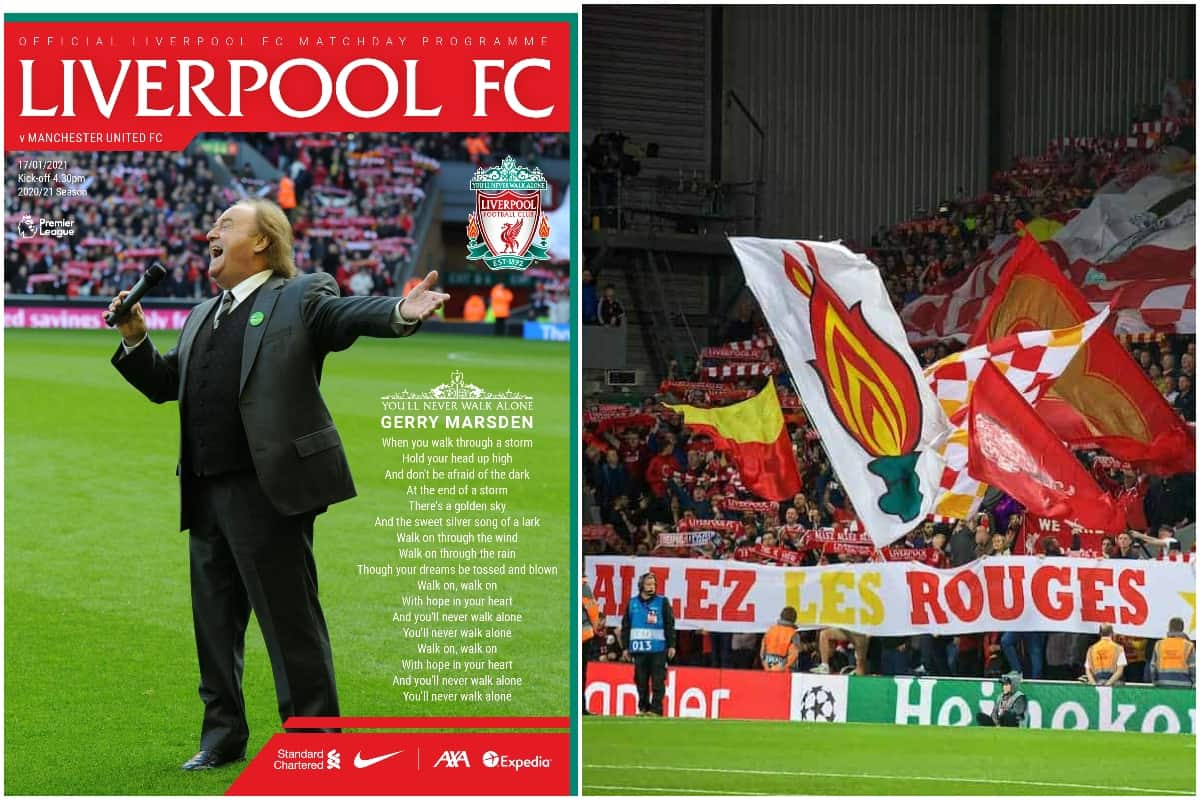 We can’t be at Anfield on Sunday, but you can listen to the sounds that legendary Anfield stadium announcer George Sephton would be playing out pre-match.

The Voice of Anfield, George has been playing the tunes that get the crowd warmed up at Anfield for 50 years.

We’ve teamed up with KopConnect Radio to give you a small taste of being at the home of Liverpool as they prepare for a match, while in the comfort of your own home.

This Sunday, it does not get much bigger as the Reds host Man United in a top-of-the-table clash, with Jurgen Klopp‘s side needing a win to leapfrog their rivals thanks to goal difference.

“The playlist will try and get the place a bit lively,” Sephton explained. But there’s plenty of pre-match debate to get stuck into as well, from Thiago to Diogo Jota and everything in between.

“[Thiago] is just a joy to watch, he’s one of those players you can sit through the 90 minutes and just follow him around and just watch what he does,” Sephton said – high praise when you consider he has had the privilege to watch teams of the Shankly and Paisley era.

Sunday’s match is the first home game since the death of Gerry Marsden, so an even more poignant rendition of You’ll Never Walk Alone would have been expected.

“I’m absolutely devastated, I still can’t believe he’s gone,” Sephton said. “On Sunday, You’ll Never Walk Alone will be a tribute to Gerry and forevermore every time Liverpool fans sing the song, that’ll be a memorial to Gerry.

“He’ll never ever be forgotten. His passing is a huge event, it’s an old cliche but it really is the end of an era.

“I was standing on the Kop when they first broadcast YNWA and all these years later he is part of the life of every Liverpool fan all over the world. I don’t know anybody, apart from the Beatles, who has made such a mark on football and the culture of music.

“The bottom line against United is do it for Gerry!”