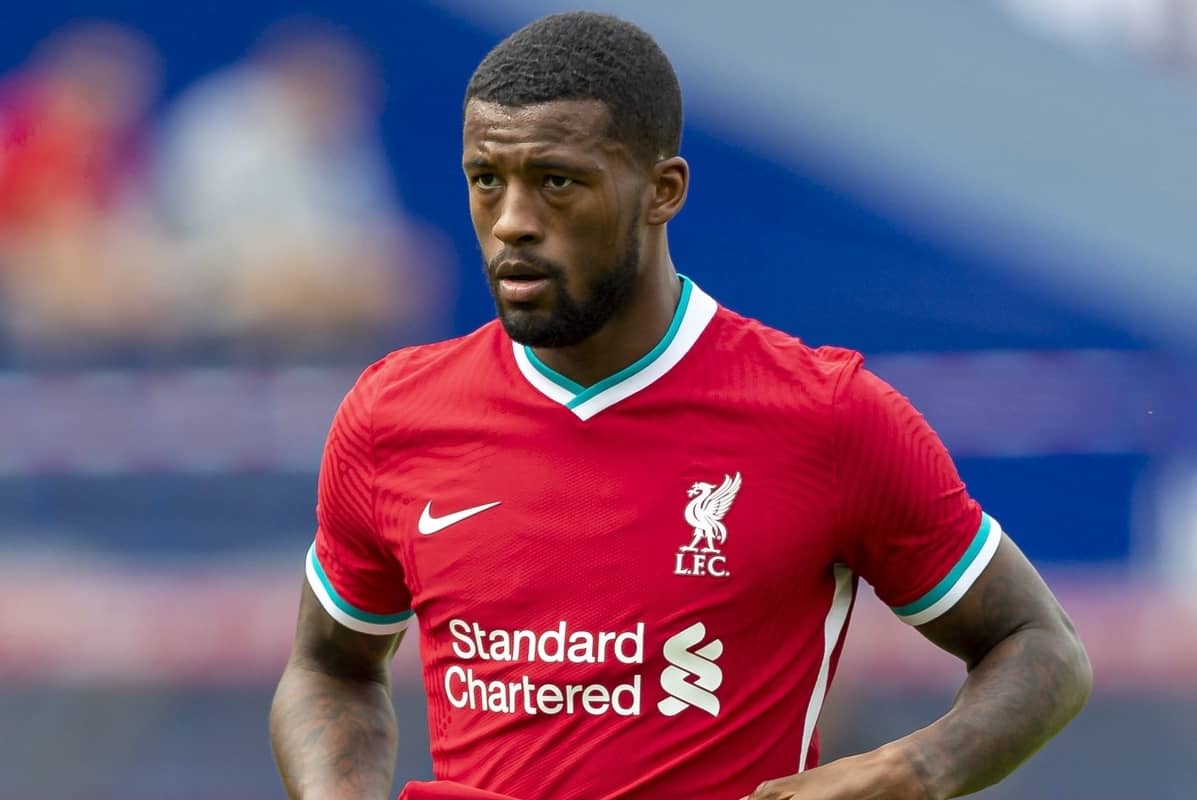 Georginio Wijnaldum still hasn’t signed a new contract with Liverpool and although his priority is to remain at Anfield, there’s no agreement between club and player.

The Dutch midfielder is key for Jurgen Klopp and has been one of the driving forces putting the Reds top of the table this season, mostly maintaining form and, importantly, fitness while the side chops and changes around him.

But with just one year left on his contract heading into the 2020/21 season, there was plenty of speculation that he might leave for Barcelona.

That didn’t materialise, but the rumours remain that the Catalan side want him – with Inter Milan and one or two other sides also linked with our all-rounder.

Sky Sports now report that while “Klopp has made it clear he wishes to keep” Gini and the midfielder himself “wants to stay at Anfield”, there is an impasse because of financial details.

Wijnaldum “believes his wages should compare more favourably with the club’s top earners”, they claim, which would effectively mean doubling his salary or more.

Spotrac, a noted sports payroll website, have Wijnaldum currently earning £75,000 a week, while others such as Sportekz have the Dutchman slightly higher at £90k-a-week. 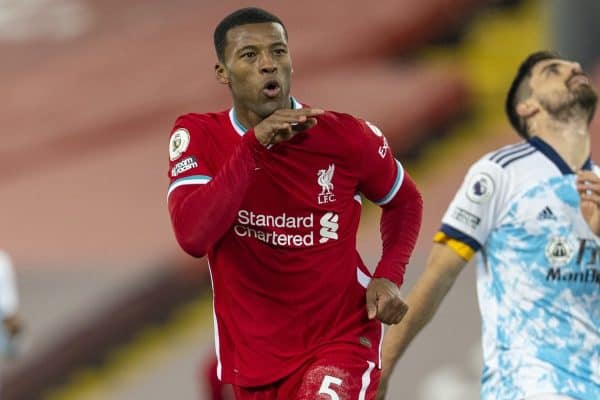 While there’s no doubt Gini has proven his worth on the pitch and is as important as those on a week-to-week basis, the club will factor in other details too with their offer.

Wijnaldum is 30, so a three-year extension will effectively take him to the end (or close to it) of his elite career, leaving no resale value, while his importance and effectiveness could also diminish in the next couple of years.

Sky report that an offer has not been rejected or withdrawn and the new contract remains on the table, but Wijnaldum seems unlikely to sign it unless matters change.

Players such as Naby Keita, Alex Oxlade-Chamberlain, Joel Matip and Diogo Jota all reportedly earn more than Gini at this stage, which he could certainly argue he needs to be above, but there’s a big difference between that £100-120k bracket and the top earners at the club.

For now, Klopp remains convinced of Wijnaldum’s worth and the Dutchman remains committed on the pitch – and that’s all that can be asked of him until the contract is renewed or run out, which will happen one way or the other in the coming six months.