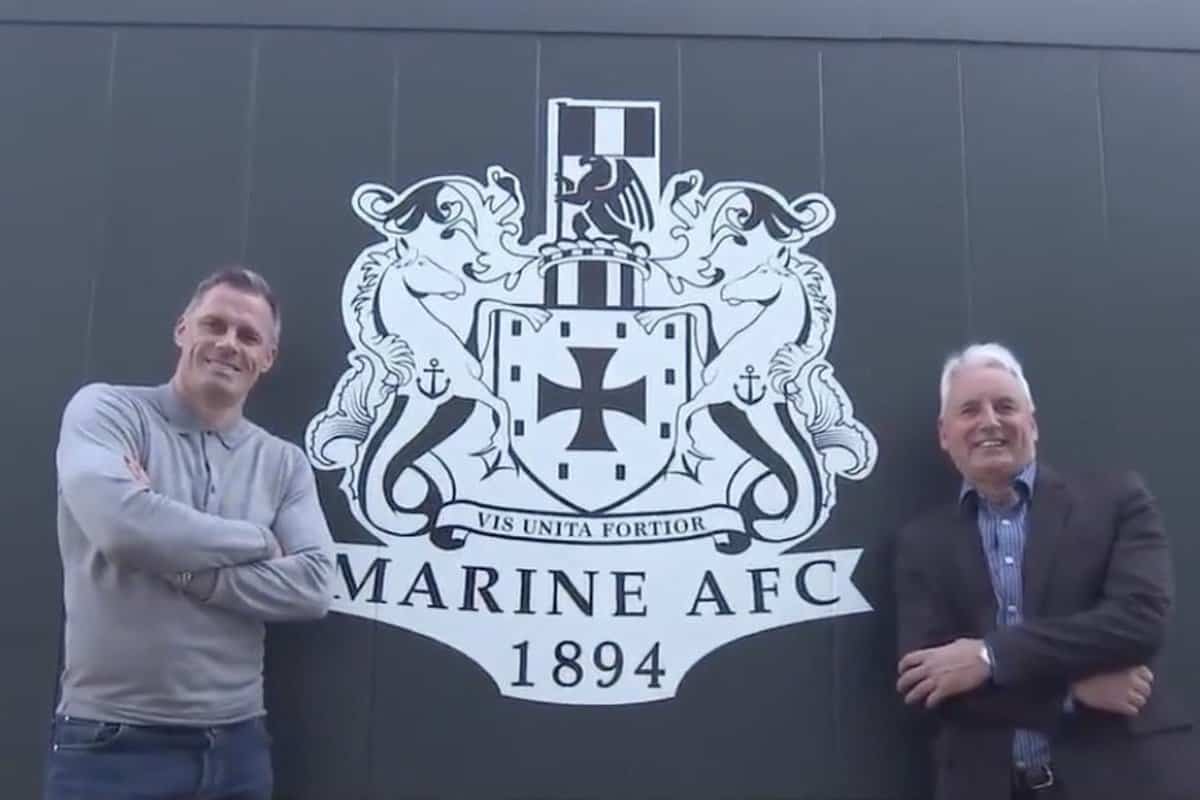 The Northern Premier League Division One North West outfit have announced former Liverpool and England defender Carragher’s JC23 Foundation have stepped in after a previous sponsor pulled out.

The foundation will sponsor the dugouts – one of which will be occupied by Jose Mourinho – and pre-match warm-up tops for the glamour clash at the Marine Travel Arena in Crosby on Sunday.

Carragher, 42, who is now a prominent media pundit, lives in Crosby and has been a regular visitor to matches at Marine.

Marine chairman Paul Leary said: “We are indebted to Jamie and the JC23 Foundation for their support in this magical game for Marine.

“The JC23 Foundation do magnificent work in helping young people not just in Liverpool but right across the world. We are proud to partner with them on this special occasion.”

Marine, whose division is the eighth tier of English football, have won seven matches to reach the third round.

The JC23 Foundation, set up by Carragher in 2009, helps over 1,000 good causes for young people around the world each year.