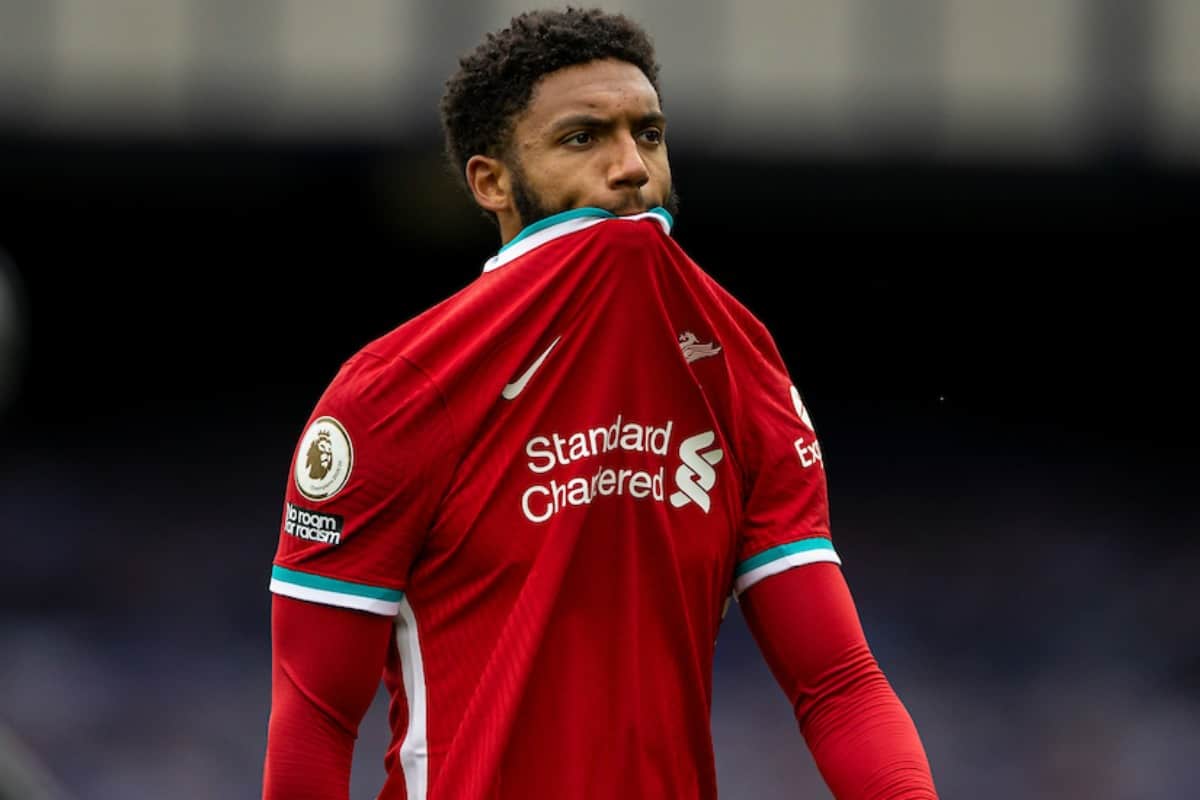 Jurgen Klopp expects Joe Gomez to miss the rest of the season with the knee injury sustained on England duty, saying he would be “positively surprised” if he plays.

Gomez has been sidelined since November after damaging a tendon in his left knee during training with the Three Lions, undergoing successful surgery soon after.

This, combined with Virgil van Dijk‘s long-term layoff, has served as a major blow to the Reds’ campaign, with Fabinho and Joel Matip both suffering with fitness issues as a result of their increased game time.

While there are regular updates on Van Dijk’s recovery in Dubai, much less is provided on Gomez’s return-to-play timeline, though the club did share a number of photos of the 23-year-old working in the gym at Kirkby earlier this month.

Asked about the defender’s situation in his press conference on Friday, Klopp confirmed that he is not expected back in action this season, though “he will be close” by May.

“Joe Gomez is actually in a pretty good place, but far away from being back,” the manager told reporters.

“So he walks around, looks completely normal, is not yet out on the pitch and running, or even [on the anti-gravity treadmill].

“It’s just a really tough injury as well. Will he be available this season? When does the season end? May? He will be close at least, I would say.

“I don’t expect it, so I would be positively surprised if he would be back this season.”

In the meantime, Liverpool are searching for a new centre-back, with Klopp at least hopeful that a “long-term solution” can be found in their pursuit of this season’s “short-term solution.”

“I think that’s how we do it usually: sort the problem we have now, and then we will see how it will show up in the future,” he explained.

“That’s what we constantly do, we find solutions.

“How we do it all the time, we find solutions for now – in this case for Sunday, for the West Ham game – so that’s how we see it.