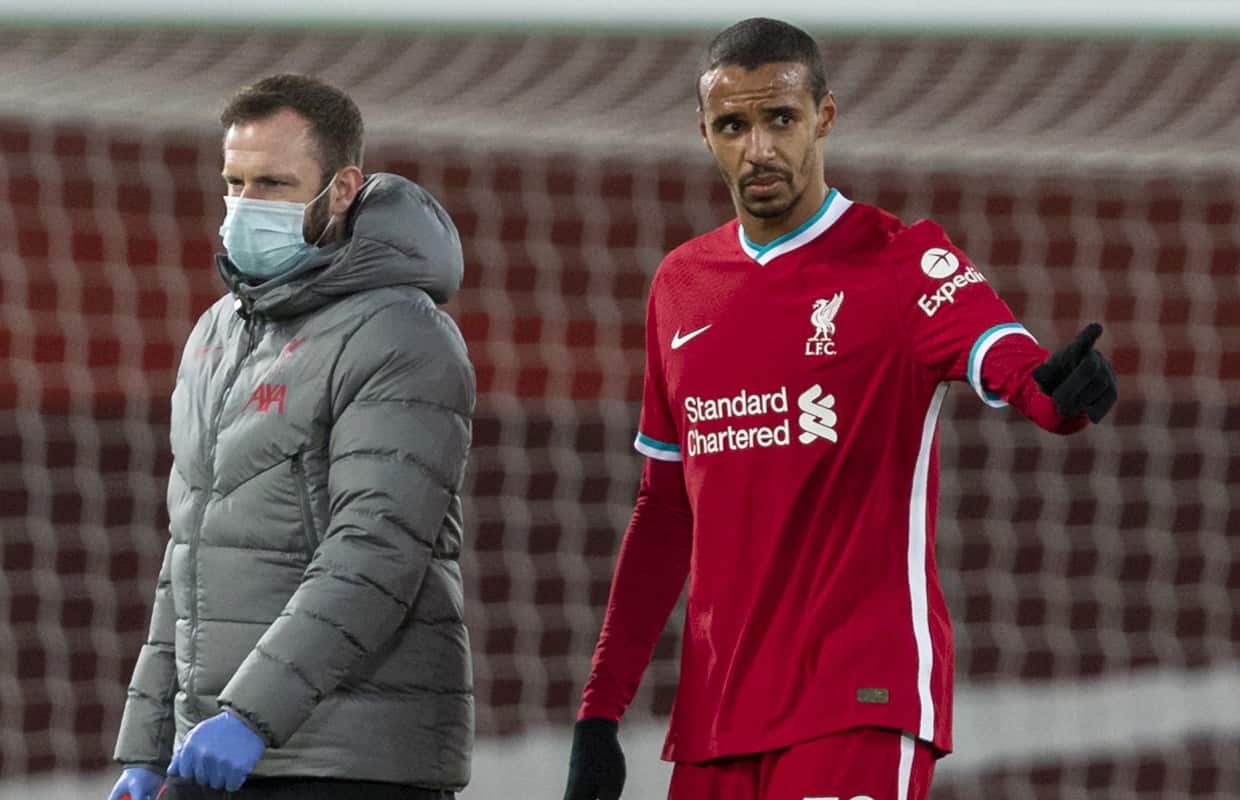 Jurgen Klopp has said that the ankle injury Joel Matip picked up at Spurs “looks serious,” leaving Liverpool without a fit senior centre-back.

Liverpool were thrown two centre-back curveballs on Thursday, first with Fabinho before the game and then Joel Matip followed at half-time.

Fabinho succumbed to a “minor muscle injury” in training, which Klopp said came out of “nothing” and meant Jordan Henderson slotted into his position alongside Matip from kick off.

However, the 11th different starting centre-back combination in the league was short-lived after Matip was substituted at half-time with Nat Phillips taking his place.

After being managed last time out at Old Trafford having played a single game, against Burnley, following his latest return from injury it was a welcome sight – especially considering Fabinho‘s absence.

However, his stop-start season continued on Thursday and while Liverpool were to emerge as 3-1 victors, it was a blemish which could not be overlooked and the manager conceded his ankle injury “looks serious.”

“It looks like something serious, to be honest, for Joel,” he explained post-match before later stating in his post-match press conference that he has damaged his “ankle ligaments.”

“He had a problem with his ankle. There was no chance to play on.”

It, of course, raises further questions about activity in the market with Virgil van Dijk and Joe Gomez both on the long-term injury list and Fabinho succumbing to a strain, with the severity unknown, currently leaves Liverpool without a senior centre-back.

If the injury is as Klopp suggests, Matip could be facing weeks if not months on the sidelines depending on the severity.