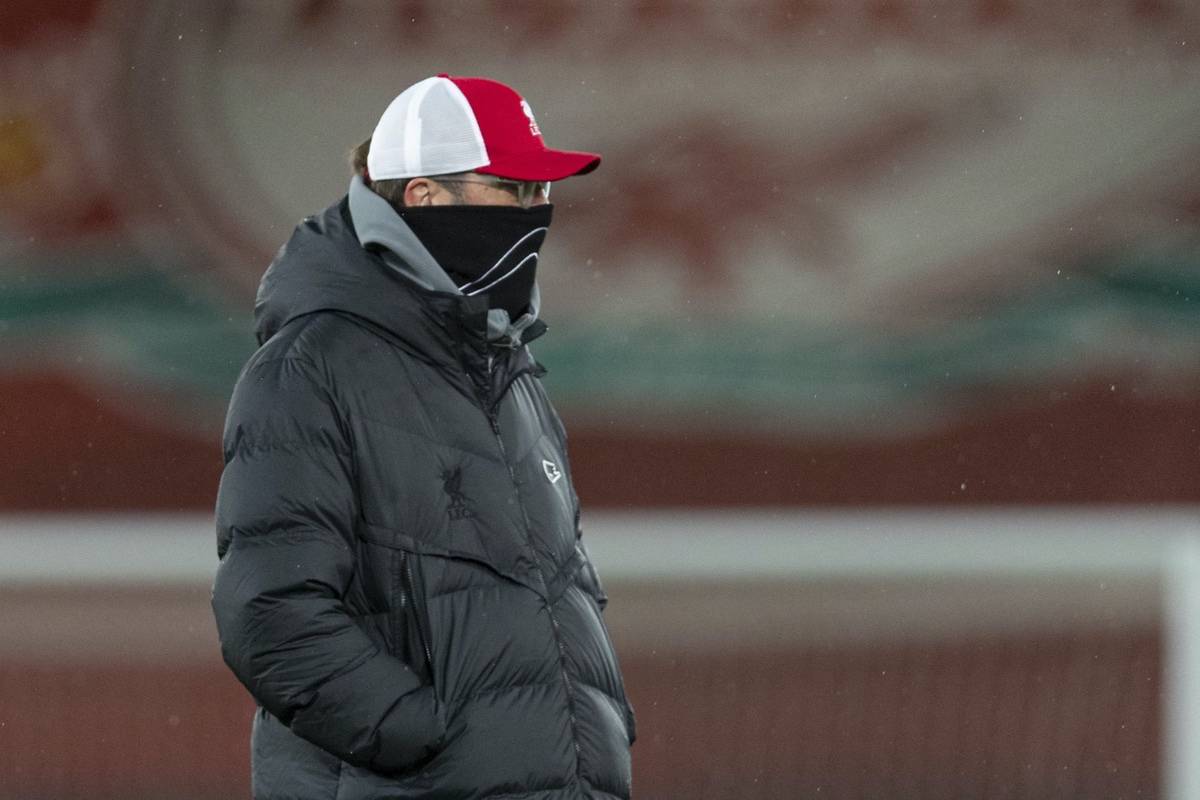 Stick together and solve the issues – that’s the message from Jurgen Klopp, as Liverpool bid to overcome a tough patch of form and get back to winning ways.

The boss oversaw our FA Cup exit at Old Trafford on Sunday, with the Reds ultimately going down 3-2 having both taken the lead and pulled level in the second half.

All associated with the club – media, fans, players – have certainly noticed an improvement from that 90 minutes, but ultimately defeat is defeat and the problems are not all fixed.

Klopp says there’s no question of hiding and the approach will be the one which took Liverpool to the top of the English, European and world game: working as one unit and finding solutions. 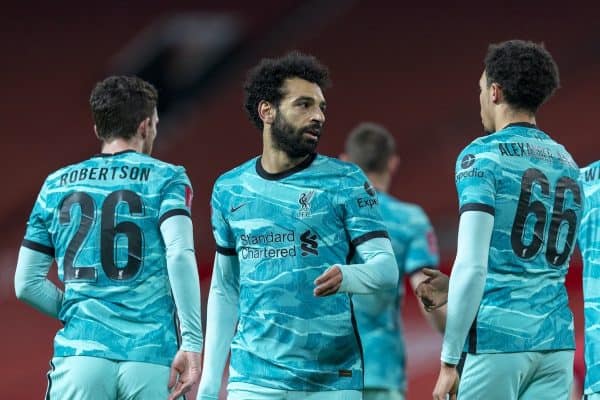 “That’s all our problem at the moment so we have to sort it together and that’s what we will do.”

While there’s little doubt that there remains work to do and issues to fix, the Reds are already on the right path.

A scoreless run was ended by Mo Salah‘s brace, while more incisive passing in the final third was on show and, while the end result was a loss, there was at least a period in the game after falling behind where the Reds got back on top – and back on level scores.

After recent directionless performances lacking in clarity and ideas, that in itself was a step forward.

There’s more to come this week with the behind-the-scenes work, says the boss. 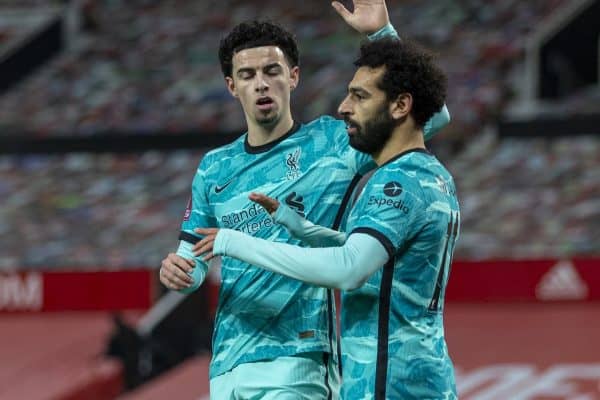 “We can take positives out of this game, of course – I saw a lot of steps in the right direction and that’s all good.

“We can take a lot for the Tottenham game, in moments it will be similar: work against a deep block, defend counter-attacks better than tonight. After each game you analyse it and work with the positives and negatives and we’ll do that here as well.

“Of course [we saw more signs], the reaction is good. I’m not in doubt about the reaction but we have to show it.

“We know what the people outside want, they want to see us fighting and we fought really hard. And scored two goals!

“It was a step in the right direction and on Thursday we have the next chance to prove that we can win football games.”

The Reds have a must-win, or perhaps at least a must-not-lose game against Tottenham later in the week, with Spurs one place behind the Reds in the table, one point off the champions with a game in hand.

With fourth to 10th still separated by only five points, it means finding form quickly is vital to salvage the season and keep the Reds in the running for European football next term.