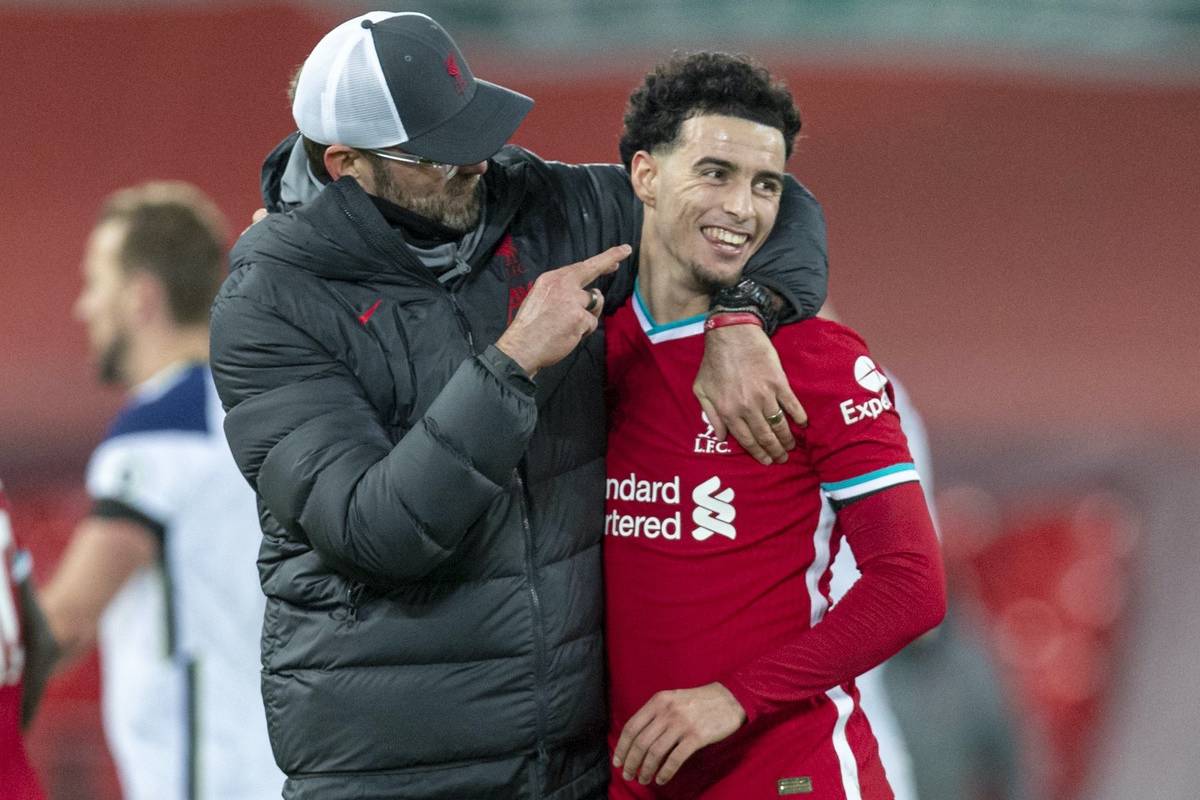 Jurgen Klopp has issued his support to Curtis Jones after recent criticism of his Liverpool performances, with his error against West Brom a useful learning curve.

Jones has proved an invaluable asset for the Reds this season, stepping up to fill in due to a host of injuries and cementing his place as a long-term midfield option.

The 19-year-old is one of only 10 players to clock over 1,000 minutes for Klopp’s side so far, earning plaudits from both within the club and outside, with UEFA naming him in their recent ’50 for the future’ list.

But a costly mistake in giving away the corner that led to Semi Ajayi’s equaliser in the 1-1 draw with West Brom, and a muted display in the subsequent 0-0 draw with Newcastle, has led some to question his place in the side.

The player himself delivered a stiff and merited rebuttal on New Year’s Day, applauding the club’s “REAL fans” for their “continued support.”

And his manager has now provided his backing, telling reporters after the stalemate at St James’ Park that Jones “learns from things like this,” stressing his importance to Liverpool.

“This situation, that’s the world, and with football, you play a lot of good stuff and then one thing, you hit an opponent when you want to play a pass or you pass a little bit too late, and everybody is talking about it,” he said.

“So, 100 percent he learns from things like this, definitely.

“It’s a very intense period for him as well, and how he did so far is absolutely outstanding. I don’t know what would have been when we have all the injuries and he wouldn’t have been there.

“I’m really happy about everything. Football players make mistakes or make the wrong decisions, I knew that before.

“So that can happen, especially when you get tired, and that was for sure the case [against West Brom].

Beyond the section of mindless supporters who would criticise a high-performing 19-year-old for a simple mistake, there have been wider calls for Jones to be included in the England squad for this summer’s Euros.

The teenager has only this season moved up to the under-21s, but given his maturity and level of form for Liverpool it is not beyond the realms of possibility that he would be part of the Three Lions setup.

Klopp insisted that it was “a question for Gareth Southgate,” when asked at the prospect of Jones heading to the Euros, but said that “in the future he will play for England.”

“That’s a question for Gareth Southgate, I think! I don’t think he’s long in the under-21s,” the manager continued.

“It’s not my decision, but we’re happy that we have him, and he has a chance to play in our team – that’s more important for me.

“I don’t actually know the midfield options for the national team.

“Really good player, and in the future he will play for England I’m pretty sure. If it will be this summer, I don’t know.”