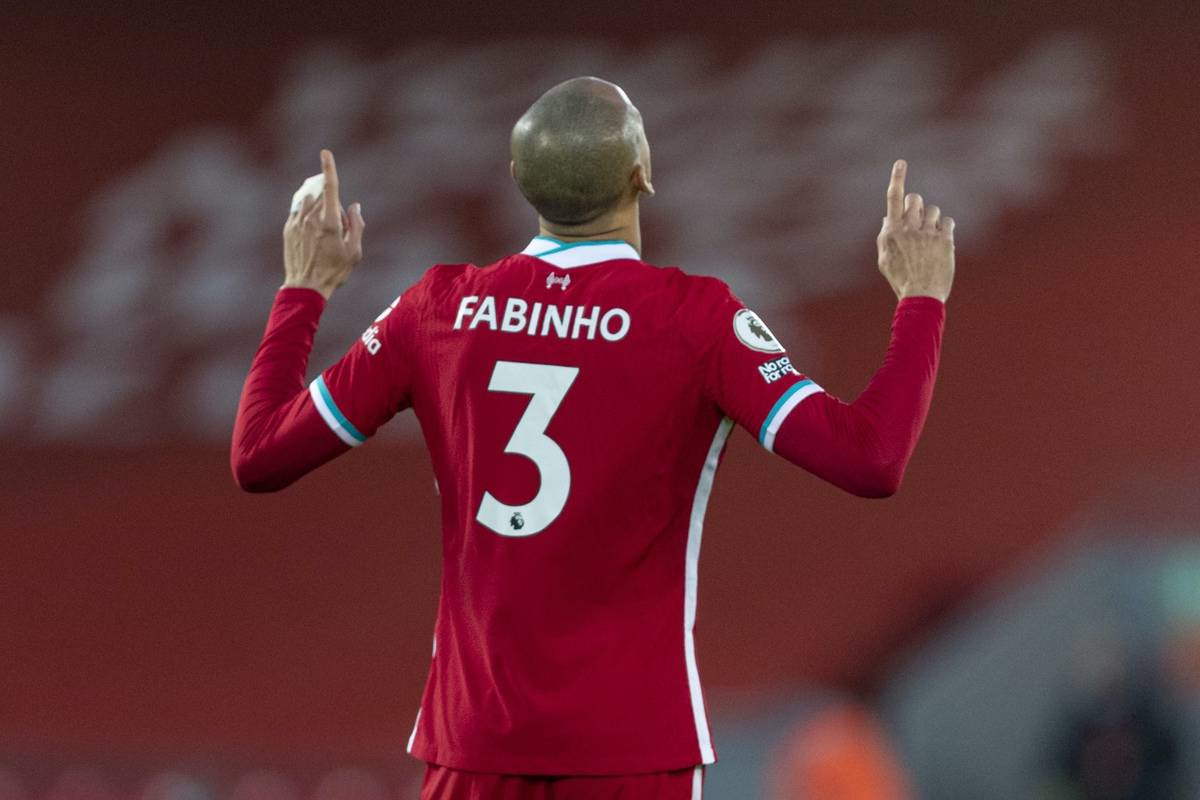 Liverpool drew 0-0 at home to Man United on Sunday, making it three consecutive league games without scoring for the Reds.

Liverpool’s makeshift defence meant Alisson could have had a busy afternoon on his hands and he ended up being one of the outstanding players.

One quick piece of decision-making allowed him to race out and thwart Marcus Rashford when he may have been onside, while he also made huge saves to deny Bruno Fernandes and Paul Pogba in the second half.

The best goalkeepers deliver when they are called into action sporadically – Alisson is the best in the business.

Alexander-Arnold has been in poor form by his high standards and this was another performance that lacked his usual quality.

His crosses felt hit-and-hope too often, failing to beat the first man a number of times, and one misjudged leap at the other end almost caused trouble.

This is a blip for a wonderful young player who clearly needs a rest.

The Brazilian has been superb this season and this yet another immaculate display at the heart of the Reds’ defence.

He bit into tackles, won aerial duels and helped Jordan Henderson through a tough game, looking like someone who has played at centre-back for years.

In what was a far-from-ideal situation, Henderson started at centre-back alongside Fabinho, as was the case against Southampton – but this time on the left of the two, where he looked much more comfortable.

Given Liverpool’s dominance of possession, the skipper was able to coast through parts of the game, but he did a brilliant job in an unfamiliar role as United threatened more.

Deserves great praise for slotting in. Hopefully he doesn’t have to play there again for a while though.

Robertson is another who has been one of Liverpool’s standout performers in 2020/21 so far, but this was one of his less effective outings.

The Scot was strangely slack with his end product at Anfield, skewing a few crosses and sending one shot sailing into the Anfield Road end.

Another who would benefit if his deputy was trusted by the manager and wasn’t being forced to start every single game.

At long last, Thiago made his Liverpool home debut.

For parts of the game, especially early on, he looked the best player on the pitch, dictating play and producing footwork that some can only dream of, and he was denied from distance by David de Gea.

Worked tirelessly, too, and while the odd pass missed its intended target, he was a joy to watch. 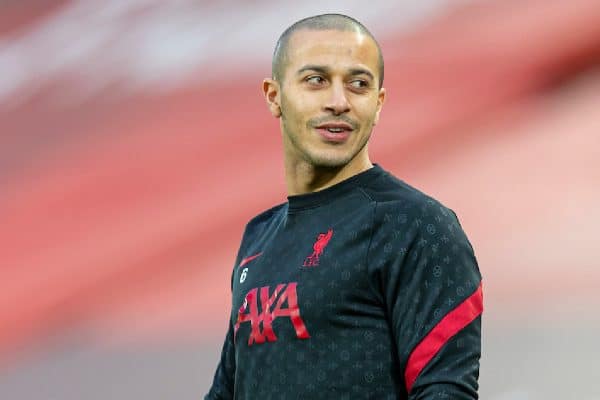 Wijnaldum was solid rather than spectacular, with a little more guile required on occasions.

The Dutchman often found himself up against Paul Pogba in a fascinating duel, using his strength to good use and knitting things together in the midfield.

Salah has lost his golden touch in front of goal of late and he was well short of his best against United.

Liverpool’s Egyptian King never stopped trying, pulling defenders out of position and looking to bundle his way through, but he was kept quiet by Luke Shaw.

Switched sides with Sadio Mane at one point, but didn’t have much more joy there.

Shaqiri made a surprise start – his first in the league for 13 months, as he looked to down United like he did back in December 2018.

Playing in midfield, the Swiss was a mix of good and frustrating, occasionally slowing down attacks but carrying creativity.

Faded as the minutes ticked by and replaced by Curtis Jones.

Mane occupied his usual left-sided berth, aiming to return to the world-class form he has so often produced since joining in 2016.

Like Salah, he just couldn’t quite get going, despite looking dangerous and continually attempting to get in behind United’s defence.

Final ball left a lot to be desired.

Oh Bobby, why can’t you just be an elite finisher?

The Brazilian struggled badly in his all-round game and three great chances came and kept when he should have done better.

Uncharacteristically made the wrong decision a couple of times as well, shooting when teammates were in great positions.

Fairly unnoticed, but did a job.

No time to make a real impact.

Made one important tackle, but only on the pitch for a few minutes. 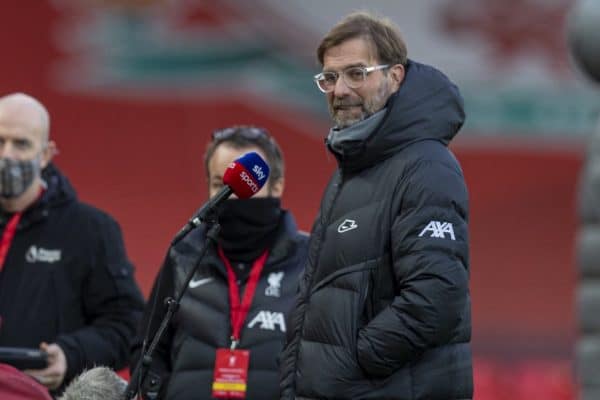 Klopp hasn’t been a happy individual in recent weeks and he faced a huge afternoon at Anfield.

Liverpool were again lacking a spark in the final third, which the manager will be concerned. No goals in the league now for almost 350 minutes.

Considering the injuries at the back, the Reds did well to keep United quiet for the most part and his decision to play Henderson at the back paid off and clearly had been well-trained this week.

The Reds have to up their game, though, and Klopp will know it.