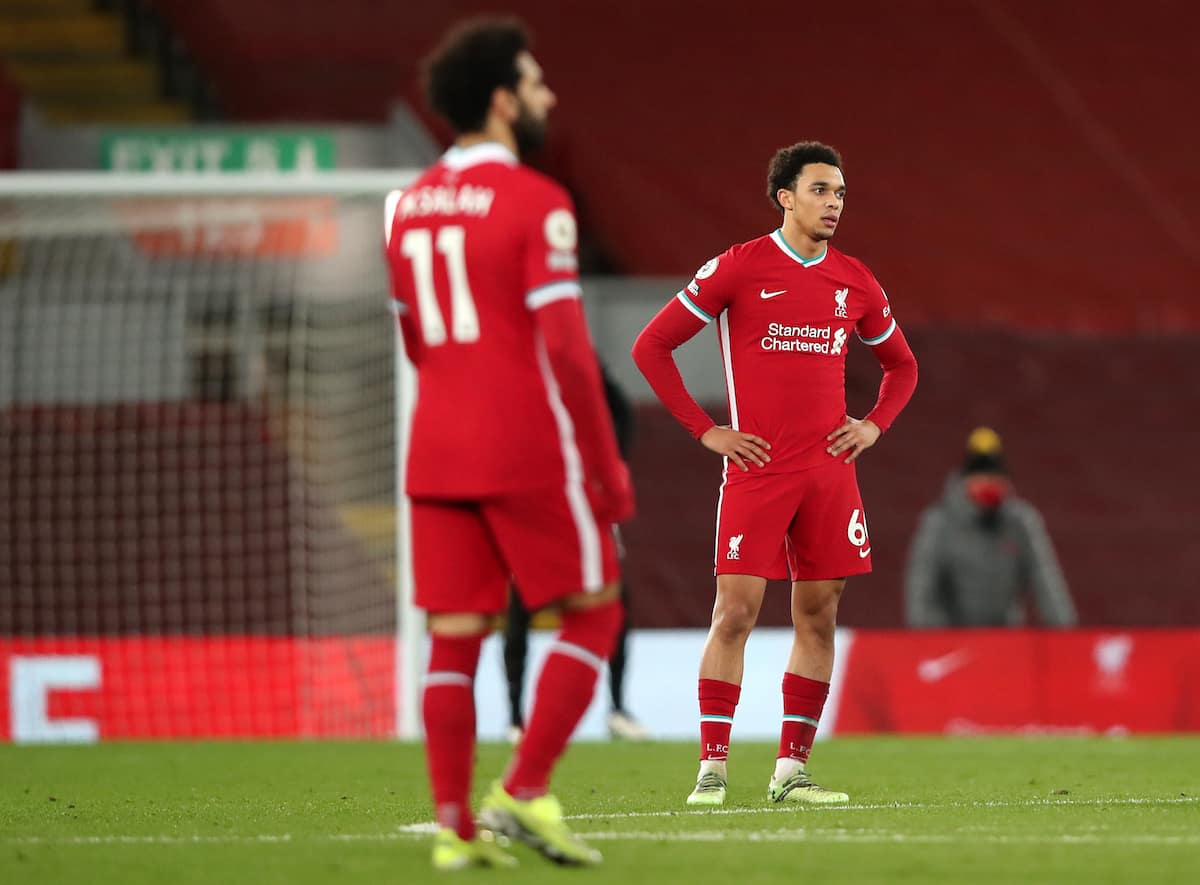 I told you there was a good chance that this game would finish 1-0. No football team is immune to the fluctuations of confidence.

On the back of a cluster of frustrating performances and results, Burnley was always going to represent a brick wall that we would either scale, or repeatedly bang our head against.

As it was, our first home Premier League loss in almost four years was absorbed with a bruise to the forehead.

Liverpool are too tentative; a potentially mountainous crisis has been allowed to bloom from a molehill. 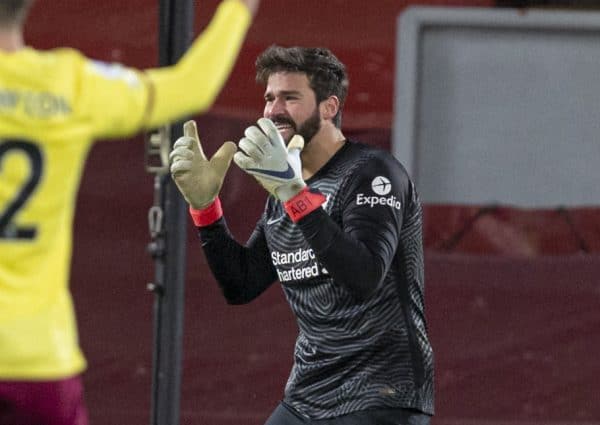 There was something inevitable about the way we conceded the late penalty which gifted Sean Dyche’s team their precious win. It seemed entirely symptomatic of the manner in which we’ve struggled against the bottom six sides this season.

This isn’t a blip, or a bad day at the office to move on from. There are clear patterns at play. Dense defences and deep-lying midfields are no longer there to be danced and span past, simply because we aren’t dancing right now.

In the wake of this new setback, Jurgen Klopp spoke about small flowers being stamped on. For large swathes of his time at Anfield, it is his players who have been doing the stamping, across the front gardens of all-comers.

Little over a month ago, we appeared to be defying gravity. Devastating injury problems shrugged off by tightening up on goals conceded, picking off victories and reclaiming the top of the table.

Psychologically, for our rivals, it had to be a foreboding sight.

The moment it changed

We dispossessed Tottenham and Jose Mourinho of first place, then travelled to Selhurst Park to put seven past Crystal Palace; following this, we embraced Christmas and an eight-day break until our next game.

West Brom came to Anfield, and a pivot was reached. A strange game in which we looked magnificent in a first half where we bewilderingly scored just one goal, before being mugged of a point by Sam Allardyce and Sammy Lee.

We haven’t been the same since; we haven’t scored a Premier League goal since. Conversely, we aren’t shipping vast quantities of goals either. Since West Brom, it has been a couple of goalless draws here, and a couple of 1-0 defeats there.

Where we are failing, is we aren’t winning the biggest moments in games; we aren’t taking enough responsibility in dictating the outcome. We have swiftly gone from mentality monsters, to meek. This isn’t heavy metal football right now; it is something more introverted and shrouded in self-doubt. It is a footballing version of The Smiths.

There is currently a reticence about Liverpool, a reluctance in the final third of the pitch. Indecision has emerged, when Klopp’s Liverpool thrives on a forthright approach, one which takes without asking. When we reach the final third, we seem to be waiting for an invitation to score.

We had our chances against Burnley, but the more they went unaccepted, the more our spirit sagged. Klopp has proffered to shoulder the blame for the situation we find ourselves in, but even that isn’t within the usual script. If we prosper together as a collective, we also fade together, thus we should take the blame as a collective too.

The need now, is to go back to square one and to begin by doing the basics right. While I wouldn’t suggest that Liverpool’s players don’t want the ball, there is a reluctance to be as brave with it.

When Klopp’s Liverpool are at their best, they are decisive in their choices. On Thursday evening, just as against Manchester United, Southampton and Newcastle, there were times when possession was retained by any given player, and because Burnley were marking space, rather than the man, there would be a pregnant pause to proceedings, while that given Liverpool player pondered what to do with the ball.

Thinking on the ball might seem like a sensible thing to do, but when a team is fluid and at the peak of their capabilities, then most of the thinking is done off the ball.

When the ball rolls to a player, they already know what they are going to do with it. When in possession, it is then a case of executing that pre-planned idea.

When the ball is released to a team-mate, that team-mate has already worked out what they are going to do with it, as have the three or four players who are prepared to be the next recipient of it. This is where disorientation kicks in for your opponent, and openings present themselves, which are ruthlessly exploited.

All of this requires not only a fine-tuned physical fitness, it also demands an alert mind and a brain that is functioning at the best of its capacity.

It must be mentally exhausting playing for Klopp. He notoriously burned some of his Borussia Dortmund players out, many of them shipped out at an impressive profit, from where the funds would expand the collective. It isn’t necessarily all that easy playing for Klopp. The demands are of a high magnitude.

For an example of this, in terms of Liverpool, see Philippe Coutinho. Allowed his move to Barcelona, where he has struggled to fulfil his immense talent, a transfer fee that was directed into the recruitment of Virgil van Dijk and Alisson Becker.

Last Sunday, we faced Manchester United, in a game where a win would have put us back on top of the Premier League. This Sunday, we go up against them again, in the FA Cup, as a team we trail in the league by six points.

No points are on offer at Old Trafford, but there is perhaps a point to prove to ourselves. With Tottenham, Manchester City, and Leicester City amongst those looming beyond, confidence needs to be found somewhere, and soon.