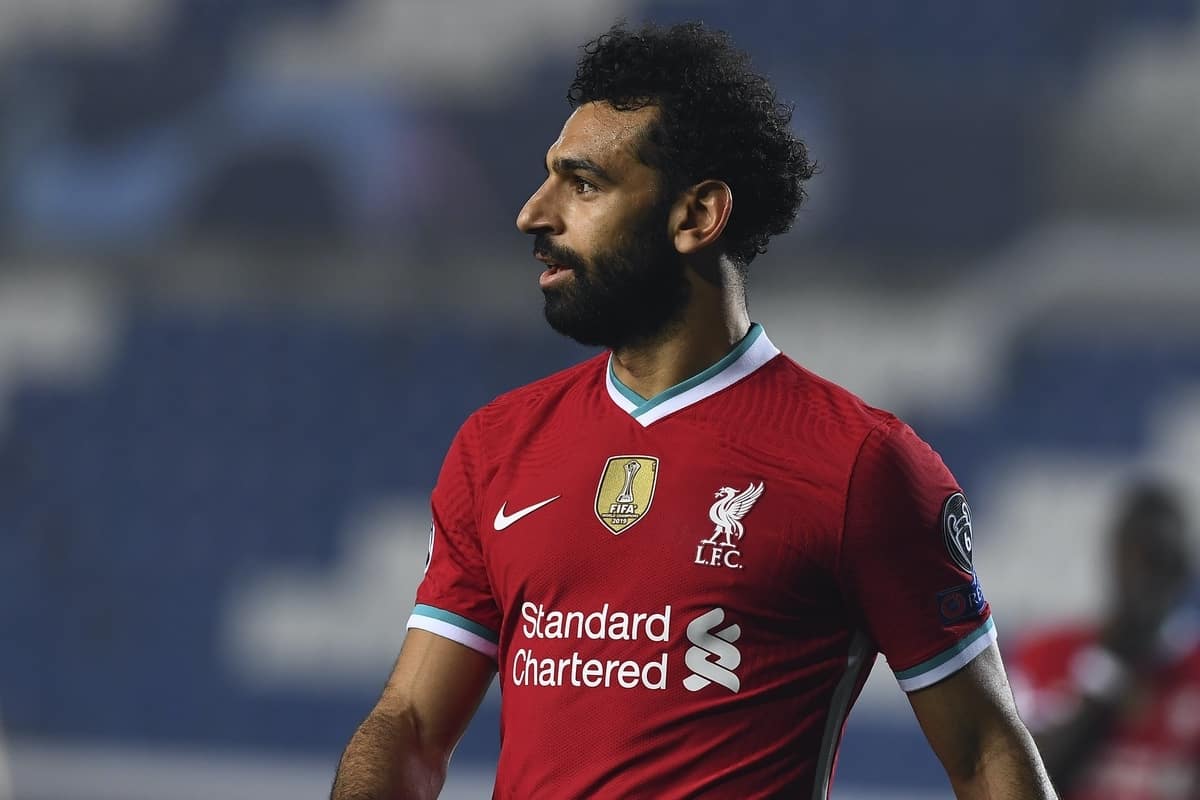 Mohamed Salah has voiced his desire to stay at Liverpool for “as long as I can” but reiterated that the call remains in “the hands of the club.”

There continues to be much discussion surrounding the future of Salah at Liverpool, despite having more than two years remaining on his current contract.

An interview with the Spanish press prior to Christmas sparked the latest rumour mill, having discussed the prospect of making a switch to “top clubs” Barcelona and Real Madrid.

Jurgen Klopp insisted there was no concern on his end and questioned why anyone would want to leave Anfield – weather aside.

It was then reported that the Reds are “certain to offer” a new and improved contract for the No. 11, who continues to break club records at a frightening pace.

The question on everyone’s lips, however, is will he commit long-term to Liverpool or seek a new challenge elsewhere, with his next contract likely to be his most lucrative such is his market value.

When presented with the prospect of his future, when speaking to Norway’s TV2 prior to Man United‘s visit, in light of recent murmurings Salah voiced his desire to stay at Liverpool but insisted it “is in the hands of the club.”

“I do not know. If you ask, I say I want to stay here as long as I can, but as I have said before, it is in the hands of the club,” Salah said.

“I will always give 100 percent to the last minute I am in this club and I want to win as many trophies as I can.

“And I want to give 100 percent to the people, who show me love all the time.”

The Egyptian started the 2020/21 season brightly, scoring 16 goals prior to Christmas and coincidentally before that AS interview, but like the rest of his Liverpool teammates has started firing blanks.

A goal against Aston Villa in the FA Cup is Salah’s only one so far in 2021, and while he is known to be ambitious for individual success – it is the collective triumph which provides fulfilment.

And that has taken a hit in recent weeks as injuries start to catch up to Jurgen Klopp‘s side, but there is no room for complaining as Liverpool look to retain their title.

“I am happy as long as the team wins, that is the most important thing,” Salah added. “When I score I can help the team and then I am even happier.

“When I do not score and the team does not win, it is a nightmare.

“[Injuries] have, of course, affected us in one way or another, but the players who play in that position always do their best.

“We have lost some top players like Virg and Joe, and Diogo Jota was also injured. The situation would be better if we had everyone available, but we do not complain since we have young players who have done very well and who are doing their best.

“Yes, we have had injuries, but we must handle the situation and continue. It is that, and not complaining, that will make us masters.”