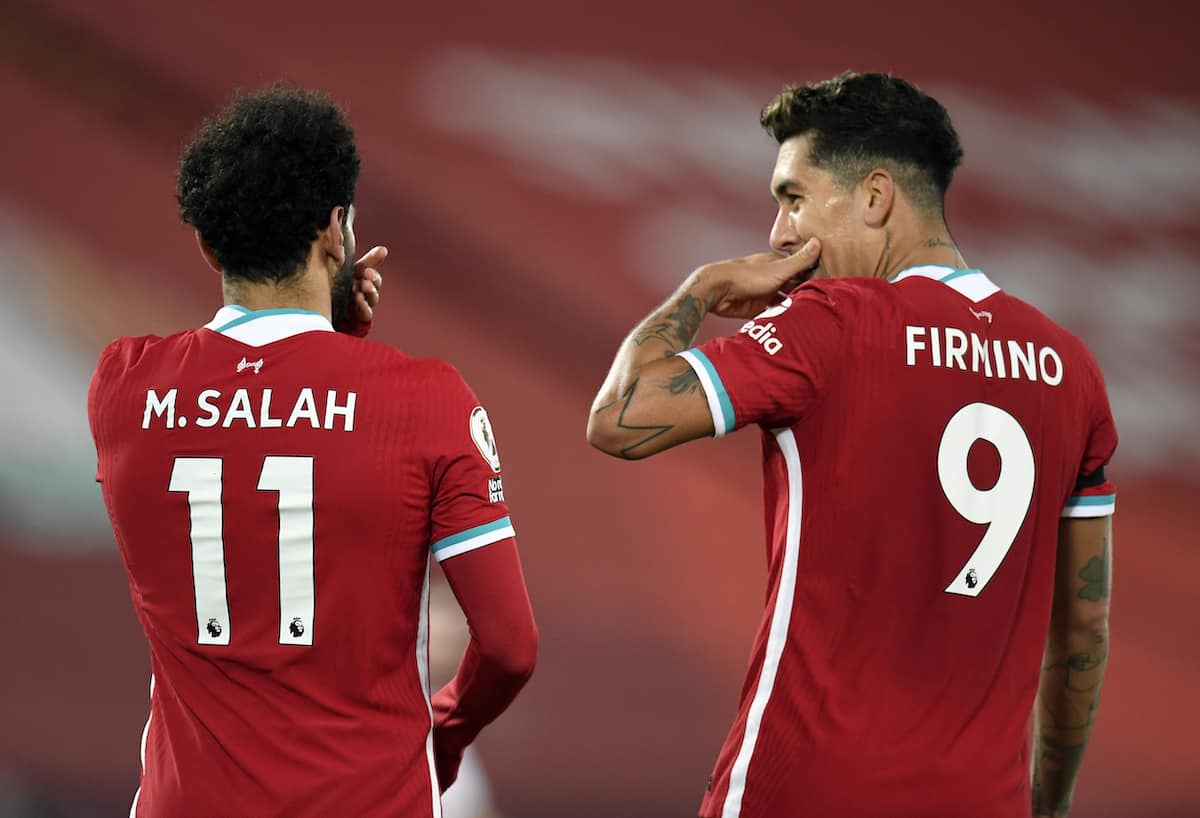 Jurgen Klopp is faced with the task of rotating for freshness and maintaining enough strength in his Liverpool side to secure victory over Man United in the FA Cup.

The Reds are in the midst of one of their most frustrating runs under Klopp, with Thursday night bringing a miserable result as they lost 1-0 to Burnley.

That brought an end to a remarkable unbeaten run at Anfield in the Premier League, and puts further emphasis on the need for victory over United in the fourth round of the FA Cup.

However, with a trip to Tottenham looming, and just three days after defeat to Burnley, the manager will be mindful of the need for rest for some of his key players.

This presents a conundrum that Klopp is forced to answer ahead of a big game at Old Trafford.

Typically during Klopp’s time at Liverpool, the FA Cup has been of low priority.

But on the back of recent results, and given the opposition are long-time rivals, there is a demand to take this fixture head on.

This is likely to see a number of high-profile names on the starting lineup on Sunday, namely Mohamed Salah and Roberto Firmino, returning to the side after beginning the midweek loss on the bench.

Fabinho is also expected to start due to a shortage of centre-backs, with one of Nat Phillips or Rhys Williams set to fill in for Joel Matip, who is only recently back from injury.

Given injuries to Jordan Henderson and Naby Keita, it is probable that one of Thiago or Gini Wijnaldum retains their starting place, too, with James Milner and Curtis Jones coming in to join them in midfield.

Diogo Jota remains sidelined, as do long-term absentees Virgil van Dijk and Joe Gomez, but the likes of Caoimhin Kelleher, Neco Williams, Kostas Tsimikas and Takumi Minamino are in line to be rotated in.

The sudden, increased importance of this tie ensures a mix of youth and experience is likely at Old Trafford, with the majority of changes coming in defence.

Kelleher is almost guaranteed to start, and deservedly so, and could do so behind a back line of Neco and Rhys Williams, Fabinho and Tsimikas, allowing the fragile Matip, the out-of-form Trent Alexander-Arnold and the fatigued Andy Robertson rest.

In midfield, Thiago could be preserved as he builds up rhythm, with the No. 6 to be joined by Milner and Jones, both of whom started in the third-round win at Aston Villa before returning to the bench for the next two games.

The return of Salah and Firmino will see Alex Oxlade-Chamberlain and Divock Origi shuffled out, while this time Sadio Mane could be omitted as Takumi Minamino comes in: 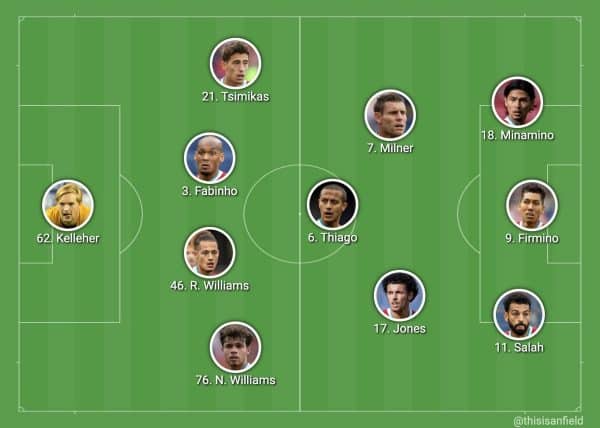 The majority of this lineup seems set in stone, though Klopp faces decisions over who to start at both centre-back and in the deep-lying midfield role.

Instead of Williams, the manager could opt for Phillips alongside Fabinho, while Wijnaldum’s impeccable fitness may see him given the nod over Thiago, who has started three of the last five games since his recovery from a long-term knee injury.

Klopp could also make a big call over how to deploy Minamino in attack, but with Firmino likely to start it is probable that the Japanese takes up a role on the left.

This is, of course, where he shone in the 7-0 thrashing of Crystal Palace – before strangely being left out of the next four league games and given just six minutes against Burnley – and could steel him for a convincing display at United: 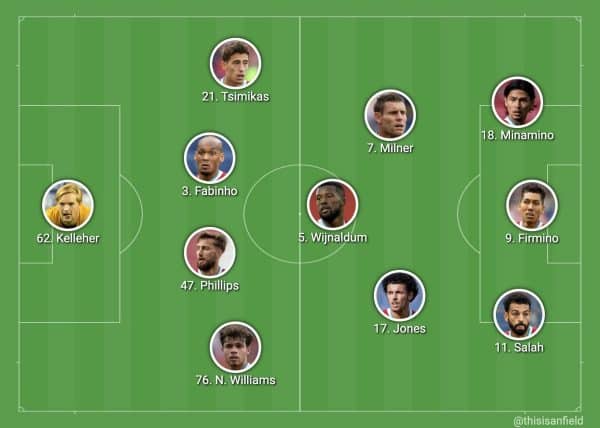 With United likely to field a strong side in their bid for a place in the fifth round, Klopp will be relying on the quality and knowhow of the likes of Fabinho, Milner, Salah and Firmino.

But by the same token, it could be that changes to his lineup could help spark a revival of Liverpool’s fortunes, with a win required to boost confidence on Merseyside.