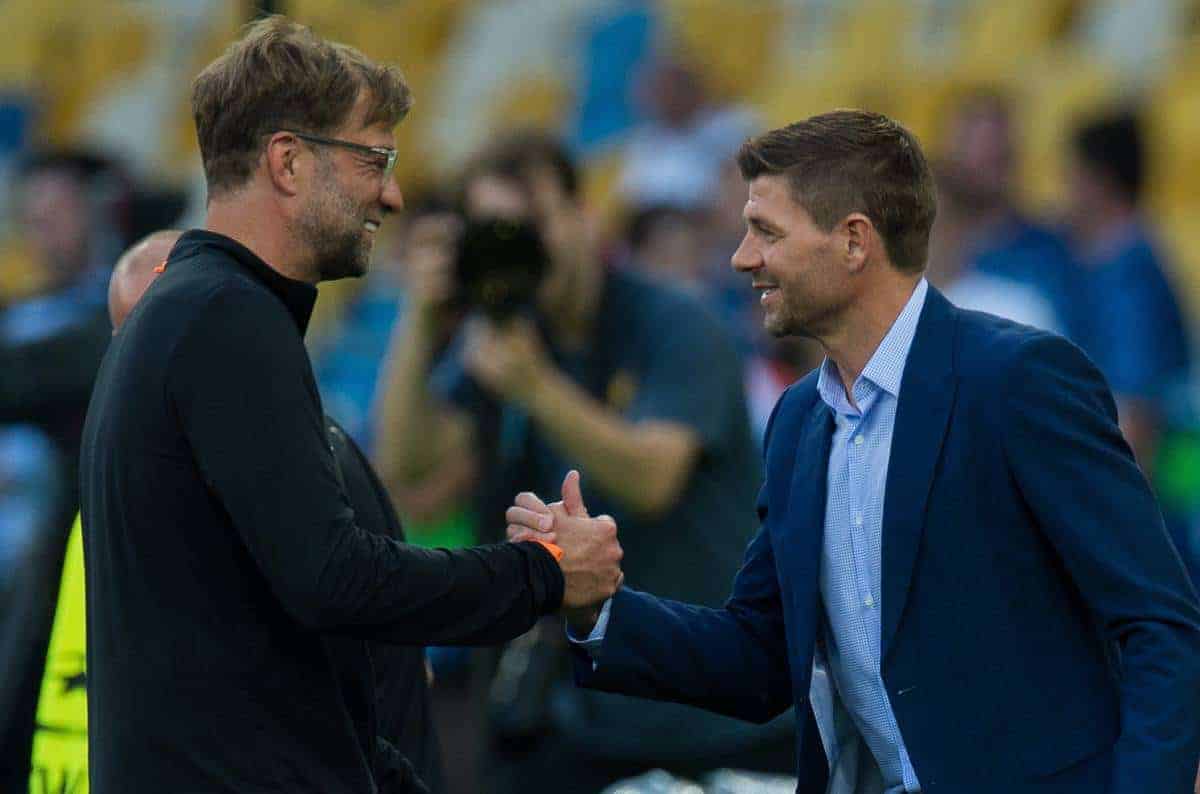 Steven Gerrard has admitted a “wee tad of regret” over not signing the one-year deal Liverpool offered in 2015, as he would have played a “small period” under Jurgen Klopp.

Gerrard ended his 17-year senior career with the Reds after Brendan Rodgers’ final full season at Anfield, opting to join LA Galaxy for a swansong in the US.

Rodgers departed just two months into the following campaign, however, which ushered in the Klopp era, with Liverpool enjoying considerable success in the years since – most notably with the Premier League title.

Now 40, and having retired in 2016, there was no way Gerrard would have been part of the squad that clinched the one trophy he coveted most last season – but he regrets not staying to work under Klopp.

“Looking back now, I wish I would have signed the final one-year contract I was offered by Liverpool because I would have had the opportunity to maybe have a small period of playing under Jurgen Klopp,” he told the Mail.

“There is a wee tad of regret – and I say wee because I’m up in Scotland.

“I had a fantastic journey at Liverpool and the highs that club took me to are memories I will never forget and will always cherish and I think about them every single day.

“At the same time, I had some moments that I have tried to move on from in terms of brutal lows.

“But I don’t want to always talk about the highs and lows. I want to look back on that journey with fondness because I lived my dream and I played for my local team and I achieved things I never dreamt of.”

While Gerrard’s time as a player at Liverpool ended in 2015, his association with the club remains as one of the Reds’ most legendary figures, and he is regularly touted as future manager.

But while he said he is “not going to be at Rangers forever” as he has “dreams of one day going down south,” Gerrard is in “no rush,” particularly when it comes to the Liverpool job.

“They have got a fantastic, world-class manager, they are on a real wave of success and as a fan that is an unbelievable place to be in,” he said.

“And I am really proud of the club and the efforts of the last couple of years and I’m loving seeing Liverpool where they are right now.

“I need to focus on the job I’m in now which is a fantastic opportunity for me and a huge job.”

Gerrard recently hit the 150-game mark in charge at Rangers, and his side currently sit 23 points clear of Celtic at the top of the Scottish Premiership, having played two games more.

He is overseeing a power shift in Scotland, and should be lauded for his efforts in Glasgow – but Gerrard is right in assessing that Liverpool are in safer hands at present.