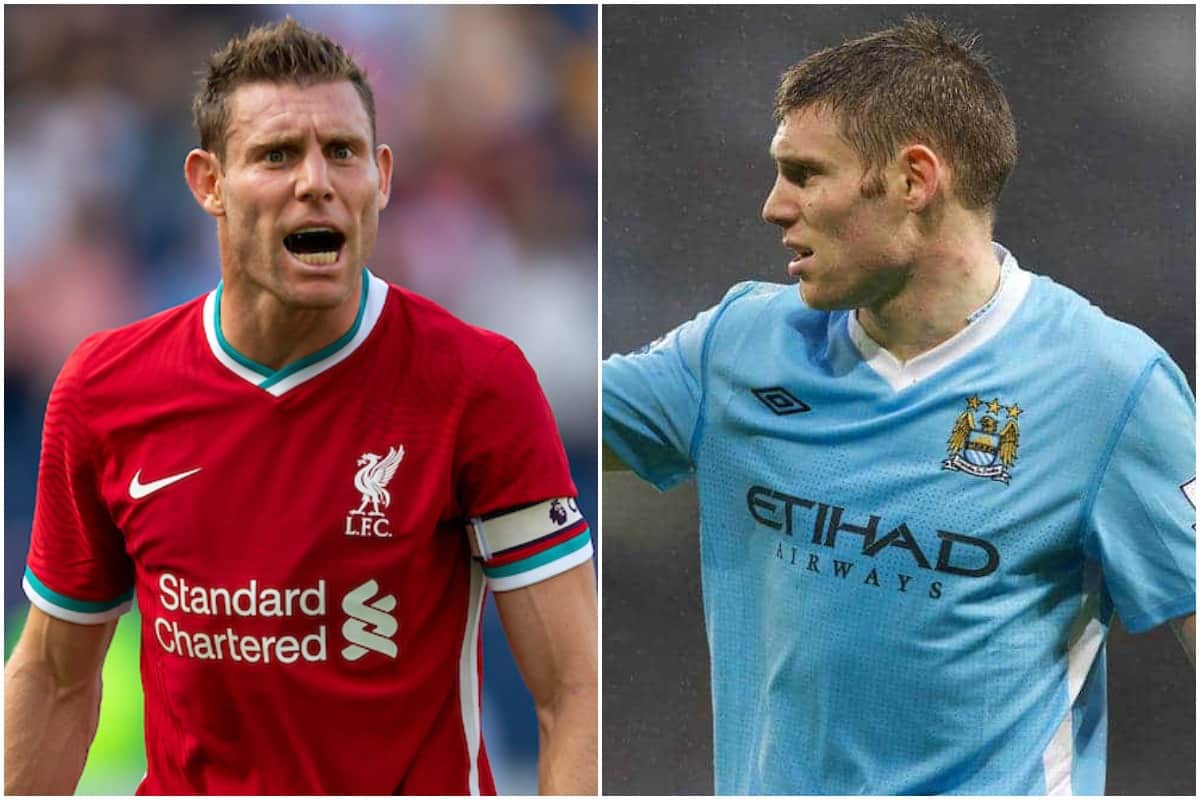 The undisputed Premier League king of social media is James Milner – there’s simply no discussion. But until he finally joined up in 2018, another ‘persona’ was near-perfect.

If you’re at all involved in #footballtwitter, and quite possibly if you’re not, you’ll know about the Boring Milner account.

The parody has for years posted dry, mundane and everyday quips and conversations under the guise of being the Reds’ No. 7, taking to the extremes Milly’s penchant for being understated and low-key.

But Milner himself has gone bigger and better across the social media spectrum, taking on board the perception that some have of him and twisting it with his own humour and entertainment value, whether it be with his iconic ‘measuring the grass’ photo or, more recently, his puntastic lockdown music post on Instagram.

For years, though, it was Boring Milner or nothing – and the real Milner had a prime suspect back in his Manchester City days when trying to figure out who was behind the jibes and jokes.

Vincent Kompany invited me to the Christmas markets tonight but my toaster isn't going to clean itself so I said no. pic.twitter.com/loGrdAC5gE

The man who Milner thought was behind the keyboard was then-team-mate Micah Richards, who insists he had absolutely nothing to do with it – but has nothing but praise and respect for Milner’s manner and personality.

“He has plenty of banter. He is super intelligent and very sharp, and rips into you in a very dry way that would always crack me up.

“When someone started up the parody “Boring James Milner” Twitter account when we were at City together, everyone thought it was me behind it, including Milner.

“Whoever it was, they were only following me and a couple of others at the time so I was the prime suspect. Whenever a new post went up he would say: ‘Come on, mate, you’ve had your fun – stop it now.'”

Richards, in his BBC column, reveals he contacted the real culprit – a nameless internet individual who, as far as we know, remains anonymous to this day, several years and 650,000 followers – not to mention several Boring Milner-esque real Milner tweets! – later.

Hey @Alex_OxChambo Barrels of laughs here in the Milner household as well – rationing the tea bags for the week??#crazydays#somuchtogetonwith#notgotthemovestocompete pic.twitter.com/WLDAJjyHOc

“He would not disclose his name but he sent me a picture of himself and it was just some random bloke. I just told him: ‘Keep it up. It is unbelievable – I love it!’

“As you can see, Milner found it funny too and has played along with it down the years. He has always been able to laugh at himself and being so humble is another reason he is so likeable.”

Richards goes on to explain why our vice-captain’s humble approach, relentless professionalism and guidance to young players is exactly why he’ll be a key reason that Liverpool recover from this slump in form soon enough.

The experienced head of the squad has been through it all before, the highs and the lows, and his discipline and dedication on the training pitch sets the standards others must match.

That it all comes alongside a brilliant sense of humour at the right time is even better!