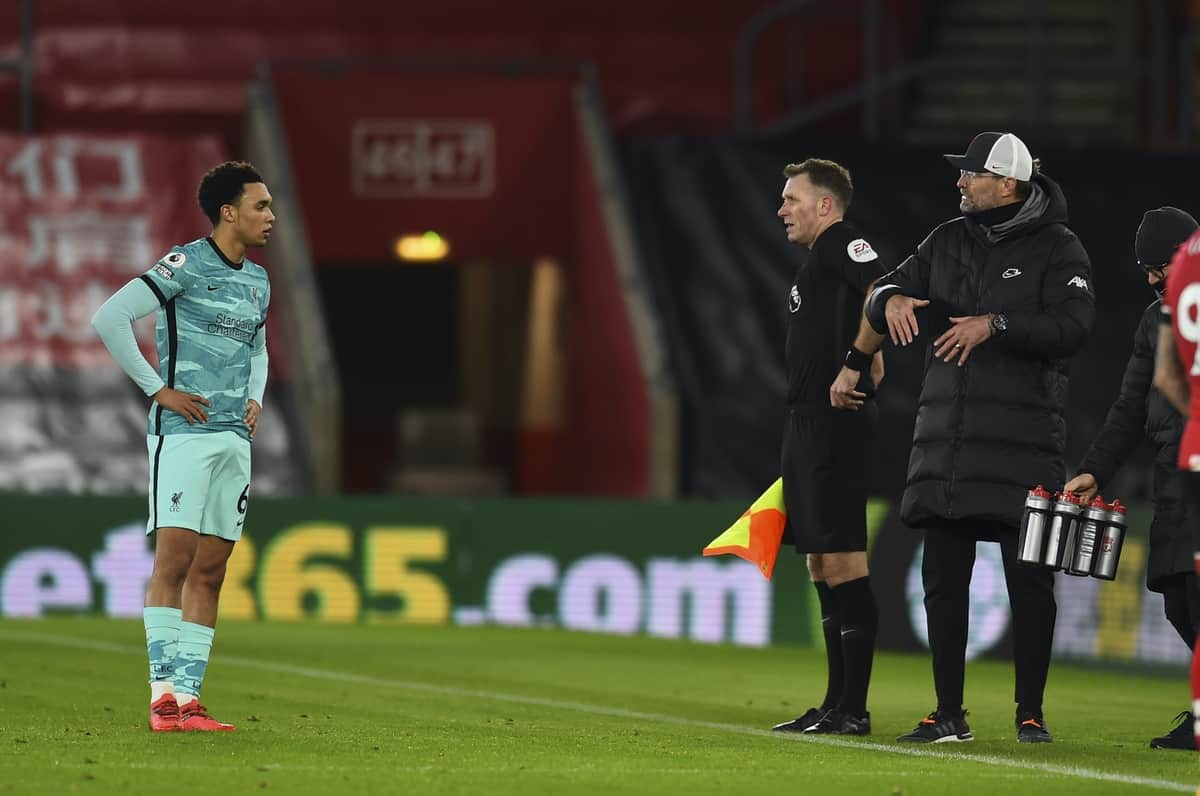 Trent Alexander-Arnold produced a dire display as Liverpool fell to a 1-0 defeat to Southampton, with the right-back setting an unwanted Premier League record.

The Reds were, by and large, shocking at St Mary’s, with the standout showing from one of Thiago or Sadio Mane, as few others impressed in another disappointment on the road.

Alexander-Arnold was arguably the worst on the night, with the No. 66 suffering the ignominy of a second-half substitution in favour of an out-of-position James Milner.

Jurgen Klopp‘s decision to overlook natural right-back Neco Williams is a debate for another time, but few would have argued with the call to hook Alexander-Arnold.

It was revealed as part of Sky Sports’ coverage of the loss that the 22-year-old had given the ball away 38 times over the course of his 77 minutes on the pitch – an average of once every two minutes.

The significance of this statistic comes with this the most of any player in the Premier League so far this season, highlighting how poor Alexander-Arnold’s use of the ball was on Monday.

This can be seen as symptomatic of the inconsistent form of Liverpool’s first-choice right-back throughout the campaign, and this is where a cold night for Williams comes in.

Williams has made 10 appearances so far this season, of which seven have been starts, but it has now been a month since his last start, with only one substitutes’ appearance coming since that 4-0 win over Wolves.

Klopp was public in his praise of the Welshman around that time, following his impressive display in the 1-0 victory against Ajax, but the proof may be in his team selection over the festive period.

With the FA Cup third-round trip to Aston Villa to come on Friday night, it is likely that Williams comes in, and ahead of the return to league action at home to Man United on January 17, there may be cause for a pep talk from Klopp to an out-of-form Alexander-Arnold.