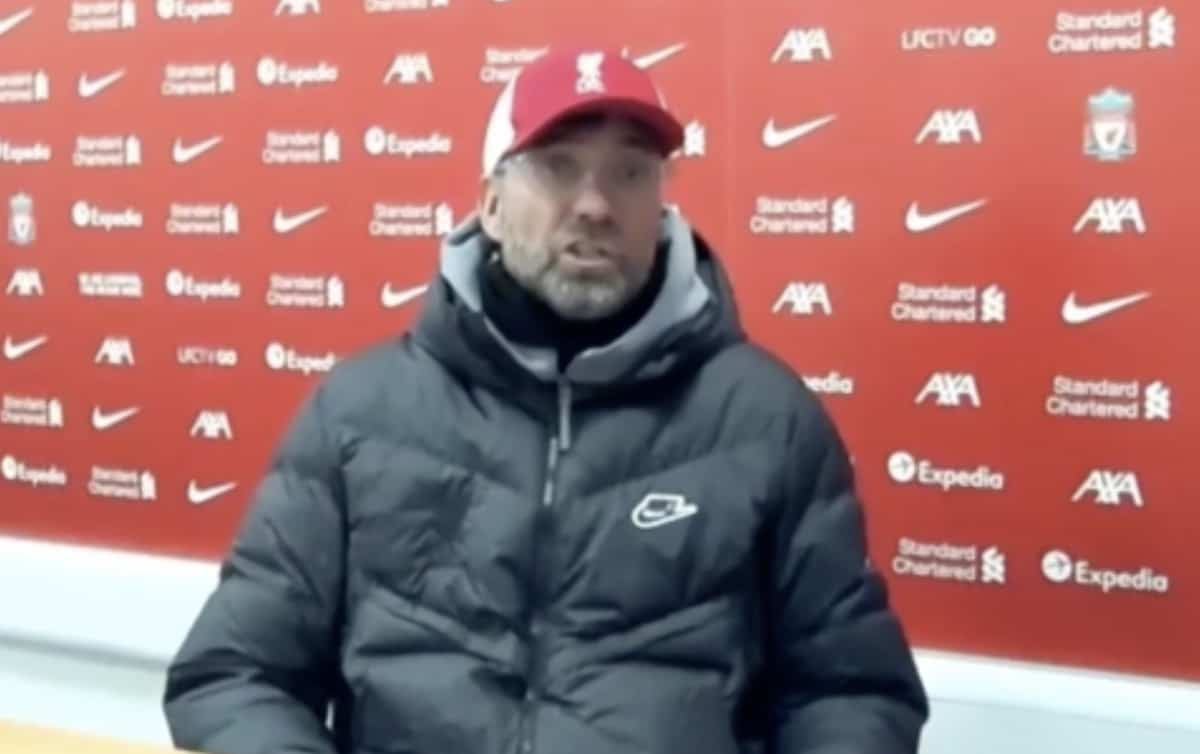 Jurgen Klopp feels Liverpool’s problem at this moment in time is their “decision making,” as he shouldered the responsibility for the defeat to Burnley.

The Reds’ slump reached new depths as they saw their 68-game unbeaten run come to a toothless end in the 1-0 defeat to Burnley.

Klopp’s side were not without their chances but their barren run in front of goal, which is now four league games, ensured a late penalty conversion from Ashley Barnes consigned Liverpool to defeat.

It leaves Liverpool with an uphill battle this season and the decision making needs swift improvement if they are to turn things around.

“Our problem at the moment is our decision making and our decisions are based on the information I give and the mood we are in – so how confident you are to do it,” Klopp told reporters post-match.

“And that’s the reason we didn’t score in these moments. It’s not cool to mention it now but we won games with less possession, less chances against Burnley.

“I look back at the game now and I’ve had a little time to think about it and, how is it possible we lose that game?

“But we lost it, so we made that happen and that means [it’s] my fault.”

The boss also didn’t have time to talk about the title as the focus is solely on getting back on the scoresheet and winning games.

“How silly would it be if I sat here losing against Burnley and didn’t score for three, four games and then I talk about the title race,” he added.

“We have to win football games and for this we have to score goals and that’s what we have to change, and have to do better.”

And it’s all about working “on this decisive 10 percent” for Liverpool as they move forward, with Man United next on the agenda in the FA Cup on Sunday.