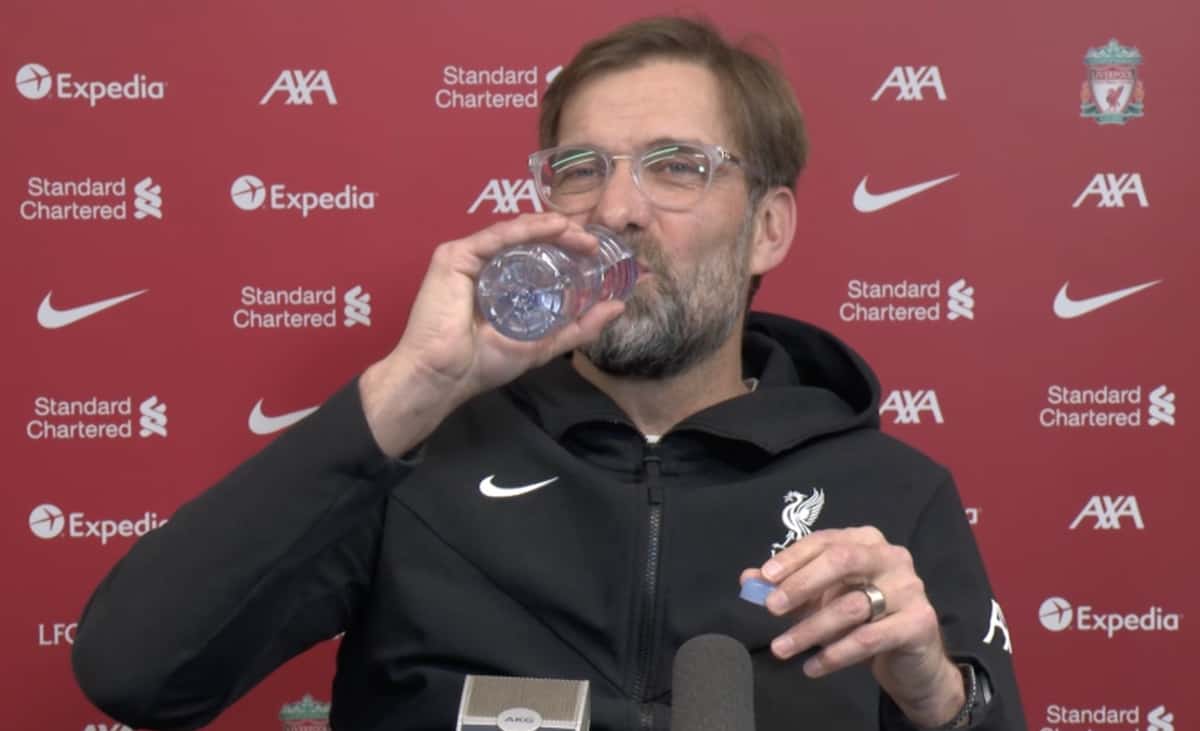 Juren Klopp is expecting yet another “proper fight” against a physical Burnley side as his side look to snap out of a four-game run in the league without victory.

It’s a set of circumstances not readily experienced in recent years under Klopp, with Liverpool struggling to score and subsequently win games – no matter how ugly.

Recent results have seen the Reds slip to fourth in the table, and while the state of the season ensures they are not too far adrift, a victory is desperately required to get the wheels back in motion.

And much of the pre-game talk, of course, centred around the barren run in front of goal and the title race.

Klopp refuted claims that fatigue is a factor saying, “It plays absolutely no role. We are as fresh as possible” despite fans and pundits alike thinking to the contrary.

“The calmer you stay, but staying greedy as well, and make good decisions then the earlier the situation will change,” he added on the goal situation.

Liverpool will face yet another problematic low-block in Burnley on Thursday evening, and an intense encounter is expected against a stubborn Sean Dyche side.

“When you look at the goal difference, I think it’s nine-22, that means obviously they didn’t score a lot of goals but they don’t concede a lot as well,” the manager said of the visitors.

“So that just shows us how tough the game will be, but it was always like this against Burnley: a proper fight, second-ball fight, defending the channel balls, defending the intensity – Burnley puts in a specific intensity – and all these kind of things.

“They play a specific way and I really respect that. They do it for years and Sean is always able to squeeze really good performances out of the squad.”

The boss also provided an update on Joel Matip, who has “trained completely normal” with a decision to be made on Thursday, while Diogo Jota is still “a few weeks away.”