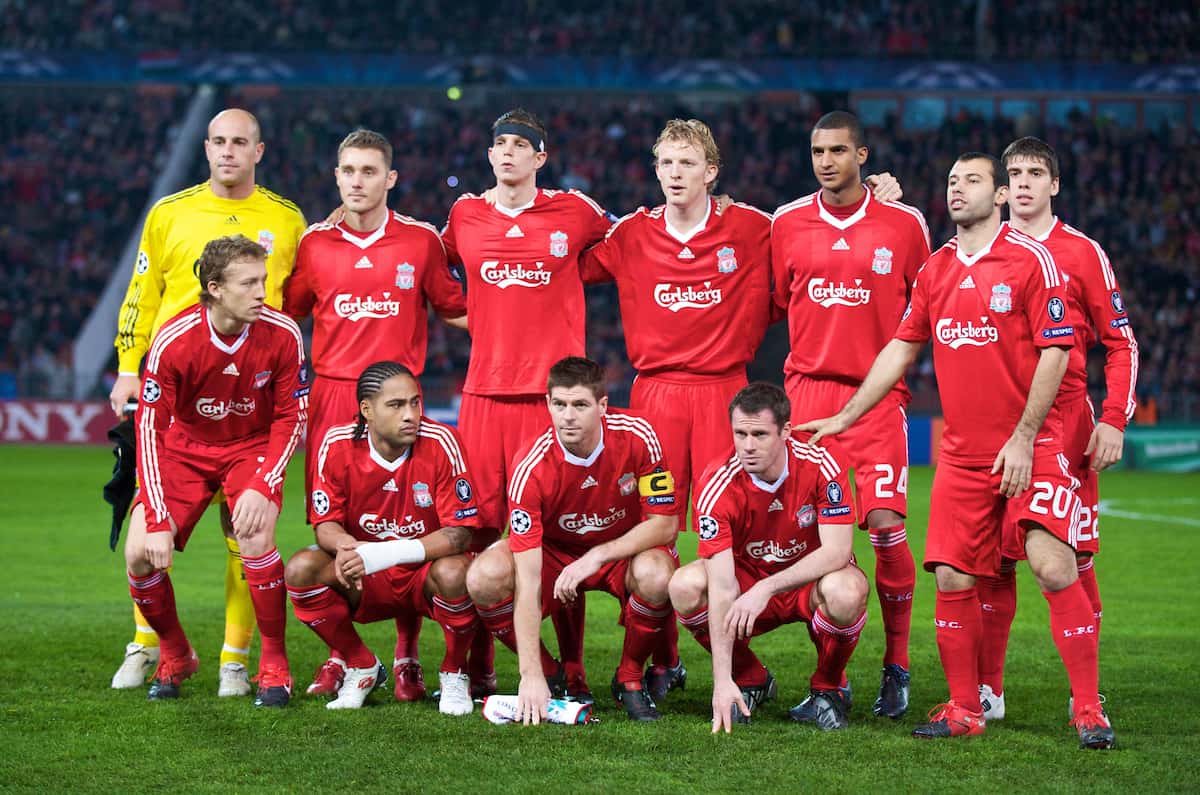 It is the first time in 12 years Liverpool have descended on Hungary after their last-16 Champions League clash with Leipzig was forced to be played out in Budapest.

The Reds will make their sixth trip to the idyllic Budapest due to what is representative of the turbulent season due to the pandemic, where they will hope to return with a result they have achieved just once before in Hungary.

And that came in their last visit to the capital city when Rafa Benitez was at the helm, Steven Gerrard was club captain and The Black Eyed Peas topped the UK single charts.

The year was 2009 and the Reds were enjoying their sixth consecutive European Cup campaign, and what would ultimately be their last until 2014, and had been drawn against Hungary’s Debrecen in the group stage.

The Reds’ position was precarious by the time they packed their bags for Budapest after picking up just four points in the first four games, meaning they had to win and rely on other results to keep their hopes of progression to the knockout stages alive.

As ever, Reds travelled in their numbers on the autumn day in the hopes of witnessing yet another great escape in a competition Liverpool have a long illustrious history with. 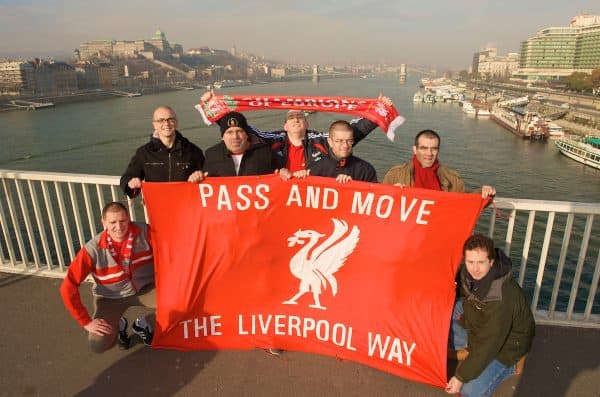 Liverpool had travelled without Fernando Torres due to a groin issue in what was a season Benetiz found his small squad besieged by injury.

It ensured David Ngog continued to lead the line in the Spaniard’s absence and in a raucous environment which housed 42,000 fans he proved to be the match-winner with just four minutes on the clock – with an unlikely assist provider.

That man being Jamie Carragher after his knockdown was snuffed up by the then 20-year-old at the Ferenc Puskas Stadium, which is now known as Puskas Arena after it was rebuilt in 2016.

The Reds ought to have seen their dominance reflected on the scoreboard, but it was always set to be a night where fingers were crossed for an entirely different game being played out in Lyon.

Benitez had seen his side hold up their end of the bargain with a 1-0 win, but their inability to notch results in their previous three group matches left them needing Lyon to defeat Fiorentina. 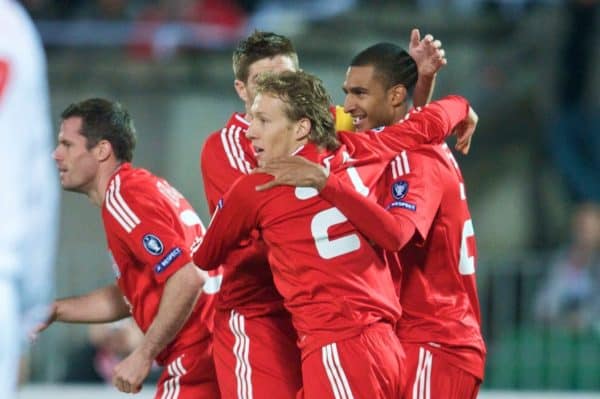 And the news that trickled in over the stadium speakers and from various TV sets from the Stadio Artemio Franchi proved to be the final nail in Liverpool’s 2009/10 Champions League coffin as Fiorentina had won.

The Reds were eliminated from the Champions League at the group stage for the very first time under Benitez and were funnelled into the Europa League.

“We did our part and we did our part well. Obviously, we cannot control the other game, but this win will give us confidence,” is how Benitez reflected on the outcome post-match.

And ever the uplifters, the sound of the Liverpool faithful remained strong as they turned attention to a final in Hamburg instead of Madrid, singing from the stands: “We’re the greatest team in Europe, and we’re going to Germany!”

They would fall one hurdle short, however, bowing out against Atletico Madrid in the semi-final.

Now, 12 years on and Liverpool return to Budapest to face German opposition, with no fans present and with a chance to set foundations ahead of the last-16 second leg.

There will be no need to look over their shoulders here, but with silverware elsewhere off the table Jurgen Klopp‘s men will know how important a positive result in Hungary will be in their bid to qualify for the quarter finals and get their season back on track.