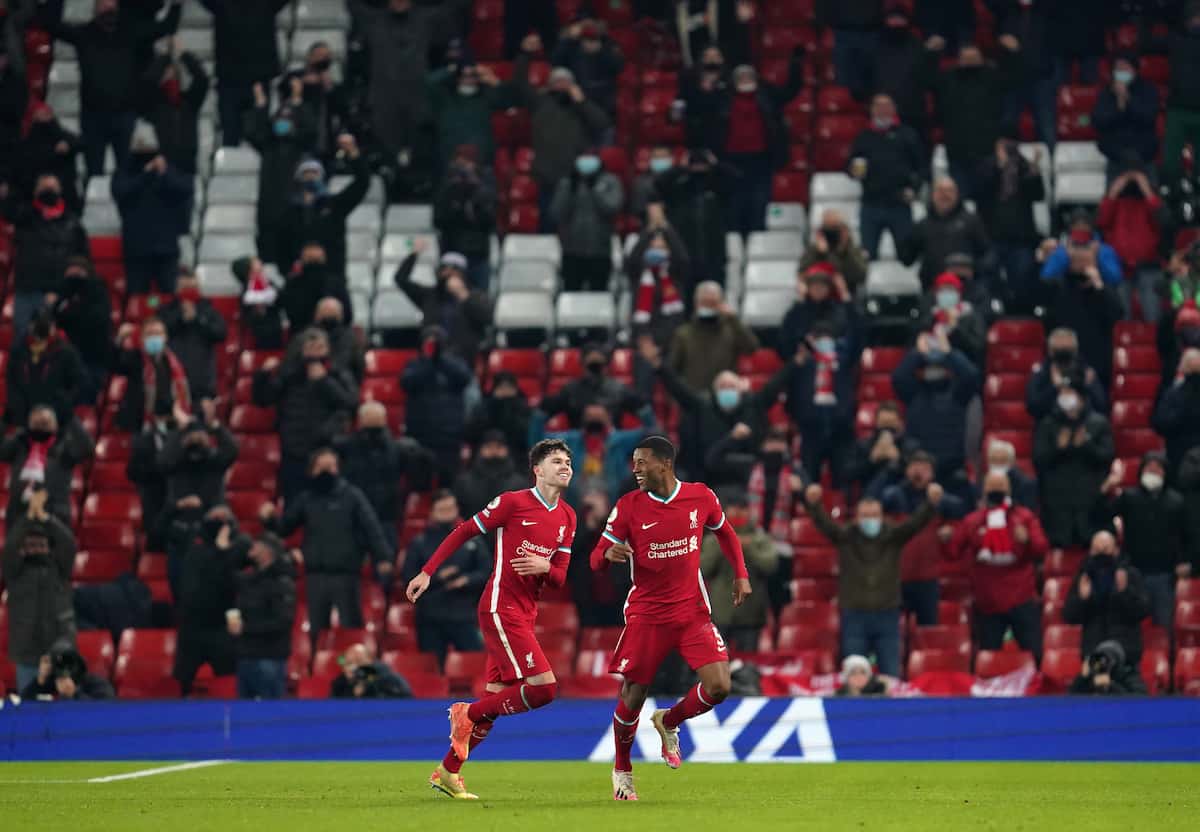 Liverpool could see up to 10,000 fans return to Anfield for the final day of the Premier League season after the UK government announced its plan to move out of lockdown.

The 2020/21 Premier League season has been played primarily behind closed doors, with the exception of a handful of games back in December which hosted no more than 2,000 fans.

But that figure is to rise to up to 10,000 fans on May 17, at the earliest, after the government announced its route out of lockdown on Monday, so long as each COVID-19 measure is safely met prior to that date.

The move would enable all English stadiums to open their gates to fans, where stadiums with 40,000 seats will be allowed a capacity of 10,000 while smaller grounds will be limited to a quarter of their capacity.

This move would enable the Reds to welcome fans back to Anfield for their final game of the Premier League season on May 23, against Crystal Palace.

It could act as a vital boost should Jurgen Klopp‘s side still have something to play for at that stage, with a top-four battle currently on their hands.

It is all, of course, dependent on England navigating these next few months without a rise in COVID-19 cases, which are on a decline thanks to the rollout of the vaccine.

Pilot events are to take place in April “using enhanced testing approaches” and to see how they can be hosted with “reduced social distancing.”