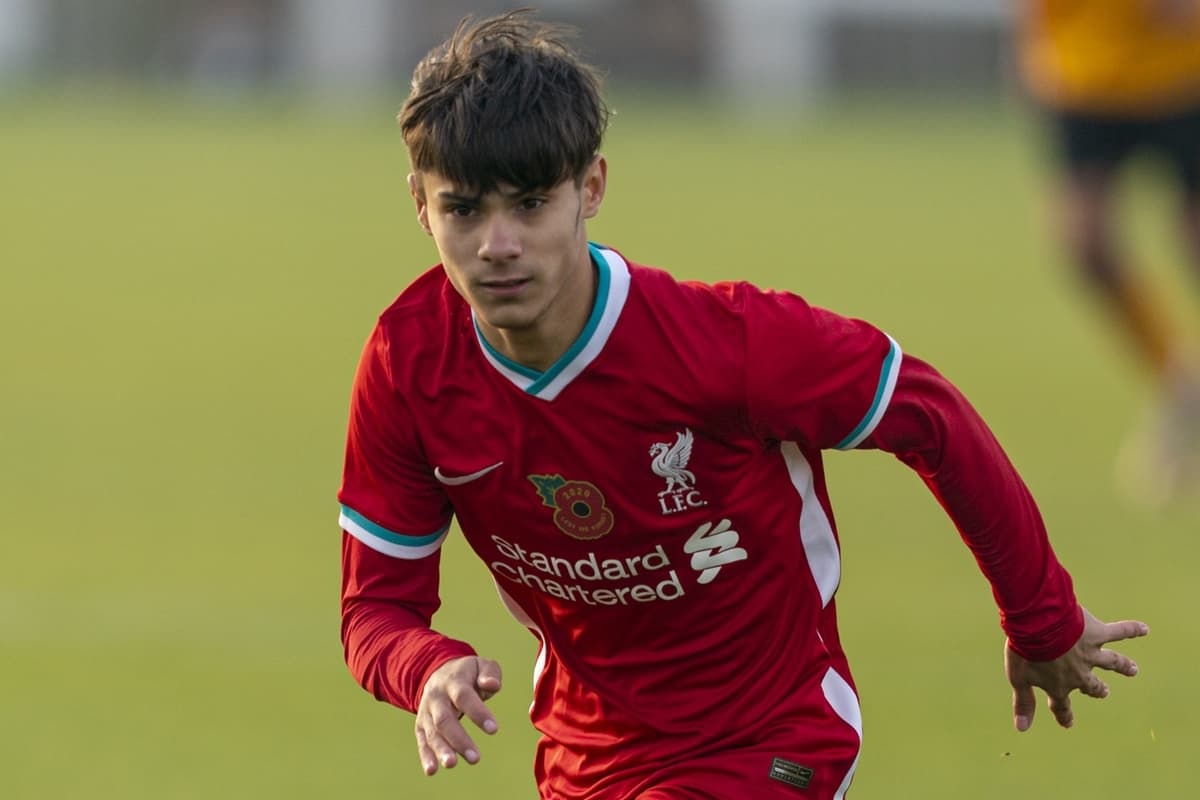 The Liverpool under-18s responded to a 4-2 loss to Man City at the end of January with a strong 2-1 win at Stoke, with Oakley Cannonier and Mateusz Musialowski standouts.

After a 5-3 friendly win over Bolton at the weekend, the young Reds played their second competitive game of 2021 as they travelled to Clayton Wood for a clash with Stoke rescheduled from January.

Marc Bridge-Wilkinson was without Layton Stewart, who scored twice against both Bolton and, last month, Man City, as Musialowski stepped in to lead the line.

Musialowski was a spark throughout, and was involved in an impressive first goal for Liverpool, as after the Pole was blocked on the line, midfielder James McConnell was on hand to volley a brilliant finish into the bottom corner for 1-0.

Unfortunately, the lead did not last long, as a trademark Stoke set-piece left debutant goalkeeper Fabian Mrozek – signed from FC Wroclaw in the summer – rooted to the spot as Tom Nixon headed home.

There was a big penalty call for the young Reds late in the half as captain Jarell Quansah was dragged down during a free-kick routine, but the referee waved play on and the break came with the scores tied. 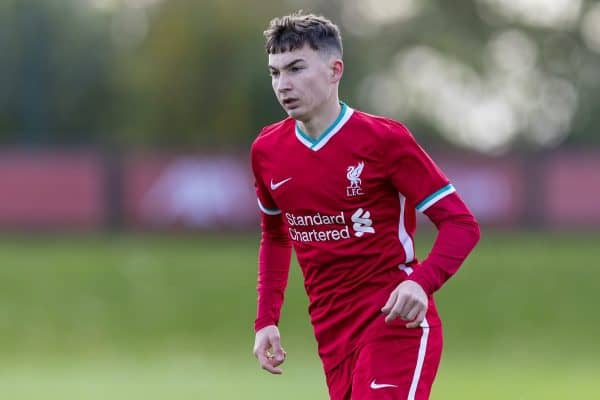 Mrozek was the busier of the two goalkeepers in the first quarter-hour of the second half, with Liverpool struggling to string a series of passes together against a physical Stoke side.

But a tactical change on the hour mark, with the goalscorer McConnell replaced by Melkamu Frauendorf and Cannonier moving from the right flank to the left, saw a shift in momentum.

Musialowski stayed as No. 9, and within five minutes he had supplied a goal for Cannonier, who drifted onto his deft pass and fired home decisively to put the young Reds ahead.

Cannonier had a big chance to grab another soon after, again following brilliant work from Musialowski, but the 16-year-old was unable to produce the first-time finish required.

Then Cannonier almost turned provider on the break, with a smart move that began with Terence Miles’ block at the other end seeing the forward clip a pass across to Isaac Mabaya, whose placed effort was cruelly denied.

It was a deserved result, therefore, when the whistle blew for full-time, with Liverpool back to winning ways after defeat to City.