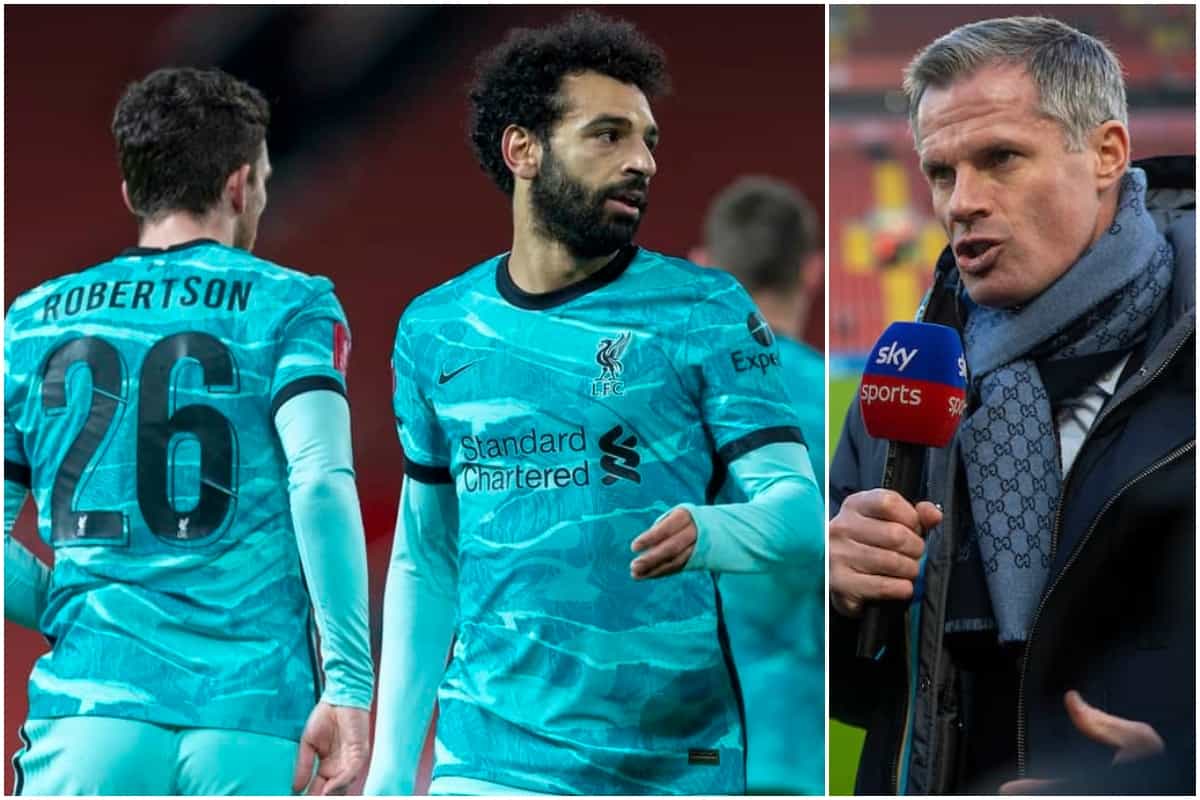 Jamie Carragher believes Liverpool must inject three starting XI players into their squad in the summer after highlighting the immense three-year strain in the current team.

The Reds have all but seen their title hopes end following the weekend’s defeat over Man City, which has led to widespread analysis of what has not gone to plan for Jurgen Klopp‘s men.

And as part of Sky Sports’ Monday Night Football, Carragher presented his assessment which stems back to the 2018 Champions League final and how the team has largely remained unchanged since.

There were, of course, the key pillars of Alisson and Fabinho who were added after the European final defeat three years ago, but the first-choice XI has been heavily relied upon with squad depth not always at Klopp’s disposal.

“I think Liverpool are back at that stage where they need those three players to come in again to give them that jolt,” Carragher said as he highlighted the league minutes Klopp’s Champions League final team of 2018 has played for him since. 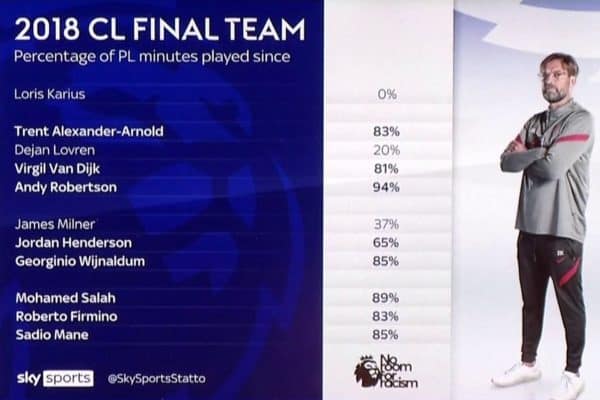 It’s an eye-opening look at the nine players who remain at the club, eight of whom are regular starters, from that day in Kyiv and goes a long way in providing a visual representation of the fatigue which has been accumulated – both mental and physical.

“We’re talking about intensity and Liverpool maybe dropping off and looking a little bit jaded physically – and how similar this [2018 Champions League final] team is to what Liverpool have today,” Carragher explained.

“This is a team that have gone to the well for three years and produced unbelievable moments, trophies for this club. And that’s why I find it a little bit hard to be too critical of what I’m seeing at the minute.

“This is not an attitude thing. This is not a team who think, ‘We’ve won the league, we’ve made it’. They just haven’t stopped for three years. That’s why I say they need a little bit of help.”

It comes as no surprise that Andy Robertson tops the list for the percentage of Premier League minutes played since the start of 2018/19, with his 94 percent going some way in justifying a perfectly acceptable drop-off. 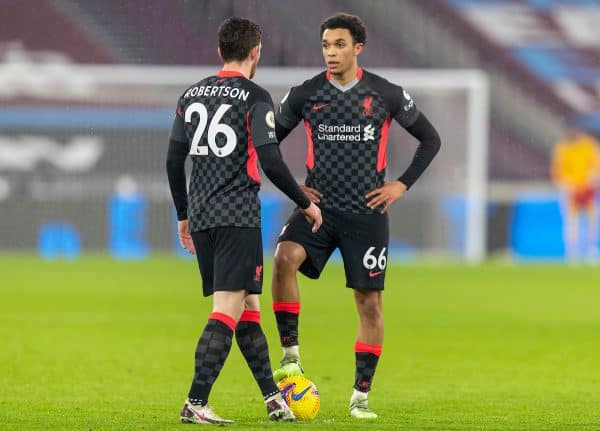 The full-backs are a key component of Klopp’s system and without a suitable deputy, the Scot has shouldered the responsibility, likewise with Trent who has played 83 percent of the minutes.

“Robbo and Trent, let’s say, they cannot play every season 50-something games—it would limit their careers,” Klopp said back in August, but injuries elsewhere and a lack of depth has forced his hand.

The same can be said for the front three, who have each played more than 83 percent of the minutes, and now look off their feet having had little competition.

In fact, a further graphic has the forwards as three of five Reds who have made the most appearances in all competitions of any Premier League player since 2018 – with Mohamed Salah topping the 11-man list.

The accumulation of minutes in Klopp’s system, the pandemic and injuries which have had a knock-on effect have all come to a head and Liverpool are now running on empty. 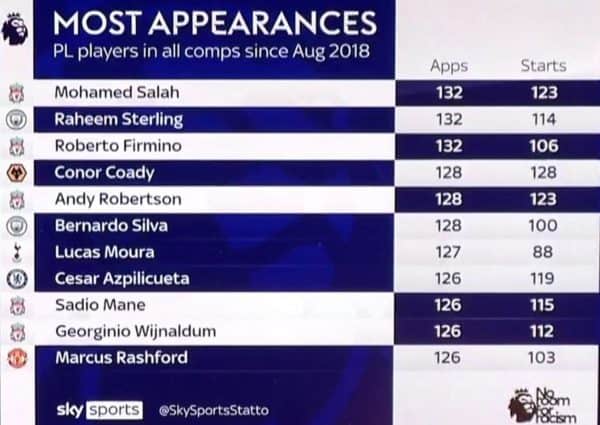 Squad depth to negate such issues has not been a luxury Klopp has readily had and Carragher feels three players, who would slot straight into the XI, need to be injected into the team.

“People say, ‘Well, Jurgen doesn’t rotate’. Liverpool haven’t got the quality of squad and back up of other clubs,” Carragher added. “Liverpool wouldn’t have won the trophies they have done over the last two or three years if he’d rotated.