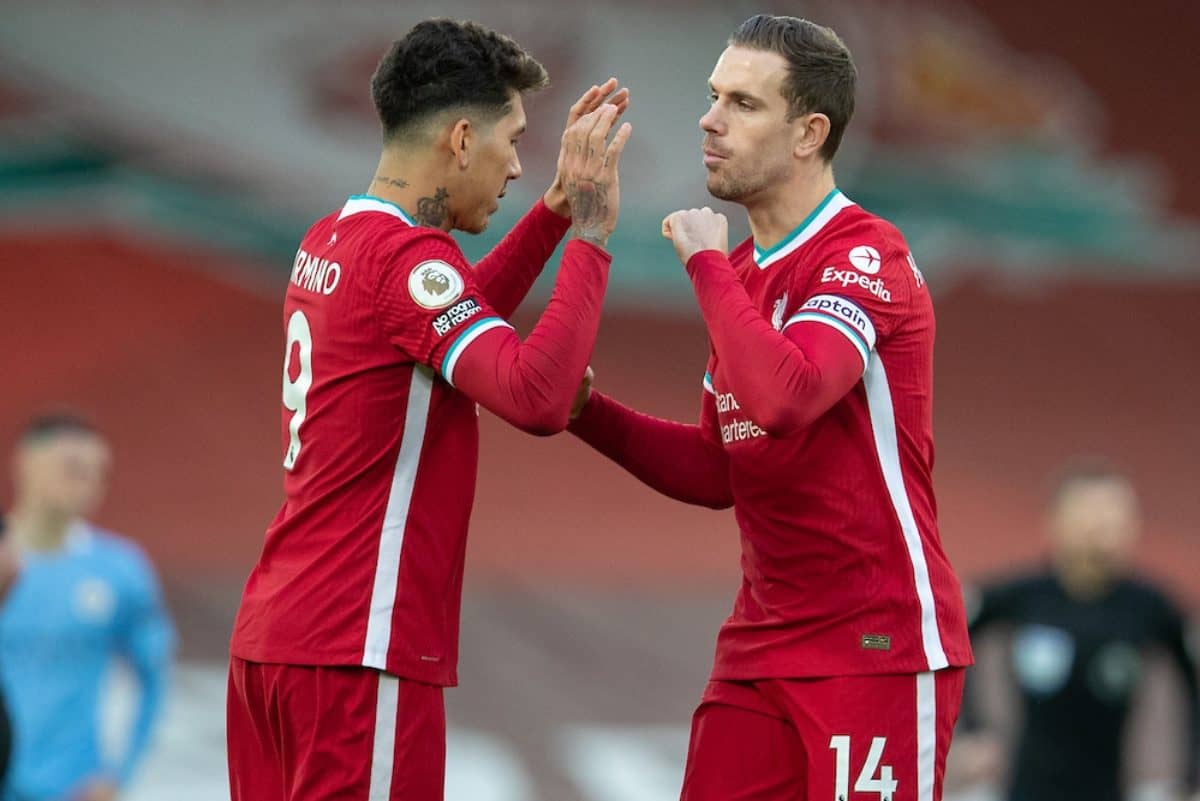 Jurgen Klopp has named an unchanged starting XI for Everton‘s visit, with Naby Keita returning to the bench for his first appearance in a matchday squad since December 19.

The Reds have an opening to capitalise on today when Everton arrive at Anfield for the 238th Merseyside derby, where they will look to harness the midweek win over Leipzig to their advantage.

Carlo Ancelotti’s side sit just three points behind Liverpool with a game in hand, but they head into today’s match off the back of two league defeats on the bounce.

The domestic form of Jurgen Klopp‘s men isn’t all that better but the Reds will aim to put that behind them when they go in search of their 12th win of the campaign.

Alisson remains locked in between the sticks and with Fabinho still unavailable, Jordan Henderson will partner Ozan Kabak in the centre of defence for the third successive game.

Trent Alexander-Arnold and Andy Robertson, meanwhile, will be deployed on their respective flanks.

In midfield, Gini Wijnaldum holds onto his post in the No. 6 role and is joined by Thiago and Curtis Jones.

And Roberto Firmino starts his 200th league game for Liverpool to lead the attack alongside Sadio Mane and Mohamed Salah.

From the bench, the boss will have the likes of Keita, Xherdan Shaqiri, Alex Oxlade-Chamberlain and derby hero Divock Origi to call on. 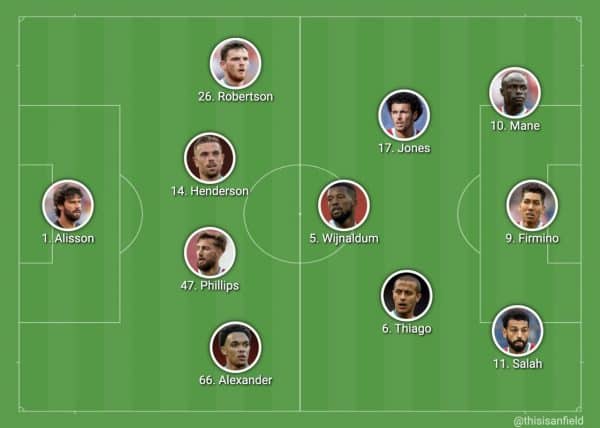