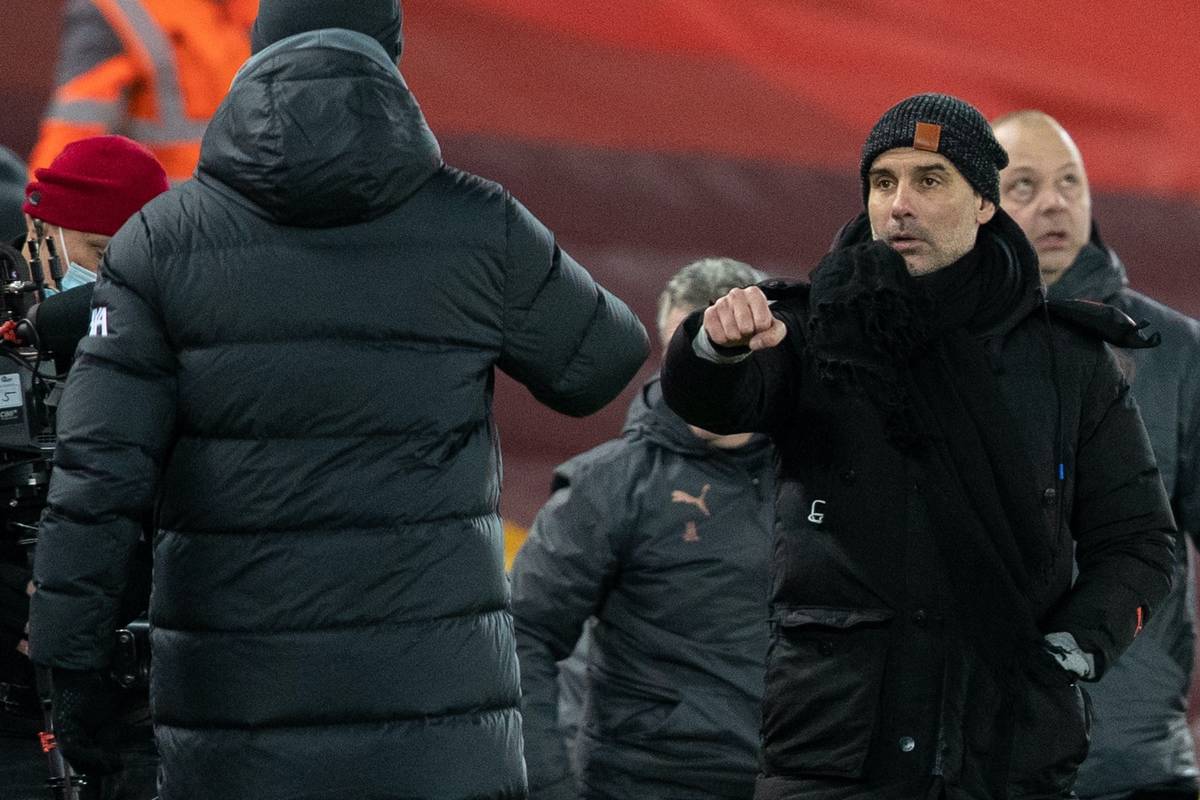 Pep Guardiola has not ruled Liverpool out of the Premier League title race, insisting Jurgen Klopp‘s side “remain one of the best” and that Man City can suffer losses too.

City went 10 points clear of the Reds with their 4-1 win at Anfield last time out, with the title favourites still holding a game in hand over the champions.

The weekend’s defeat has been portrayed as a death knell to Liverpool’s title hopes, and that is likely to be the case, despite there still being 45 points to play for between now and the end of May.

Mathematically, they remain in the hunt, but the blow of back-to-back losses – and three in a row at Anfield – has set Klopp’s side on course for a frustrating run-in.

Assessing the situation, however, Guardiola has stressed that “just because we won in the past it doesn’t mean we are going to win in the future,” and that Liverpool “remain one of the best teams” he has witnessed.

“Liverpool remains, from my point of view, one of the best teams I’ve ever seen in my life,” he told reporters.

“They were able to create an incredible run, the 68 or 69 games at home unbeaten, destroying, winning with a big margin, winning in the last minute, winning.

“Maybe three seasons, two or three seasons without defeat. So do you think it cannot happen with us? Of course it can happen.

“Two months ago we were out of all the predictions to be champions, or just qualify for the Champions League. We ‘don’t have any chance’.

“We were not an option to be champion, now we are already [deemed champions].

“So we maybe we shouldn’t play any other games in the Premier League, because we are already ‘champions’.

Though a rival manager, and one who has sparked the ire of Liverpool supporters many times in the past, Guardiola speaks sagely on the diverging fortunes of City and the Reds.

While it is clearly now City’s title to lose, particularly in this ridiculous season any side can suffer downturns in form akin to that of Liverpool – with the eventual winners likely to be those who were able to ride it out best.

At this point it is hard to see City losing five games and the Reds winning all of their remaining 15, but it is still possible.

That is why the likes of Guardiola and Klopp will take a pragmatic view of the situation until the last day of the campaign, as anything can happen.