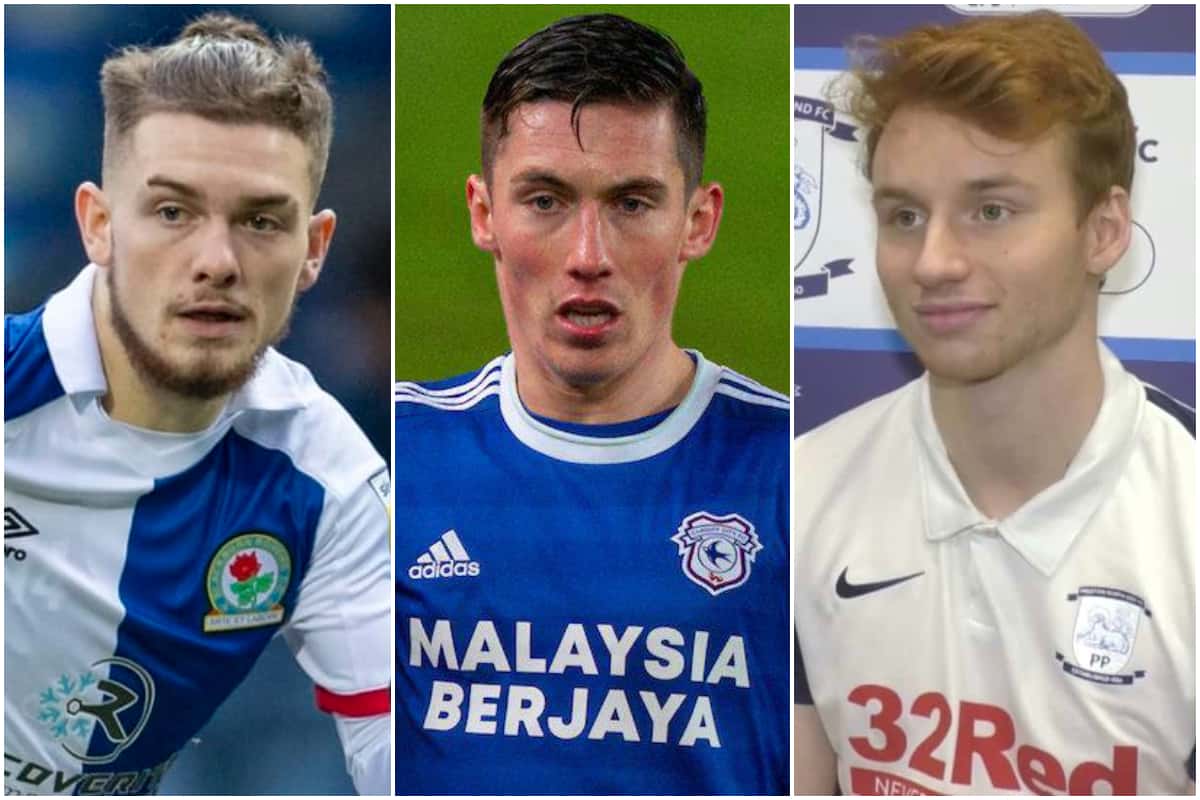 Harvey Elliott scored an impressive fifth goal of his Blackburn loan on Wednesday night, while over at Preston, Sepp van den Berg made his first start in a new role.

While Liverpool have been given an extended spell at Kirkby between the Merseyside derby and Sunday’s trip to Sheffield United, it was business as usual for a host of their loanees in midweek.

For Elliott, it brought a 23rd start and 27th appearance for Blackburn as they hosted Watford, which unfortunately ended in a fifth consecutive defeat for the Championship side.

It is a difficult period for Tony Mowbray’s Rovers, but Elliott has remained influential when called upon, with the visit of the Hornets being his third start in that frustrating five-game run.

The 17-year-old started on the right flank at Ewood Park, having also been fielded on the left, in the midfield and even as a centre-forward in recent outings.

Goals from Joao Pedro and Liverpool target Ismaila Sarr put Watford 2-0 up heading towards half-time, only for Elliott to half the deficit with a powerful strike on 43 minutes.

A sloppy, makeshift defence continued to struggle in the second half, with Ken Sema adding another for Watford with a simple drive from inside the box, ensuring Ben Brereton’s late finish from a Stewart Downing corner was a mere consolation.

Elliott played the full 90 minutes for the 16th time this season, but the defeat leaves his side 15th in the table, albeit with a game in hand that could see them leapfrog Bristol City into 12th.

From one club experiencing a dramatic winless run to another on a resurgent string of six consecutive victories, as Mick McCarthy oversees an upturn of fortunes at Cardiff.

Harry Wilson has fought his way back into McCarthy’s lineup, and played a key role in a 2-1 win over his former loan club Bournemouth – now managed by ex-Liverpool scout Jonathan Woodgate – on Wednesday.

The 23-year-old teed up Cardiff’s opener through Sean Morrison, and it came from a familiar situation for the Cherries as Wilson arrowed in a corner for the centre-back to head home.

Nine minutes later, Wilson’s blocked shot fell into the path of Perry Ng, and with the right-back brought down by Diego Rico, Kieffer Moore stepped up to convert the penalty.

Bournemouth grabbed one back through Shane Long in the second half, with Wilson having come off on the hour mark as another Liverpool loanee, Sheyi Ojo, was sent on.

Elsewhere, Van den Berg was given his first start since joining Preston on loan earlier this month, and it came in a surprise role for the 19-year-old, deployed at right-back rather than his preferred centre-back.

The Dutchman was heavily involved as North End kept a clean sheet in a 0-0 draw with QPR, with no Preston player having more touches of the ball (68) than Van den Berg, who also created the joint-most chances (two) and led his side for tackles (two) and interceptions (two).

It was the teenager’s first league start since leaving PEC Zwolle for Liverpool in 2019, and could serve as a strong platform to build on under Alex Neil.

On Tuesday, Takumi Minamino came off the bench for the final 32 minutes as Southampton limped to a dismal 3-0 loss to Leeds, while Adam Lewis made a late cameo in Plymouth’s own 3-0 defeat to Peterborough.

Liam Millar made his fourth consecutive start – and 10th in total – for Charlton, but could not help his side secure a result at home to Burton, with the Addicks losing 2-1.

Finally, Marko Grujic was a stoppage-time substitute in Porto’s 2-1 victory at Maritimo.