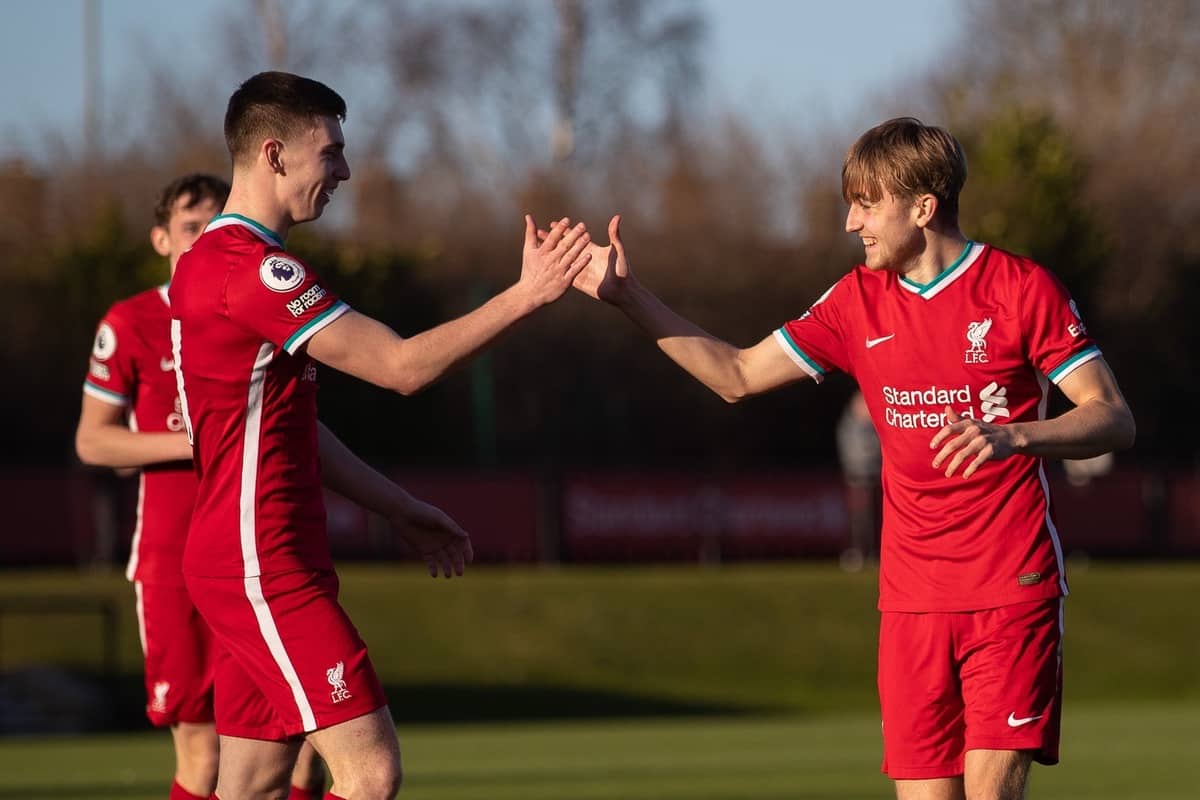 Jake Cain took his goal tally for the season up to seven, as the Liverpool under-23s midfielder struck twice in a comprehensive 4-0 victory over Arsenal on Saturday.

Up against an Arsenal side including Reiss Nelson, Barry Lewtas‘ U23s took to the field with three changes from their 3-2 win over Chelsea last time out, with Marcelo Pitaluga, Leighton Clarkson and Luis Longstaff all missing out.

Liam Hughes came in for his debut between the sticks, while Tom Clayton returned to the No. 6 role and Elijah Dixon-Bonner joining him in midfield as Ben Woodburn shifted into attack.

The first half was hallmarked by the relentless pressing work of Lewtas’ youngsters, who capitalised twice on Arsenal errors to go 2-0 up before the break.

First, Layton Stewart added to his maiden U23s goal against Chelsea as he latched onto a sloppy pass following great pressure from Woodburn, opening his body up and finishing well inside the box.

And after holding firm as Arsenal looked to trouble the assured Hughes, a big header from Morgan Boyes led to a poor touch at the back which Cain picked up before – having shifted well into space on his left – firing into the top corner. 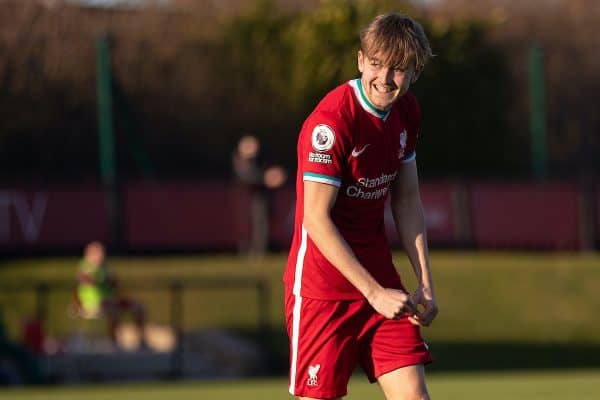 Having struck on the cusp of half-time, Cain then scored again within two minutes of the restart, picking up the ball from Woodburn’s pass and firing past Tom Smith after more excellent off-ball work from Stewart.

Conor Bradley was required to make an impressive last-ditch challenge to deny Nelson a one-on-one with Hughes, and the young Reds then went up the other end to cap the victory as Cain fed Woodburn for his first goal since returning from Blackpool.

A resounding lead gave Lewtas the opportunity to first reintroduce Paul Glatzel, who took the place of an outstanding Stewart, and then Abdi Sharif, who replaced Cain late on following a long period out with injury.

Having at one point gone six games without a win, losing four, the U23s have now taken back-to-back victories for the first time since the start of November.

The return of senior players such as Boyes and Woodburn, plus the cutting edge of Cain and Stewart, has give Lewtas’ side the stability they require – and no doubt Jurgen Klopp and his staff will be impressed watching on.