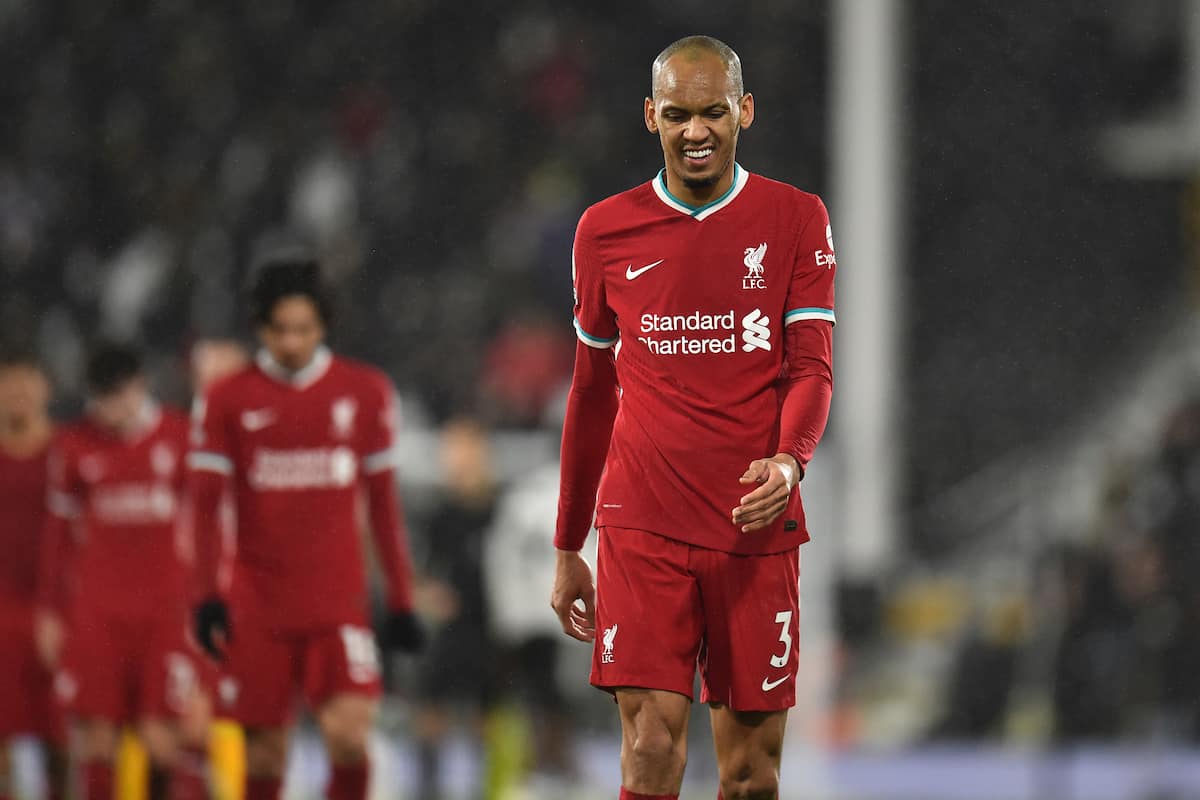 Jurgen Klopp has confirmed that Fabinho will miss the Merseyside derby with injury, but named the Brazilian among three Liverpool players who are “closer” to a return.

Fabinho was considered in with a half-chance of being fit for the visit of Everton on Saturday, but was not pictured in training at Kirkby on Thursday evening.

Now, speaking at his pre-match press conference the following day, Klopp has ruled the No. 3 out of contention, but revealed that Naby Keita could be back following a two-month absence.

“Naby trained yesterday with the team, so we have to see what we make of it,” the manager told reporters.

“Fab was not in training. All the rest [who have been out] as well not. Nothing really new.

Without Fabinho, Jordan Henderson is set to partner Ozan Kabak at centre-back for the third consecutive game, which will make the duo the joint-fourth most-used pairing at Liverpool this season. 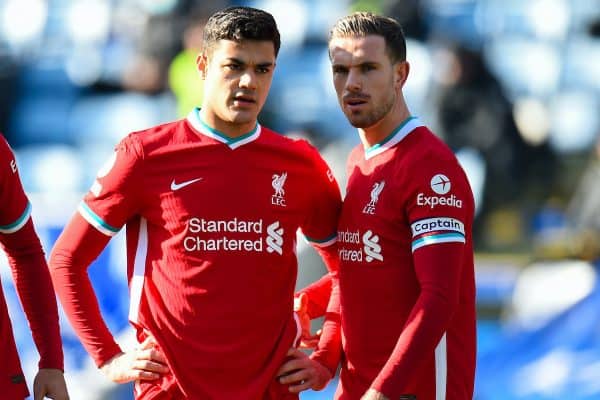 It will ensure Henderson’s influence is still missing in midfield, with Gini Wijnaldum, Thiago and Curtis Jones expected to retain their places.

Klopp’s words on Fabinho, James Milner and Diogo Jota all being “closer” are obvious, but serve as a positive sign for the Reds moving forward, potentially with a return for at least one at Sheffield United next Sunday.

Thankfully, Klopp also confirmed that Alisson is “fine,” and bar any surprise will start once again, after concern over the goalkeeper’s absence from training footage.