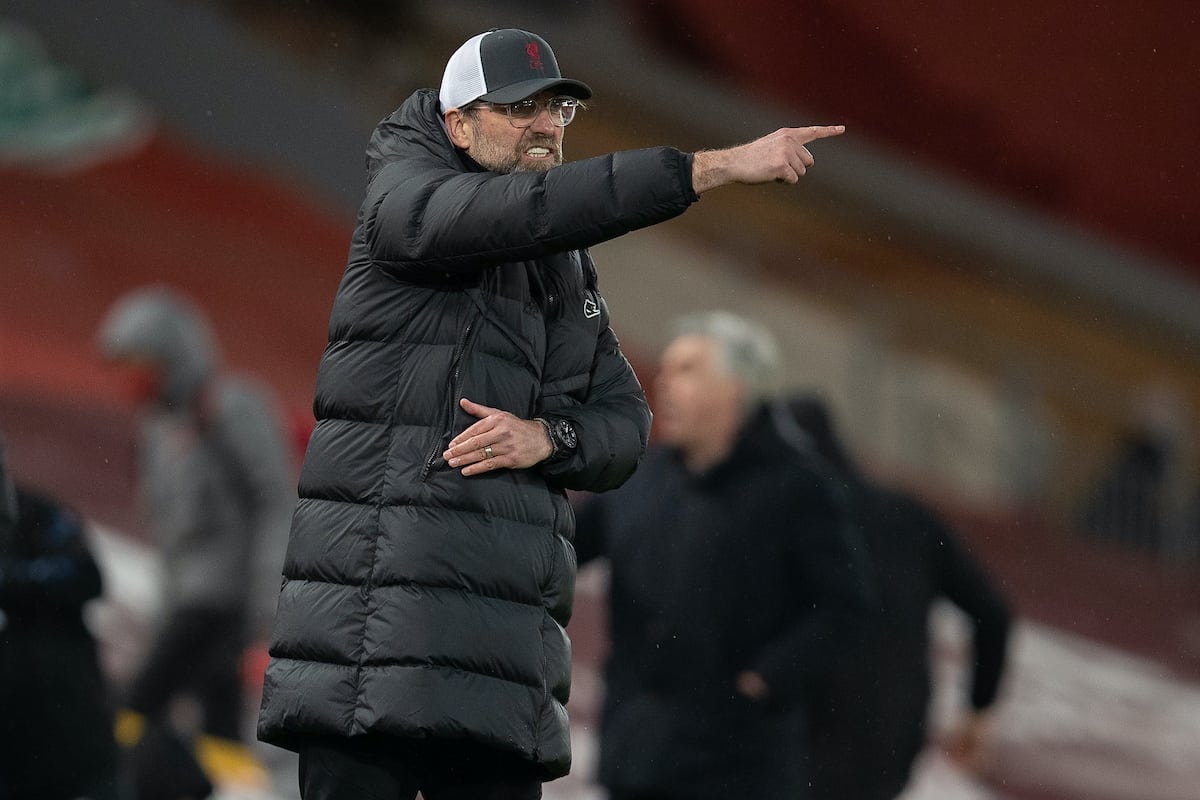 Jurgen Klopp dismissed questions on Everton‘s late penalty in Liverpool’s 2-0 loss on Saturday, but said the referee “saw something that all other people didn’t see.”

The Reds were already coasting to a first Merseyside derby loss at Anfield since 1999 when Dominic Calvert-Lewin bundled into Trent Alexander-Arnold in the box to win a spot-kick.

Replays clearly showed Liverpool’s right-back was not culpable, but referee Chris Kavanagh was not of the same opinion as he very briefly consulted the pitchside monitor on the recommendation of VAR Andre Marriner.

Gylfi Sigurdsson stepped up to make it 2-0 and secure the win for Everton, with the result clouded in controversy due to the decision.

But asked about the situation after the game, Klopp turned questions back to reporters, rightly pointing out that, given they were asking him, they were simply looking for validation that the penalty was the wrong call.

“I really think that it’s unfair to ask me because everybody asks me that question, which means everybody thinks it was not a penalty,” Klopp said.

“But that’s not really important because the referee thought it was a penalty.

“I wanted to talk to him after the first few interviews I had but they left already.

“I just wanted to ask what did he see because the way VAR calls him over in a situation like that, then I think he is in doubt about the decision but he needed only a second.

“He went there, watched from three or four yards and then turned and penalty. He, obviously, saw something that all other people didn’t see.

“I haven’t seen it back yet but everybody tells me the same, ‘how can it be a penalty?’.” 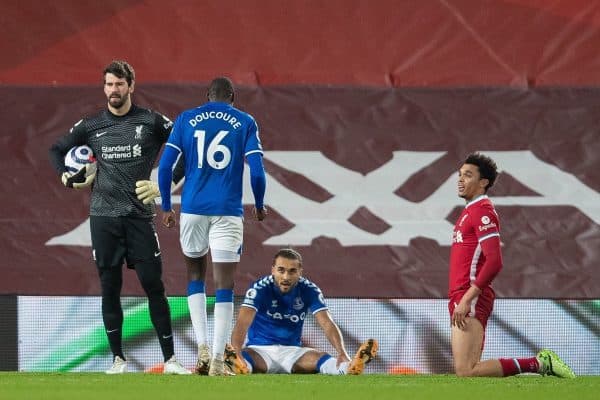 Klopp is right to point out the strange custom of journalists asking players and managers questions when they already know the answer, and his comments on Kavanagh’s decision are telling.

It would not change the result, but the referee appeared to have already made his mind up before heading over to the monitor, seemingly not interested in assessing the other camera angles available.

This is just another in a string of baffling calls from officials in this season’s Premier League, and incredibly, ESPN’s Dale Johnson has revealed that Liverpool have suffered from more negative VAR decisions this season than any side in the whole of the previous campaign.

Liverpool have now had more negative VAR decisions (11) this season than any team in the whole of last season. #LIVEVE

That should come as no surprise given the narrative unfolding this season, and it only compounds the miserable luck Liverpool have been dealt on the back of their first-ever Premier League title.