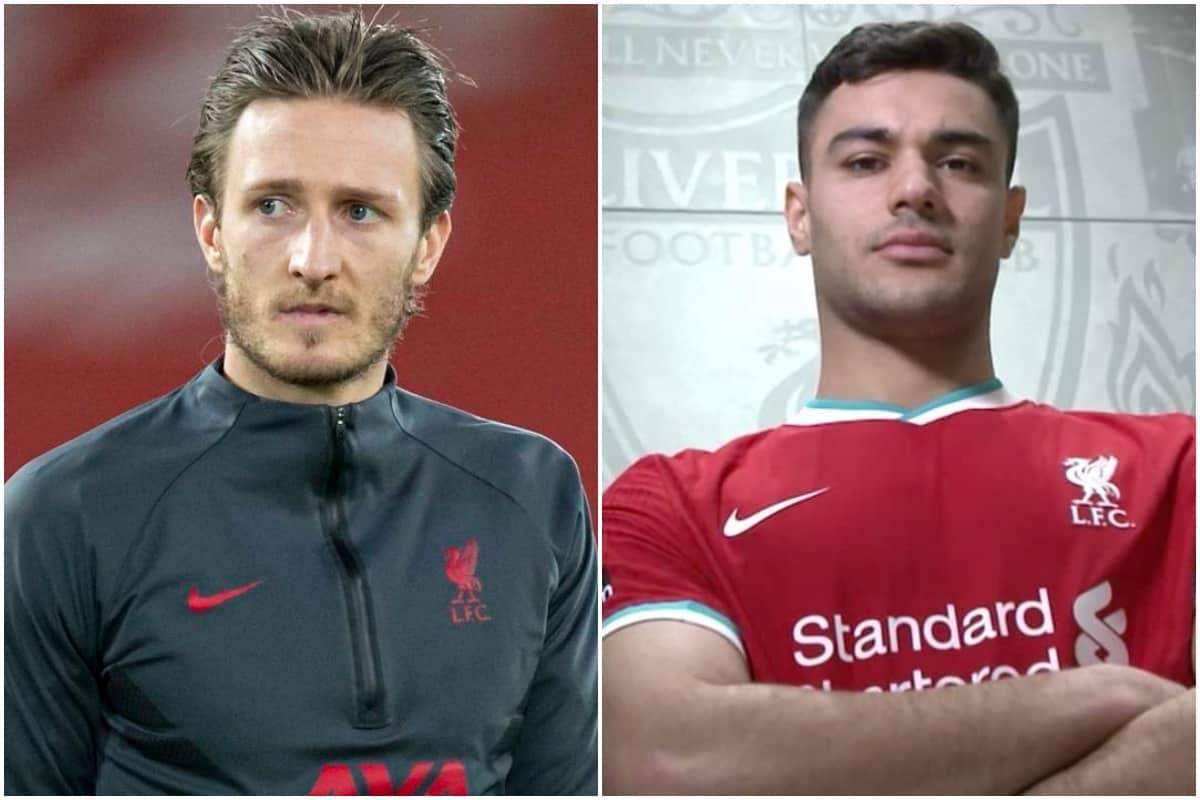 Jurgen Klopp has explained that he would not want to field his two new centre-backs simultaneously unless the situation forced it and touched on their ongoing induction.

The Reds added both Ben Davies and Ozan Kabak to the fold on deadline day, solving a crippling centre-back problem which had been compounded by Joel Matip‘s season-ending ankle injury.

The former was an unused substitute in the midweek to defeat at Brighton, while Kabak watched from the stands due to having yet to receive international clearance for his move.

Klopp had touched on the fact that the duo “will need time” to settle into their new surroundings prior to the midweek game and he was again quick to stress the finer details they each need to get to grips with at Liverpool.

The next opportunity for either to play comes on Sunday against Man City, where Klopp is also awaiting the final verdict on the availability of Fabinho.

The Brazilian in addition to Nat Phillips and Jordan Henderson are in contention to start from the back, as are either of the new arrivals – but they are unlikely to start the pair together.

“No,” Klopp said when asked if he would want to play the two new centre-backs at the same time. “If I don’t have to, no.”

The boss spoke of his pleasure at having seen his ranks boosted in central defence, but noted that their position is one which requires more information to be absorbed.

Liverpool are hoping to do it “as quickly as possible,” however, with the pair having been shown “a centre-half movie” in recent days.

“Now we have different options, which is good – the best news we can get,” Klopp continued.

“And now we have to make sure the new boys get up to date as quickly as possible with all the new information they need.

“In another position, you can play and try and we adapt them a little bit but in the defence the things we do are really clear.

“It’s about holding the line, dropping in the right moment and it’s a lot of things and all teams do it differently.

“We will see how quickly we can do that, [Friday] is an important session for that, [Saturday] as well and then we will see what we make of it.”

Importantly, the back-line is expected to be boosted by the return of Alisson against City after his bout with illness in midweek following his return to training.

Fabinho also returned to training on Friday afternoon and he is expected to start, possibly alongside Jordan Henderson but perhaps partnering Kabak.