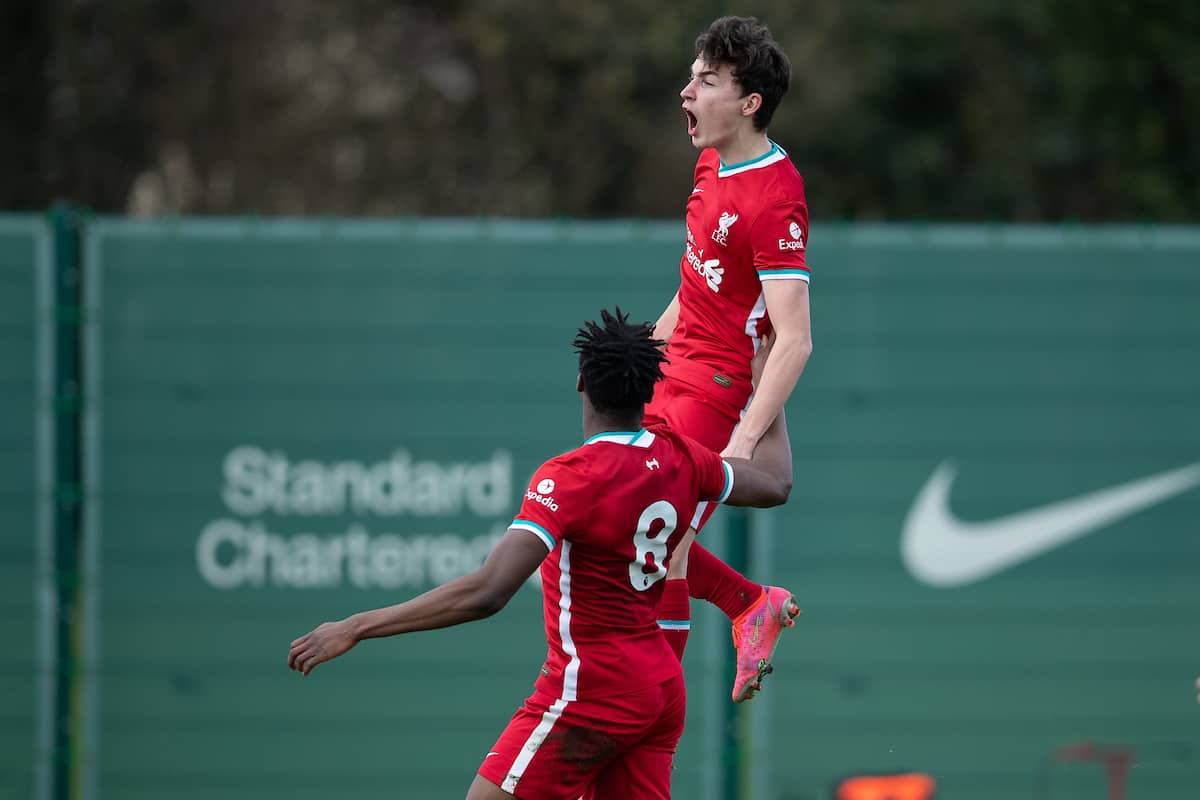 The Liverpool under-18s scored in the first and last minute of the game as they earned a 2-1 win at Everton, surviving a stoppage-time scare to take Merseyside derby glory.

Following their six-goal thrashing of Sunderland last weekend, the U18s welcomed Everton to the Kirkby sunshine on Saturday morning looking to put together consecutive wins for the first time since December.

Marc Bridge-Wilkinson made just one change from his side at the Academy of Light, with Lee Jonas replacing the injured Terence Miles at centre-back, with the young Reds’ manager looking for consistency.

The game got off to the perfect start as Melkamu Frauendorf weaved through the Everton defence and saw his shot deflect off Reece Welch and in for a first-minute opener.

A close-fought first half played out following Frauendorf’s fortunate strike, with the Blues having more chances on goal throughout despite Liverpool edging the possession.

Everton midfielder Charlie Whittaker struck the bar with a free-kick after Fabian Mrozek brought down Tom Cannon outside the box, but the young Reds remained in front heading into the break. 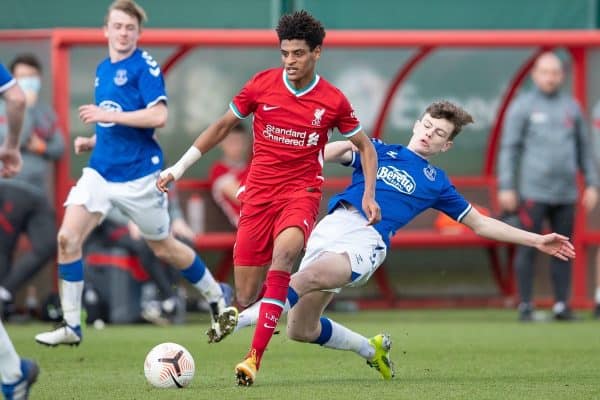 Both Mrozek and his Everton counterpart Zan-Luk Leban were busy after half-time, with the latter required to make a save as Isaac Mabaya found Kaide Gordon in the box in a smart move.

Leban later stopped a free-kick from Dominic Corness, who was then forced off through injury, as under-16s Ethan Ennis and Tommy Piling were given a chance to make their mark.

Everton looked to have halted celebrations in stoppage time, however, as Jonas brought down Rafael Ferreira in the box to allow Cannon to step up and send it past Mrozek for a late equaliser.

But Mateusz Musialowski, who was culpable in the buildup to the Blues’ opener, emerged as the derby hero two minutes later, finishing well with his left foot to take the victory in the last minute of the game.

It was a dramatic clash at Kirkby, which sees Liverpool return to the top of the U18 Premier League, though both Man City and Man United have three games in hand.