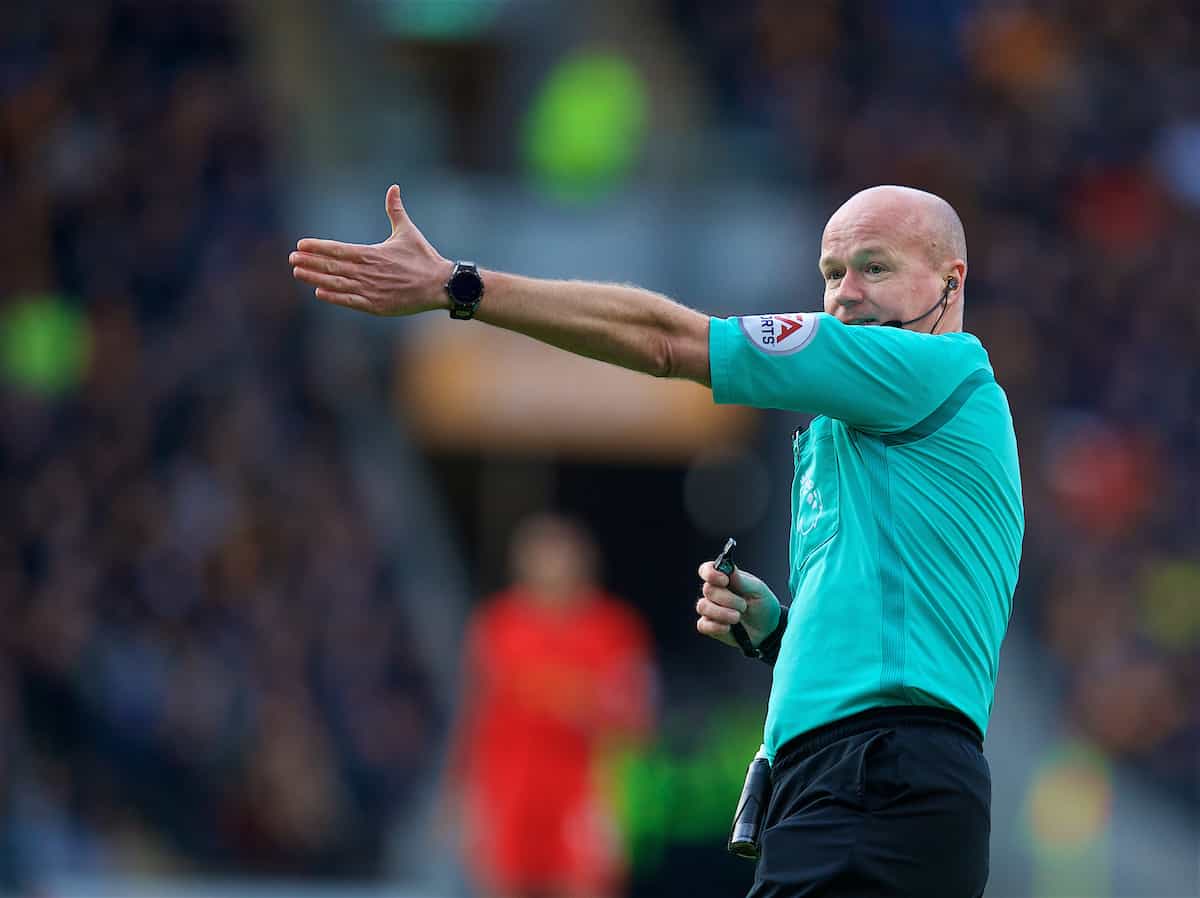 Referee Lee Mason will not be the fourth official for Sunday’s Premier League match between Sheffield United and Liverpool at Bramall Lane.

The official has withdrawn from duties with an injury sustained during Saturday’s match between West Brom and Brighton.

The Hawthorns contest saw Brighton defender Lewis Dunk score a quick free-kick in the first-half, which Mason disallowed before changing his mind and awarding the goal.

However, after VAR checked the goal, Mason had to blow his whistle again to confirm it had been ruled out, sparking angry reactions from the Brighton players.

Dunk described the decision to rule out the goal as “horrendous” and claimed the referee lost control of the game, which the hosts won 1-0.