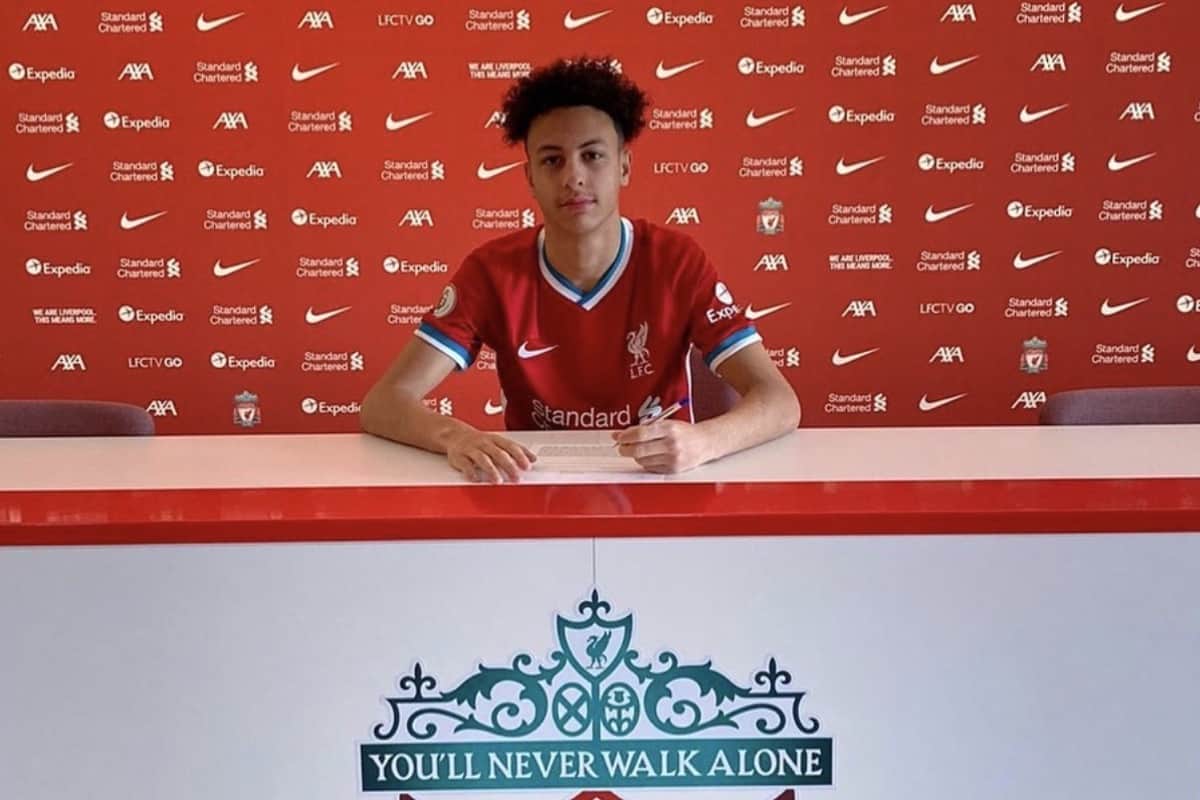 Liverpool have completed their latest signing in Derby’s 16-year-old forward Kaide Gordon, with the deal reported to be worth up to £3 million.

The Reds have moved to bolster their academy ranks mid-season with the arrivals of 15-year-old full-back Calum Scanlon from Birmingham, 17-year-old centre-back Stefan Bajcetic from Celta Vigo and 19-year-old goalkeeper Liam Hughes from Celtic.

While headlines have focused on efforts to strengthen the first team, the club have now made their fourth youth signing of recent weeks, with Gordon arriving from Derby.

A versatile forward, capable of playing on either flank or more centrally, the teenager has already made his first-team debut for the Rams, as a stoppage-time substitute in their 4-0 win over Birmingham in December – becoming their fourth-youngest player ever.

He received glowing praise from manager Wayne Rooney, who described Gordon as “one of the best trainers” in his squad, having initially called him up to “see how he reacted to it.”

Now the young talent has made the switch to Liverpool, with the Reds completing a deal worth close to £3 million ahead of the likes of Man United and Tottenham.

The up-front fee for Gordon is believed to be around £1 million, with add-ons potentially increasing this if he reaches his potential on Merseyside.

It remains to be seen whether the 16-year-old will be part of the senior consideration at any stage this season, but it is more likely he begins life with Barry Lewtas‘ under-23s.

Liverpool have made a number of additions to their academy already this season, with Gordon, Bajcetic and Scanlon following Melkamu Frauendorf, Mateusz Musialowski and Fabian Mrozek in the summer.

Marcelo Pitaluga also joined from Fluminense, and has made three appearances for the under-18s and two for the U23s, but the Brazilian is already training regularly with the first team and often travelling to games, too.