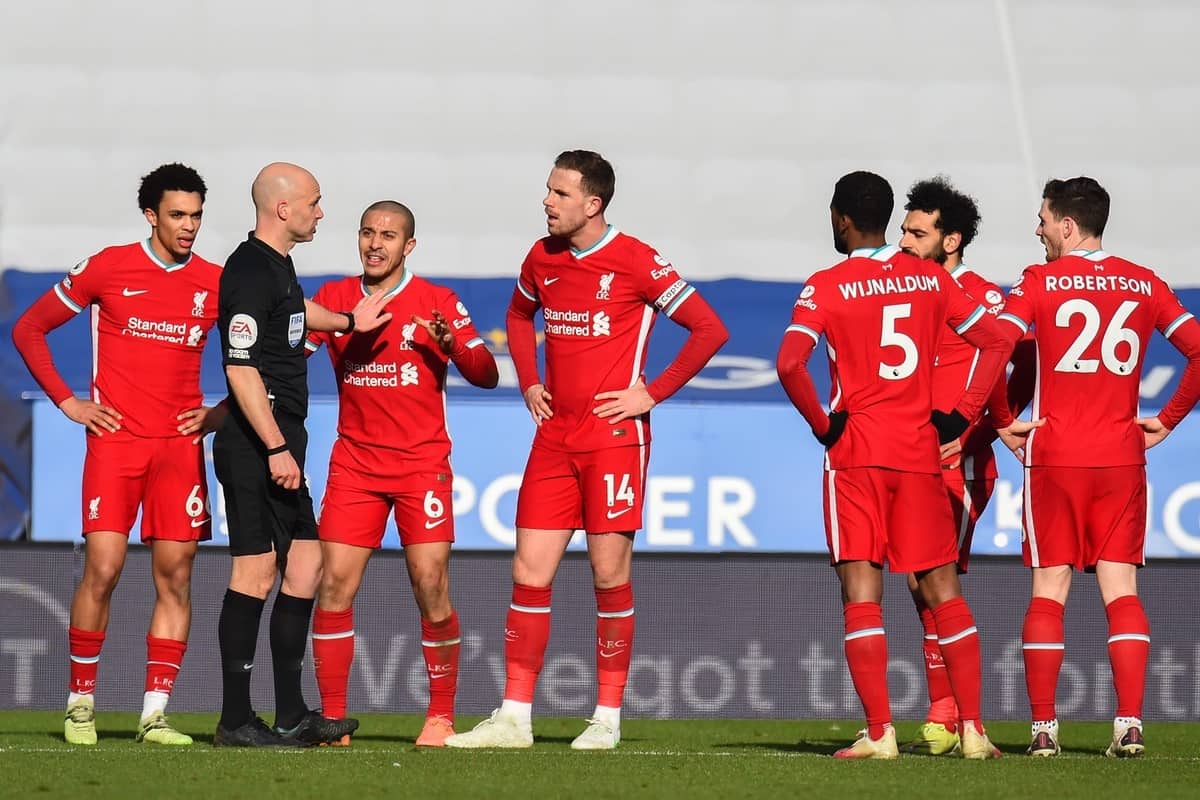 As games go, Saturday’s at Leicester was the perfect embodiment of where Liverpool currently find themselves, writes Steven Scragg.

Bouncing along with all the brightest and most beautiful footballing intent in the world, only to hit the self-destruct button at the first sign of an adverse turn of events.

At the moment, for Jurgen Klopp and his side, it isn’t about one team pitting their wits against another, it is instead all about tunnel vision vs. the bigger picture.

Throw in the immeasurable pain of losing your mother, and for Klopp, this is as low a point as he’s ever experienced as Liverpool manager. Right now, a public show of strength and support from a packed Anfield would be one of the most therapeutic things imaginable. 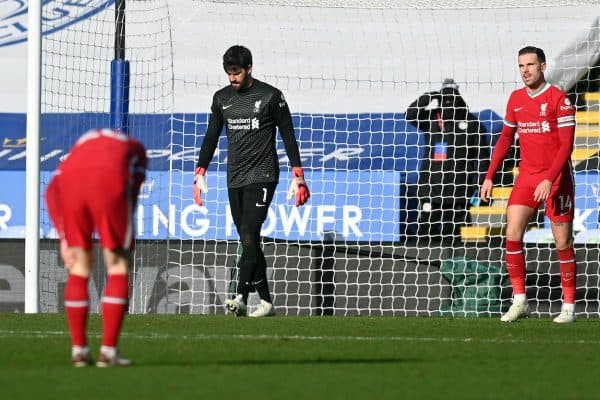 Football is everything and nothing all rolled into one. With one hand it delivers the most indescribable highs while with the other it administers a clenched fist to the guts.

Some magnificent Reds I know have written this season off as one that holds no bearing on the great scheme of things, that the 2020/21 campaign is the true asterisks campaign and to be fair to many of them, they were saying the same thing when we were top of the table.

There is no denying that this is a season that is akin to a glorified Thursday night five-a-side Powerleague.

While it would have been nice to win it again, if I could choose any campaign within my lifetime for the wheels to fall off it would most definitely be this one. It doesn’t make any of what is happening pleasant viewing, though. A prisoner of his own home, this is meant to be getting my 82-year-old dad through the lockdowns.

There is a stunning fragility at play for Liverpool. At the King Power Stadium, we dominated the game for over three-quarters of proceedings before everything turned on the whims of power-crazed VAR officials and easily led on pitch ones. 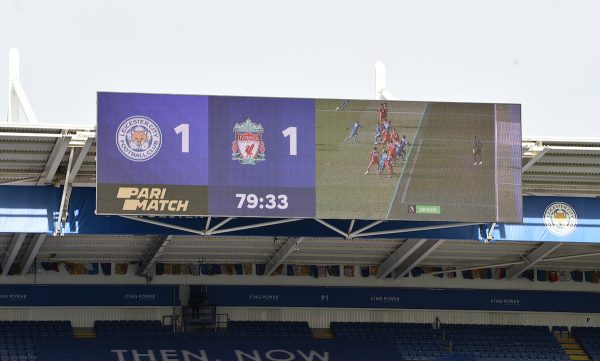 It was a blow to concede the equaliser under such ambiguous terms, but to self-destruct from there can be blamed on nobody other than ourselves.

While at this stage of our capitulation I can happily subscribe to the concept that this is a season that doesn’t truly count, the reality is that we will carry the scars of it with us. We won’t simply walk into 2021/22 in the style of Bobby Ewing reappearing in Pam’s shower.

The thing about Liverpool and setbacks is that prior to the arrival of Klopp we were quite notorious in the way we dealt with them. We didn’t deal with setbacks all that well. An unrequited flirtation with the Premier League title would be followed with self-destruction and the eventual jettisoning of our manager.

Back to the drawing board we would go and a new five-year plan would be implemented which would lead to another unrequited flirtation with the Premier League title. From there the whole cycle would begin all over again. For reference of this, see Roy Evans, Gerard Houllier, Rafa Benitez and Brendan Rodgers.

That would be the very same Brendan Rodgers who must have felt he had won the lottery on Saturday.

Klopp has been a game-changer in this perpetual state of Groundhog Day and none of his predecessors of the last 30 years have faced defending a Premier League title, let alone during a pandemic that has left stadiums deserted. 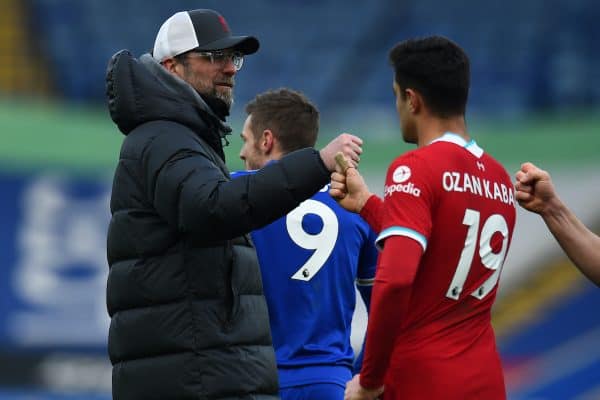 What is needed now are calm heads and clear thinking. Perspective. Balance. I’ve mentioned it a few times but doing the basics is a good thing to work on.

For 75 minutes or so we did the basics well but for the last 15 minutes, we failed with the basics. We allowed a switch to be flicked on a platform where you can’t switch off for a second without risk of being punished for it. That is before you start handing out gifts.

When Liverpool will snap out of this situation is the great ponderable. There is unlikely to be a simple click of the fingers and we’re back in the room.

We see the return of the Champions League on Tuesday and then the Merseyside derby on Saturday. No scope for fragility this week.

Variation can be the key. Having arguably been too much of a slave to a system of play that has been largely unstoppable, we need to be throwing out a few surprises of our own while making sure we do the basics right.