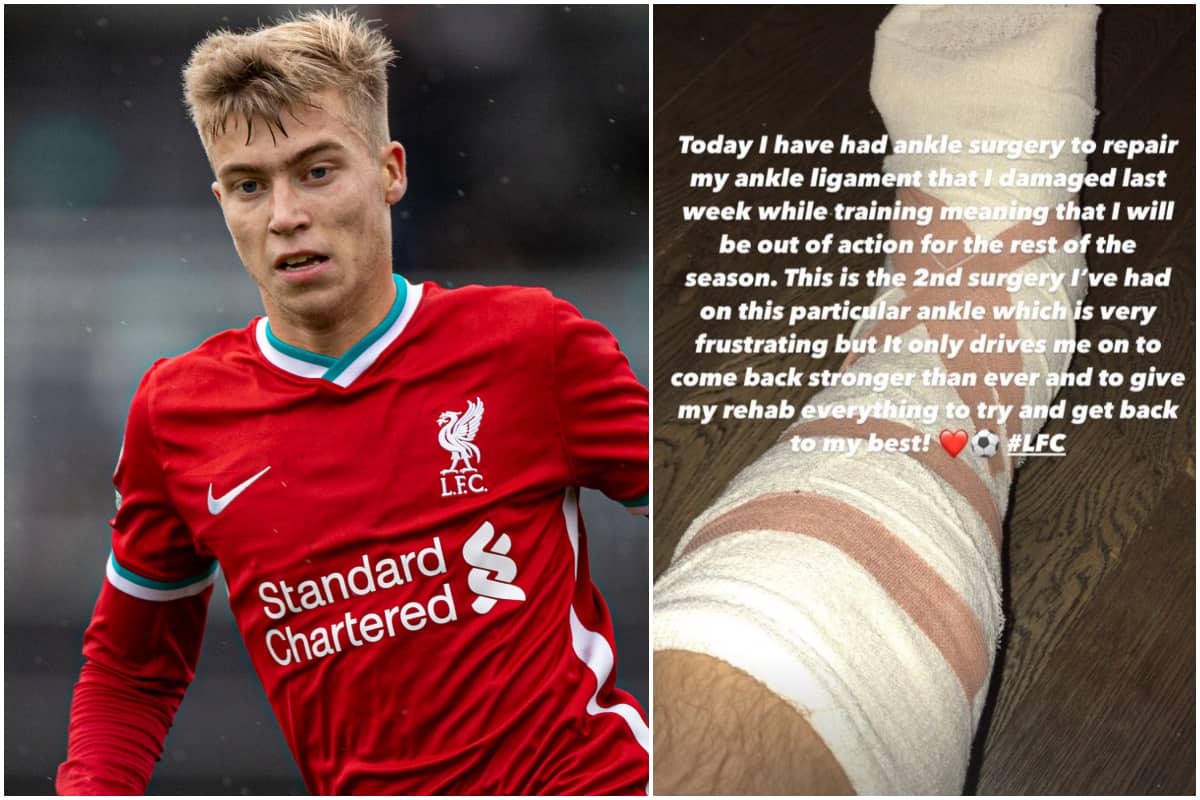 This campaign has seen the Reds endure rotten luck in terms of fitness, with the demands of the fixture list taking their toll on the likes of Virgil van Dijk, Joe Gomez and Joel Matip.

Van Dijk is hoping to make his comeback before the end of the season, but as the Dutchman returns to light training outside at Kirkby, doubts swirl over the availability of Jordan Henderson between now and the end of May.

Though less damaging, it is a similar situation elsewhere at the training ground, with Barry Lewtas‘ U23s dealt a blow with injury to Bearne.

Bearne has been a regular for the young Reds this season, starting 11 games and coming off the bench for another two, scoring three goals and laying on a further three assists.

But the 19-year-old, signed from Notts County in 2017, has had surgery on an ankle ligament injury suffered in training last week, which rules him out for the rest of the season.

“Today I have had ankle surgery to repair my ligament that I damaged last week while training, meaning that I will be out of action for the rest of the season,” Bearne wrote on Instagram.

“This is the second surgery I’ve had on this particular ankle which is very frustrating.

“But it only drives me on to come back stronger than ever, and to give my rehab everything to try and get back to my best!” 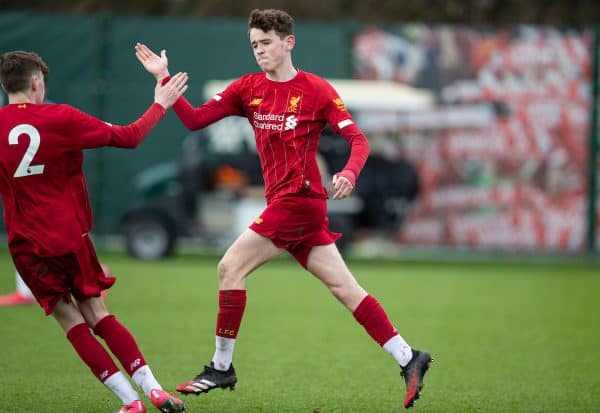 It is not the first season-ending blow in the academy, either, with Tom Hill sidelined for the long term with a knee injury sustained back in September.

Paul Glatzel and Abdi Sharif have both spent much of the season on the treatment table, too, returning in a 3-1 friendly win over Salford City earlier this week.

Marcelo Pitaluga and Leighton Clarkson both suffered injuries during the U23s’ most recent competitive outing – a 3-2 win at Chelsea – while the likes of Joe Hardy, Elijah Dixon-Bonner and Billy Koumetio have also spent time out.

In the under-18s, James Balagizi, Melkamu Frauendorf, James Norris and Harvey Blair have all struggled for fitness at points, with this unique campaign have a big impact.

Bearne will be given the support of Liverpool’s top-class medical staff, and can use the likes of Glatzel and Sharif as examples of the commitment required during his lengthy layoff.