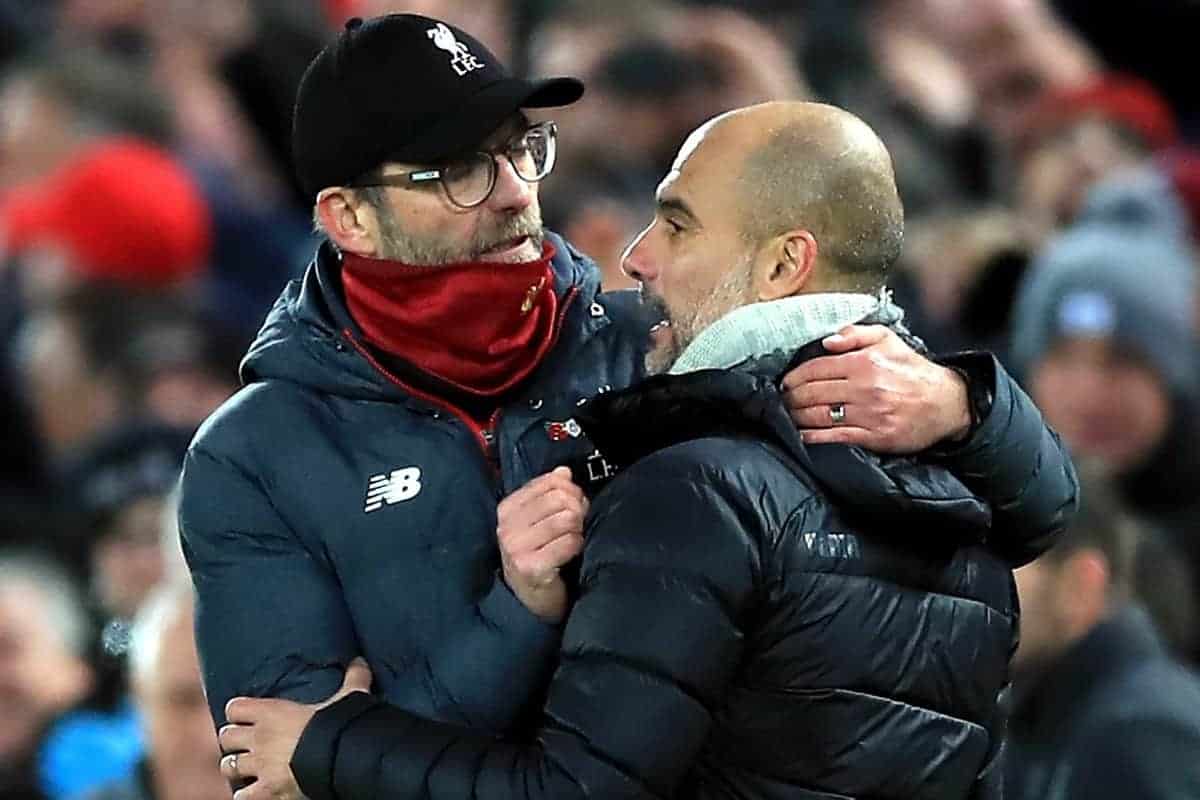 Pep Guardiola is expecting to face a Liverpool side “more aggressive than ever” as he takes his Manchester City team to Anfield on Sunday.

The City boss believes the champions will be fired up after a poor run of form and the shattering of their proud home record.

The Reds saw their 68-match unbeaten home run in the Premier League ended by Burnley last month before they suffered another surprise loss to Brighton on Wednesday.

Coming amid a run of just two wins in eight games, Jurgen Klopp’s men are wobbling in their title defence.

That could give new favourites City the chance to apply a telling blow and move 10 points clear of their rivals with first a win at Anfield since 2003 and only their second since 1981.

Yet despite overseeing a club record run of 13 consecutive wins in all competitions, Guardiola says it is not as simple as that.

“They are always an incredible top team, they remain a top squad,” said Guardiola. “They know the process, the skills, the methodology, the routines they do offensively and defensively. 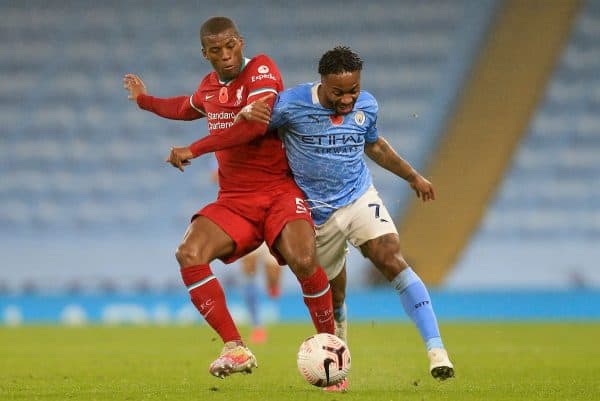 Guardiola also refuses to see the game as a potentially decisive one in the title race.

He said: “It is one of them, absolutely, but there is a lot of points to play for. From my experience, in January there is not a team that is out of the title race and no team is already the champion.

“I think how many leaders there have been in one single season and how many changes, ups and downs, for all the clubs. It can happen again.

“So, just focus on what we have to do and after that Swansea (in the FA Cup), then after that Tottenham and this is the best way to approach it.

“I don’t make predictions about the future because I don’t know. I am so good – but not to anticipate the future. Still I don’t have this ability.

“Maybe in the future I will get it but right now I am not good enough. Sixty days ago we were 12th in the table and now we are first. I am not more concerned about the Liverpool game than the rest.”

City are still without record goalscorer Sergio Aguero, who has made just three starts this season, and playmaker Kevin De Bruyne.

Guardiola said: “The reason why we won a lot of titles in two seasons is because everyone is important. We cannot achieve big issues, big prizes with just 11, 12, 13 players for a long time.

“Saying that, we miss Sergio, we miss Kevin, Nathan [Ake]. We hope all the players come back as soon as possible.”