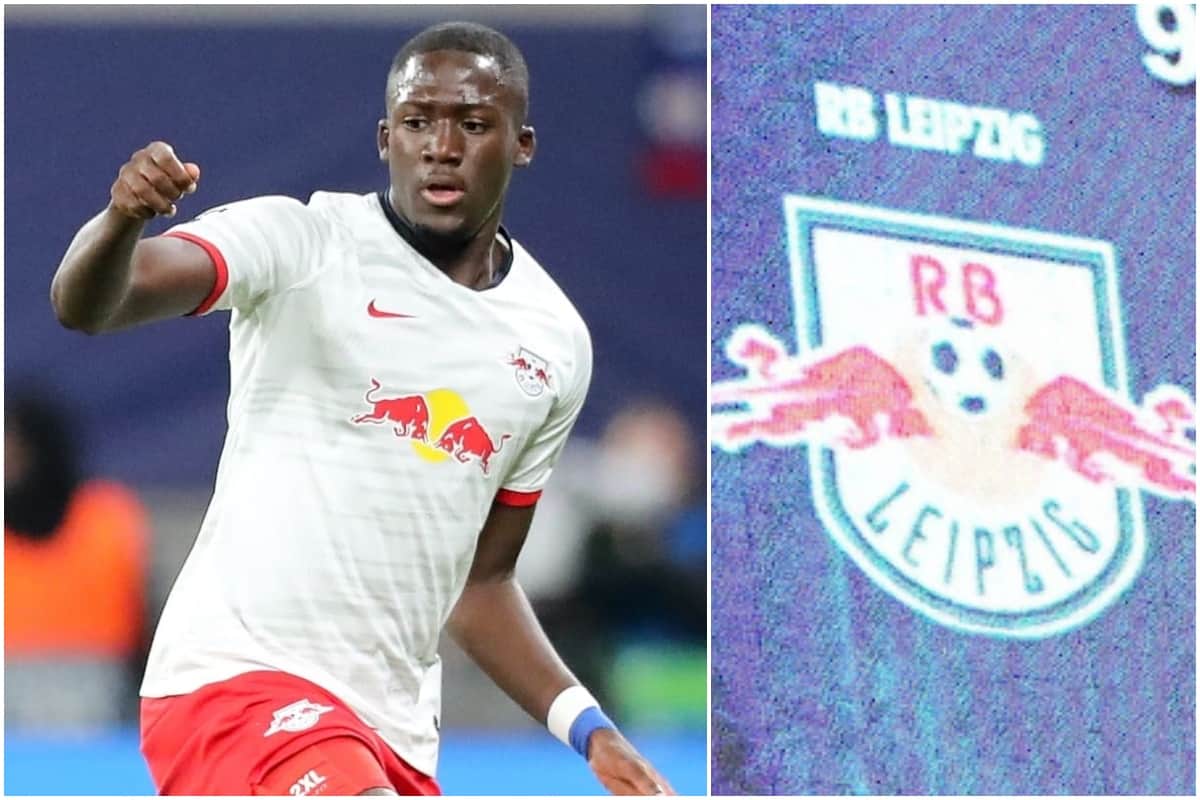 Liverpool head to Budapest to face RB Leipzig in the Champions League and the two teams couldn’t be in more contrasting form after their latest results.

While the Reds played well enough for an hour and took the lead against Leicester, familiar issues arose in what was an eventual 3-1 defeat on Saturday.

Bundesliga opponents Leipzig had already begun their rest and recuperation by then, so will have an extra day to prepare for the last-16 first leg after playing on Friday night against Augsburg.

It wasn’t vintage stuff from die Roten Bullen, but they were well on top for most of the game and picked up a 2-1 win, their third in succession in league play to stay second in the table – while the Reds have now lost three in a row in the Premier League.

Here’s what we saw from Leipzig in their final game before facing the Reds, and what we might expect to change for Tuesday night. 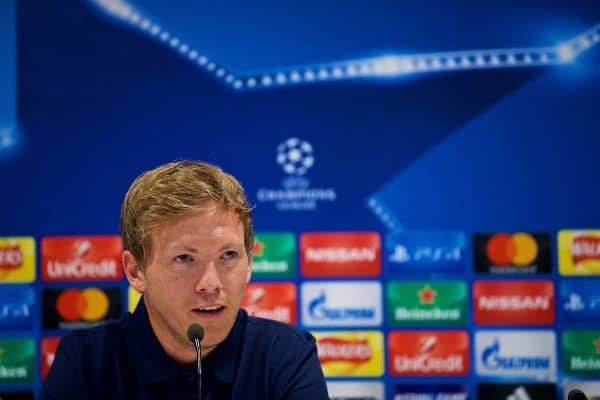 It’s well known by now that Julian Nagelsmann is one of the most flexible and demanding coaches in Europe, in terms of tactical changes and set-up for his side.

The Leipzig coach has this term played with a 4-4-2 base, a 4-3-3 and variations of 3-5-2 or 3-4-3, with in-game switches a common theme of his Leipzig side. It’s the latter pair which are most frequent, at least to start matches, and against Augsburg it was a two-man attack he opted for.

Regardless of system, it’s always the lines in his midfield that dictate where the opposition has trouble – the rotation of positions, the runners from deep and the non-conformance to playing in straight lines.

Here was no different. A back three of Klostermann, Orban and Halstenberg was standard, while in attack it was Yussuf Poulsen and Christopher Nkunku – the latter is usually a supporting, attack-minded midfielder, but was very much up top for the first hour in a two.

In midfield, it’s nominally the same shape as the Reds’ three: one sitting, two No. 8s. But there’s far more flexibility to rove around and the wing-backs do not merely stay wide, especially left-sided Angelino.

Kevin Kampl played deep, Haidara and Dani Olmo ahead, but Olmo was as often in the left-sided spaces of the pitch as through the middle, while Angelino powered into forward positions, central spaces and wherever else he could inflict damage.

Ever keen to control the game, Nagelsmann sent his team to a 3-4-3 after the first double sub and ended the game with a flat five at the back as Augsburg scored one late and threatened another.

The Leipzig boss alluded to a few ‘strains and concerns’ over players left on the bench for this game, but really it was an opportunity to rotate a few ahead of playing the Reds.

Dayot Upamecano, Marcel Sabitzer and Tyler Adams are the notable trio here, with Ibrahima Konate also sub as he works back towards full fitness.

If there is to be one name written in big, bold, indelible ink for the team-sheet right now, it’s midfielder Sabitzer.

He’s the controlling force of this team, the creative outlet, an industrious worker, a skilful individual and a set-piece expert.

The Austrian can play the deepest midfield role, but as it’s their ‘home’ leg – if there is such a thing this season – it wouldn’t be a surprise to see him more advanced, with Haidara taken out of the side.

Upamecano will definitely return in defence too, then there are one or two 50-50 calls to make. Tyler Adams could play centrally, but is a regular pick at right wing-back and brings loads of energy and tactical discipline, as well as a better technical level than Mukiele.

Sabitzer, as explained above, is the guy who makes Leipzig tick the most. Shutting him down is key. But there are other real outlets and threats throughout.

It’s imperative to keep tabs on Angelino’s movement. Forget the error-strewn left-back at Man City; here he’s an extremely rapid outlet and a regular contributor to goals and assists.

He’ll be furthest forward when Leipzig are defending corners, ready to launch counter-attacks, and doesn’t mind running straight at defenders in possession, underlapping through to centre-forward zones or coming into midfield to support build-up play.

Dani Olmo, if he starts, is easily shrugged off the ball at times and isn’t what might be termed an elite performer (yet), but give him time and space to pick passes or make late runs into the box and he could end the game by himself.

And, above all else perhaps, Nkunku is a genius when on his game. He’s a versatile performer who can dribble, shoot from range and create opening after opening for others. He can sulk and walk around if things don’t go his way though, so shutting him down could have the twin benefit of helping the Reds and hampering Leipzig, over the longer course of the game.

Stylistically, Leipzig shouldn’t be much of a surprise to anyone who saw them in the Champions League knock-outs last season or remembers Nagelsmann’s Hoffenheim: short, sharp passes, lots and lots of movement off the ball, playing through the thirds on the ground and looking to create overloads in the channels.

From a Liverpool perspective, the real issue here is that the best way to defend against that non-stop movement and rotation of positions is to have a settled unit with good understanding and lots of work rate.

Jurgen Klopp doesn’t have that luxury, so the midfield controlling matters is going to be absolutely imperative to stop the defence from having to worry so much about tracking the runners. 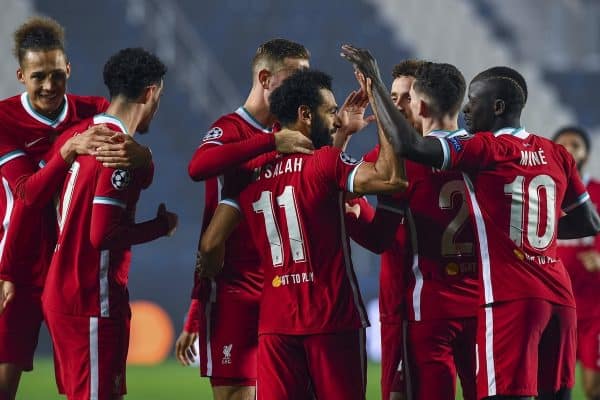 Liverpool do not have to win the game in 90 minutes, it’s important to remember that – particularly given the Reds’ recent form.

But, clearly, neither do they want to leave themselves with too much heavy lifting to do in the second leg.

That equation, plus our own lack of confidence and an attack which isn’t functioning to its fullest capacity right now, might just mean a more conservative approach from the Reds than we’re used to seeing – a ‘European’ performance, so to speak.

Finally, it’s worth noting Leipzig have more options and squad depth than the Reds do right now for players at or near top form. But they also don’t have a single, guaranteed-goals, lethal forward to call upon and the strength is in the collective for them.

Even below par, Liverpool have Mo Salah and Co. who could provide a moment of magic to turn the tie.