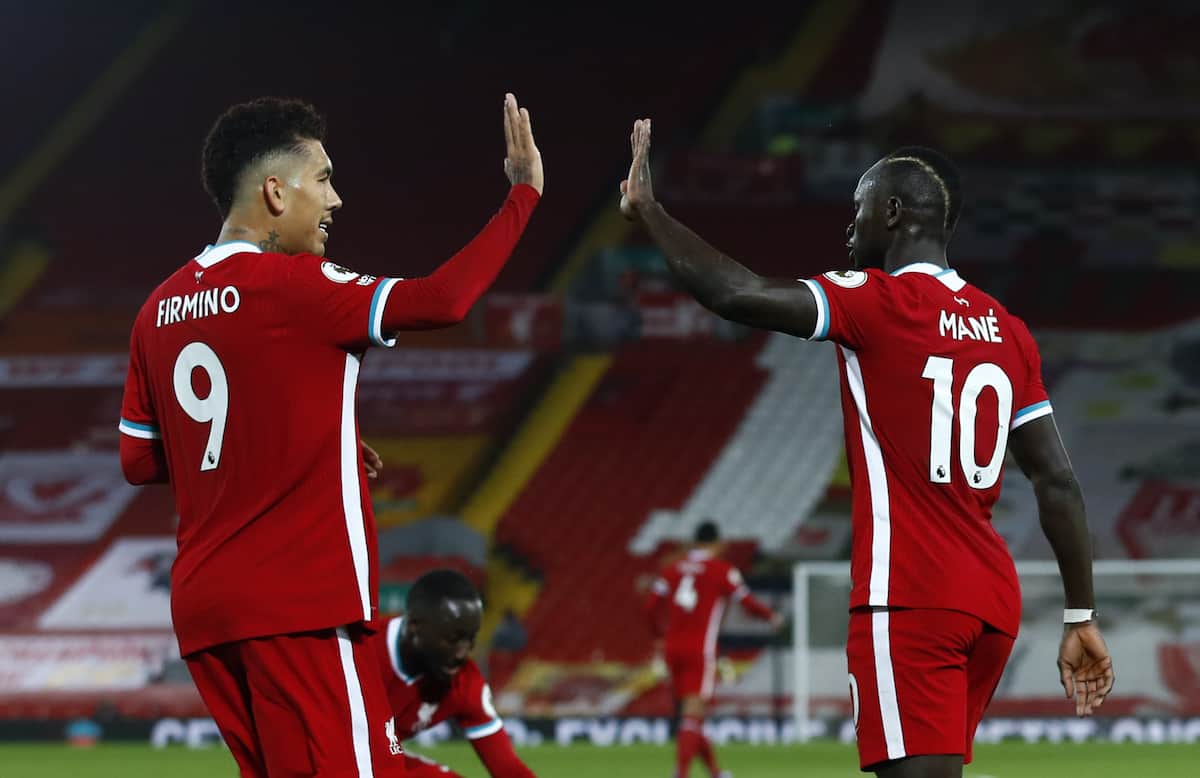 Sadio Mane has showered praise on Roberto Firmino as he feels he would not have as many goals to his name at Liverpool without the Brazilian’s influence.

The pair have shared the field 190 times since they formed the new-look Reds attack back in 2016, becoming the first two pieces of a formidable attack that would later be bolstered by Mo Salah.

Heavily relied upon by Jurgen Klopp, the duo have experienced all the highs and lows under the German’s tutelage.

Firmino has directly had a hand in 17 of Mane’s goals, which makes up 18.5 percent of his total Liverpool tally, and that is not even noting the indirect influence of the No. 9.

And Mane from sung Firmino’s praises when speaking to ESPN Brasil, as he explained how he “makes everything easier” and “deserves more credit” than his fellow forward teammates.

“He deserves more credit than me and Mo, for sure. But it is part of football, always seeing the goals scored,” Mane said. 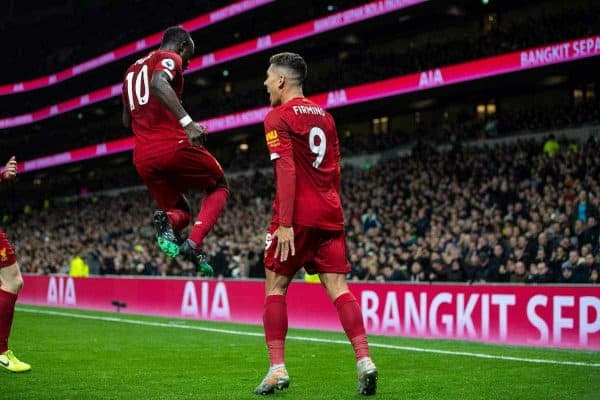 “But I think without Bobby I don’t see myself or Mo scoring as many goals as we have, to be honest.

“He makes everything easier for us. I think Brazil is just lucky to have Firmino. I always say to Bobby ‘you have to change your nationality and maybe come to Senegal’ – which for me would be a dream!

“I just love him and he is my favourite teammate.”

The selfless style of Firmino’s play ensures the feeling is mutual among Liverpool supporters and no doubt his other teammates.

But despite their total contribution of 13 goals and 11 assists this season, it has not been all smooth sailing for the pair in 2020/21 as they each battle for form within a campaign like no other.

Mane’s words, however, are a clear indicator of just how well-respected Firmino is and how crucial of a cog to the system he is. Here’s hoping he can get back to his best in the near future.