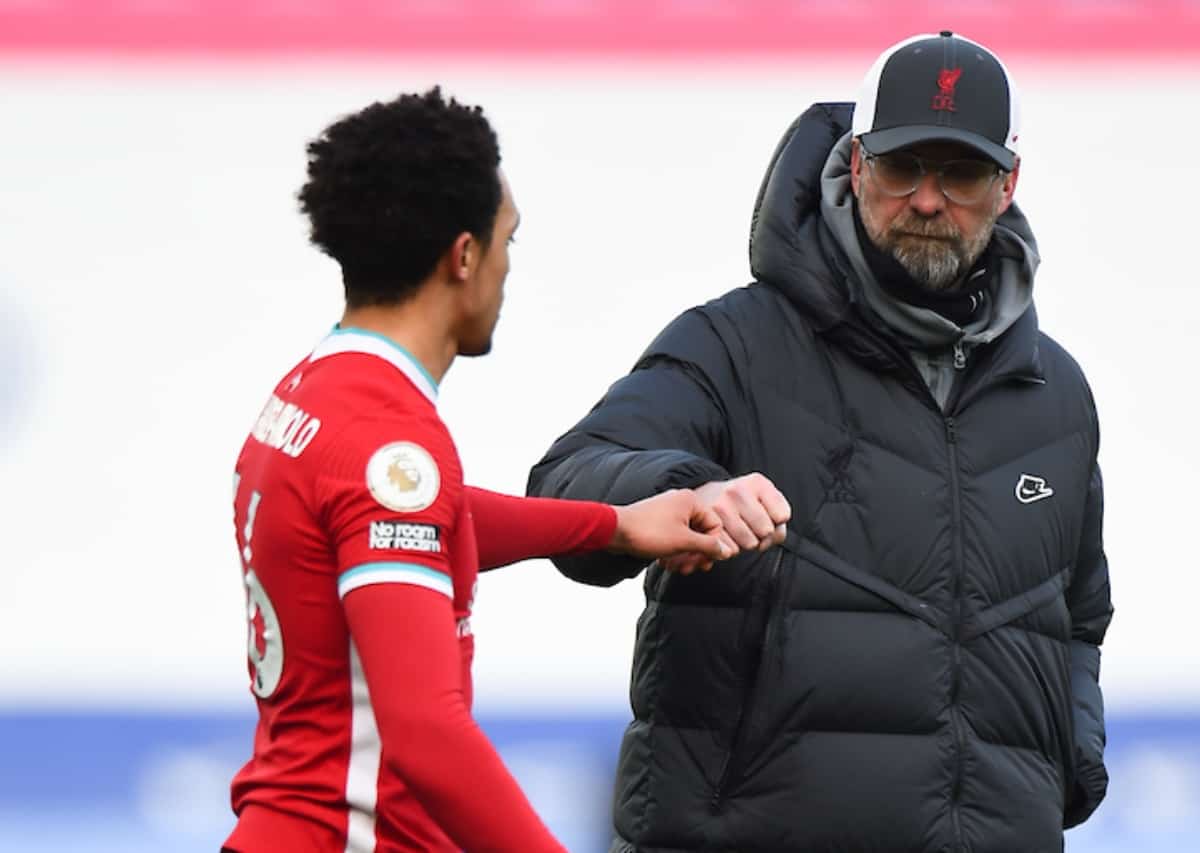 Trent Alexander-Arnold has called on Liverpool to salvage their season in the Champions League after their title defence was left in tatters.

Boss Jurgen Klopp has given up on retaining the Premier League crown after Saturday’s damaging 3-1 defeat at Leicester.

The Reds conceded three times in the final 12 minutes – including goalkeeper Alisson gifting Jamie Vardy a goal which put the hosts ahead – to leave them fourth and 13 points behind leaders Manchester City.

Liverpool now face RB Leipzig in the first leg of their last-16 tie in the Champions League on Tuesday and Alexander-Arnold knows the significance of the encounter.

He said: “In situations like this you want the opportunity to put it right as soon as possible. It’s a different competition, which always freshens it up, different mentality going into it.

“It’s always nice to play in that so it’s exciting to have the prospect of a knockout game of football again. You wait so long for the knockout rounds of the Champions League – it’s always exciting.

“We need to recover and go again because we’ve got a big game come Tuesday.”

James Maddison, Vardy and Harvey Barnes scored in a frantic final period at the King Power Stadium after Mo Salah had given Liverpool a second-half lead.

Alisson handed Leicester the advantage with nine minutes left when he came for Youri Tielemans’ ball and collided with Ozan Kabak instead.

“I think for 70 to 75 minutes we were outstanding, up there with one of our best performances – counter-pressing, taking the ball off them for fun, they couldn’t really get out,” Alexander-Arnold told the club’s official website.

“I think in the first half we never created too many clear-cut chances but second half we did, had a few more shots, scored, and we were in the driving seat.

“Then the tables turned and they put the game to bed within the matter of five to 10 minutes and that’s football. It happened so quickly, it just happened in a moment and we’ve just crumbled at the end of the day.”