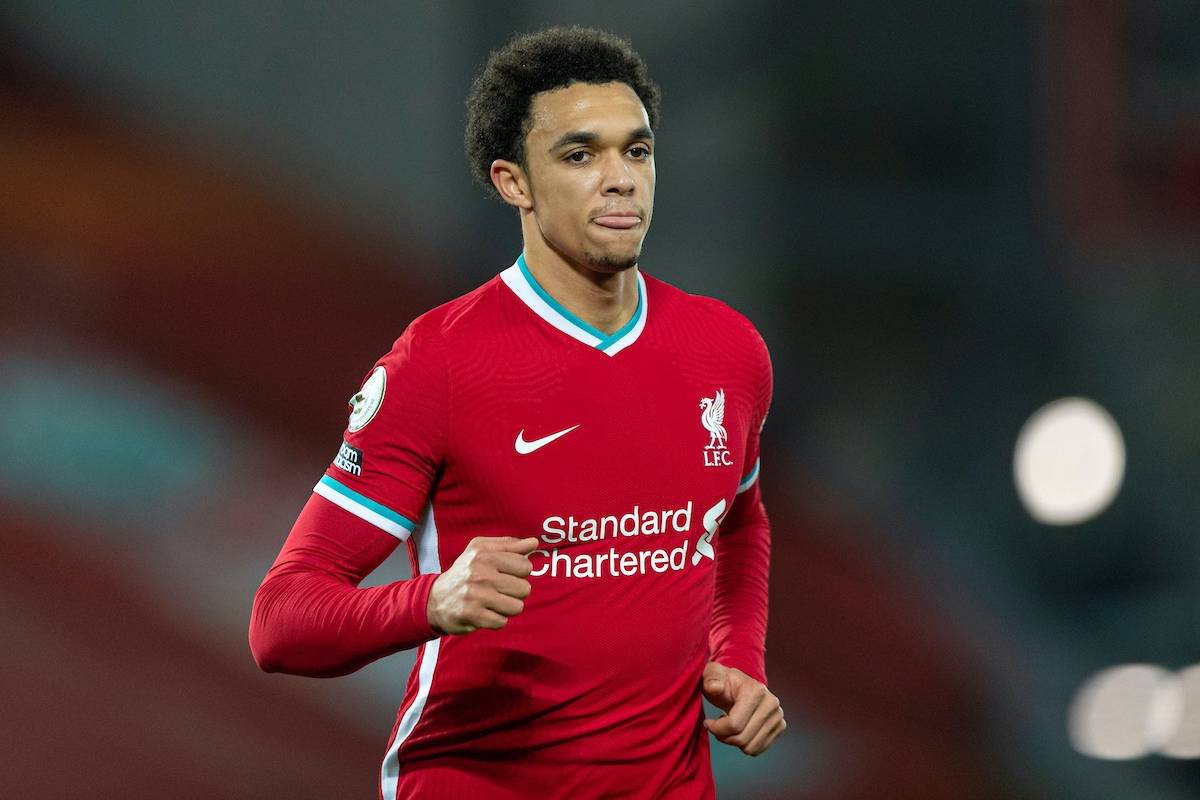 Trent Alexander-Arnold has acknowledged that he is experiencing a “spell of bad form” for the first time in his young career and is eager to turn it around in the second half of the season.

Much like Liverpool as a unit, Trent has experienced a rollercoaster of a 2020/21 season to date having needed to overcome COVID-19, injury and a downturn in form.

The No. 66 has been below his best for much of the campaign, a stark contrast to his bright and game-changing influence of recent years which has seen him set the standards for those in the right-back position.

A positive coronavirus test in pre-season robbed him of vital preparation time while a calf injury at Man City back in November added another hurdle to overcome.

Despite all this, he remains the fifth most-used player for Jurgen Klopp this season and it comes as no surprise that his output has taken a hit – with one goal and five assists to date.

But no one holds Trent to account more than himself and in an interview with ESPN Brasil, the 22-year-old opened up on his performances and how the team always takes precedence.

“Probably it’s been a spell of bad form that I haven’t had before. So it’s new,” Trent said.

“But I think really, for me, I set targets in levels and I have expectations in myself. If I don’t meet them then and I’m not happy. 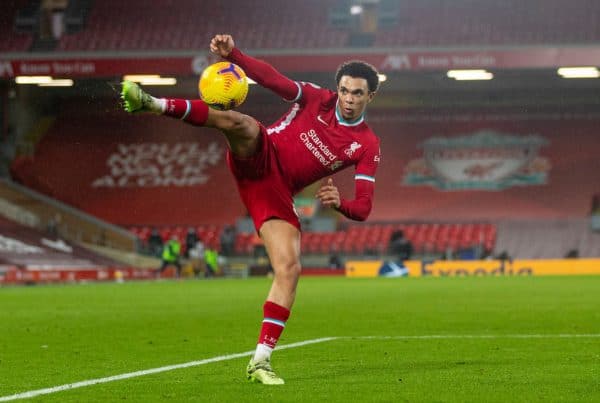 “I want to be better than I am. I haven’t been able to meet them so far this season but we’ve only just passed the halfway stage, so there’s still a long way to go.

“I just had three games where I felt better, felt in a little bit more of a rhythm.

“Being able to create things for the team and feel like I’ve been the last few seasons so I supposed that’s ok, but as I mentioned earlier, individually doesn’t really matter to me as much as winning games.

“I’d have 38 bad games in the season if that meant winning every single game. So I wanna perform as well as I can and help the team win. Because that’s the main thing that matters.”

It’s an honest assessment from the right-back and the fact he is feeling as though he has started to turn a corner is a welcome sign.

He has set a high bar and while he may not replicate the feats of previous seasons, there is still time yet to meet some of his targets in what is a season like no other.