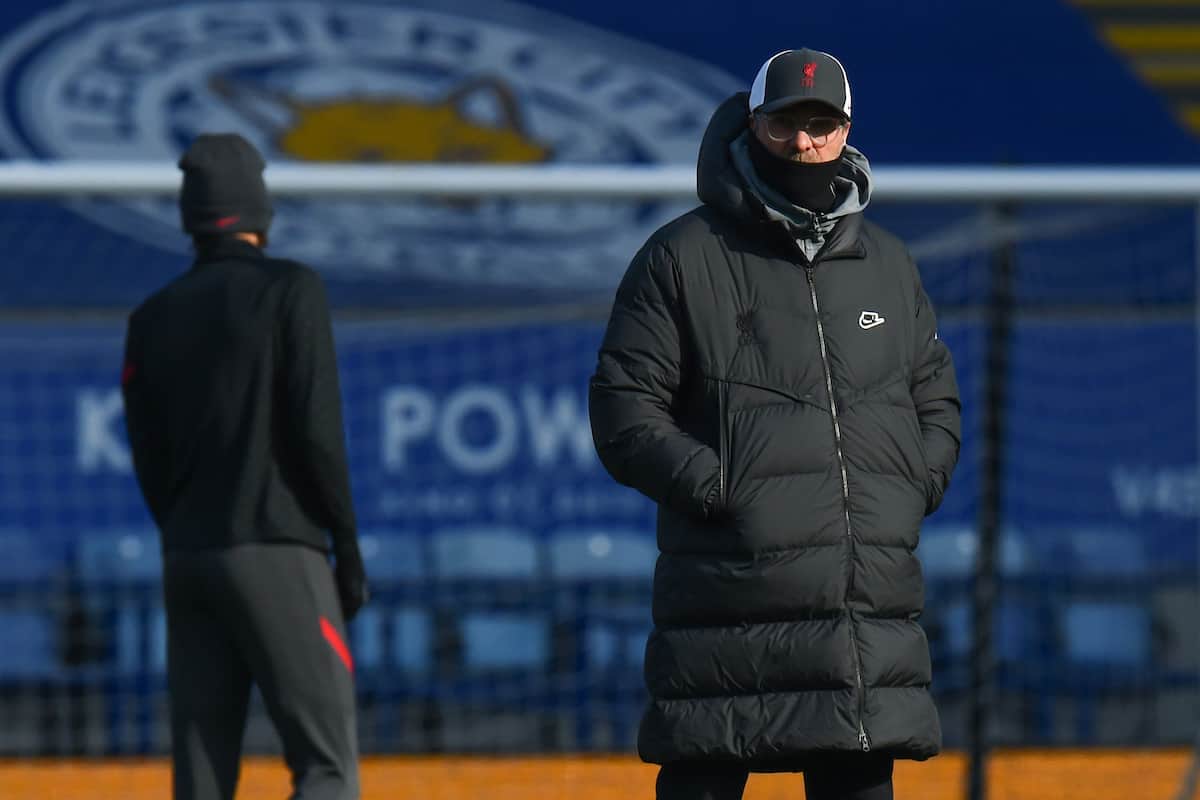 Jurgen Klopp is not looking for excuses after Liverpool’s 3-1 defeat at the hands of Leicester and wants to see his side “fight” their way back into form.

What started out as an afternoon whereby the Reds dominated and always looked the likelier of the two teams to find the net, a collapse ensured no points returned to Merseyside.

Mohamed Salah had rightly put his side into the lead with a sumptuous left-foot strike, only for a collapse of epic proportions in the space of seven minutes to see Leicester create a two-goal lead.

Liverpool would not recover and all their positive work in the 77 minutes prior to James Maddison’s goal went to waste as Klopp’s men had to lick their wounds once more.

Speaking after the latest defeat, the boss lamented the collapse of his side and insisted they are “not looking for excuses,” only a response on the pitch with the title now relinquished.

“Majority of the game I agree, a really good game. Not easy to dominate Leicester the way we did after losing a few days ago,” Klopp told reporters.

“A game with a strange scoreline. We scored a great goal, conceded a strange one. I think it’s offside.

“The two goals we conceded had a massive impact. We have to react differently. The first goal they scored, a mood lift for Leicester. We gave them a present and then they are 2-1 up. That is what I don’t like.

“We are not looking for excuses. A lot of things happen. We should have done better. We spoke about that, in the moment, it’s tough.

“Only way out is to play good football, to fight and work hard. We are still able to do that and we have to. We will see where we end up.”

There was also a follow up on the confusion between debutant Ozan Kabak and Alisson, which goes to show how the settling in period is still in place after the No. 19’s arrival.

“We knew before the game Ozan is a good player but we know that he is not used to everything we do. Ali likes to come out and these things can happen,” he added.

“Those mistakes usually happen in pre-season. Tuesday is a tough game, then the derby, we are thinking about these games.”

Liverpool once again have little time to dwell as they need to make their way to Budapest on Tuesday for their meeting with Leipzig in the Champions League, where they are likely to be without James Milner, Fabinho, Divock Origi and Ben Davies due to injury.