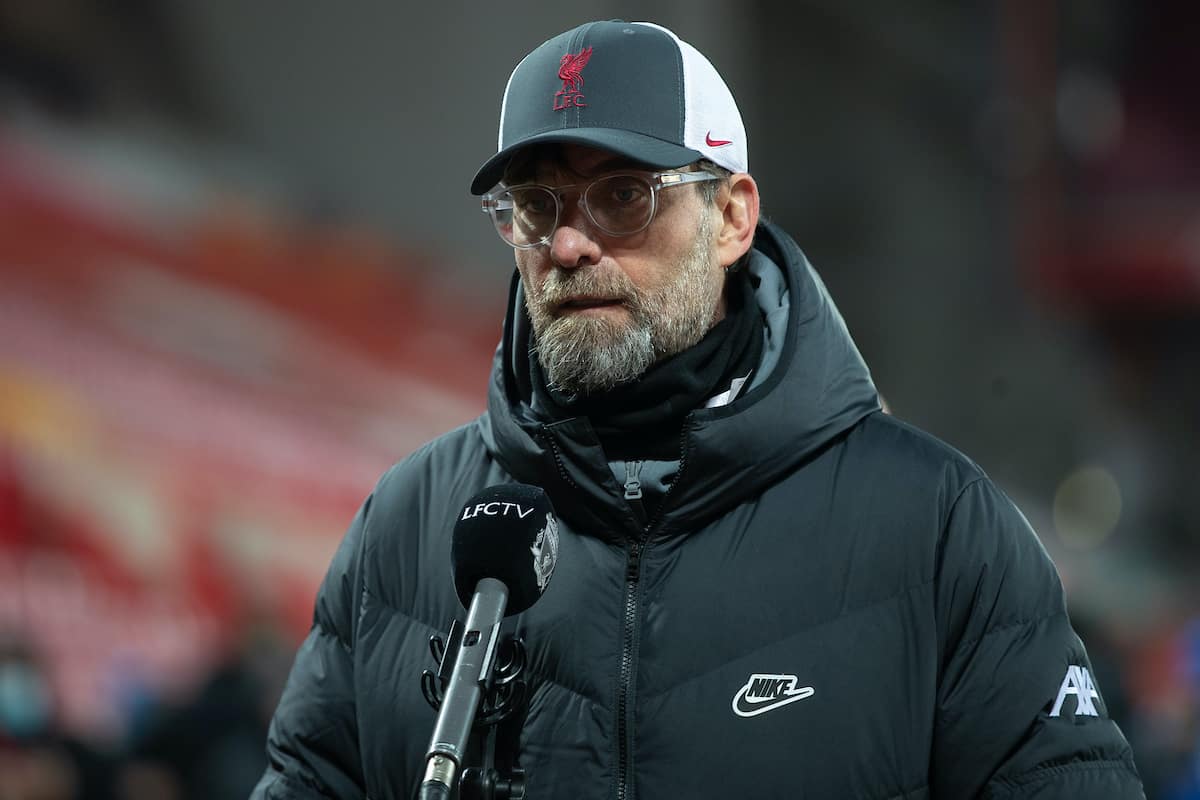 Jurgen Klopp was quick to admit that the defeat to Everton hurts “a lot,” with his side needing to eradicate their moments of indecision.

The Reds succumbed to their fourth successive league defeat for the first time since 1923 as Everton put two unanswered goals beyond Klopp’s men.

It was another outing where mistakes were punished and the inability to find a breakthrough proved damning, with Liverpool now having scored only two goals in their last six league games.

After the game, Klopp let his disappointment show but there remained a clear focus on what has to improve in the weeks to come.

“We conceded a completely unnecessary first goal and that’s a big part of the game,” Klopp told reporters.

“There are two big parts, you have to defend and you have to score. In one situation we didn’t defend well enough and they could score and we didn’t use the things we created.

“In the decisive moments we either make a mistake or just something strange happens, for the opponent, if we make a mistake, it’s 100 percent that they score from it and if we force them it doesn’t mean we will score.

“I think if everybody who saw the game tonight and watched the game without the goals they would say, ‘who can that happen’.

“But it’s not the first time and we are really critical with ourselves.

“We cannot change the situation by playing bad, that’s not possible but indecisive moments we have to improve, that’s clear.”

The boss also touched on the questionable penalty decision and how he was unable to follow up on the call with referee Chris Kavanagh, ensuring he could not hold a firm opinion as he had also yet to rewatch the incident.

And the groin injury to Jordan Henderson was another “massive blow” as a quick turnaround is not expected despite now having an eight-day break before travelling to Sheffield United next Sunday.