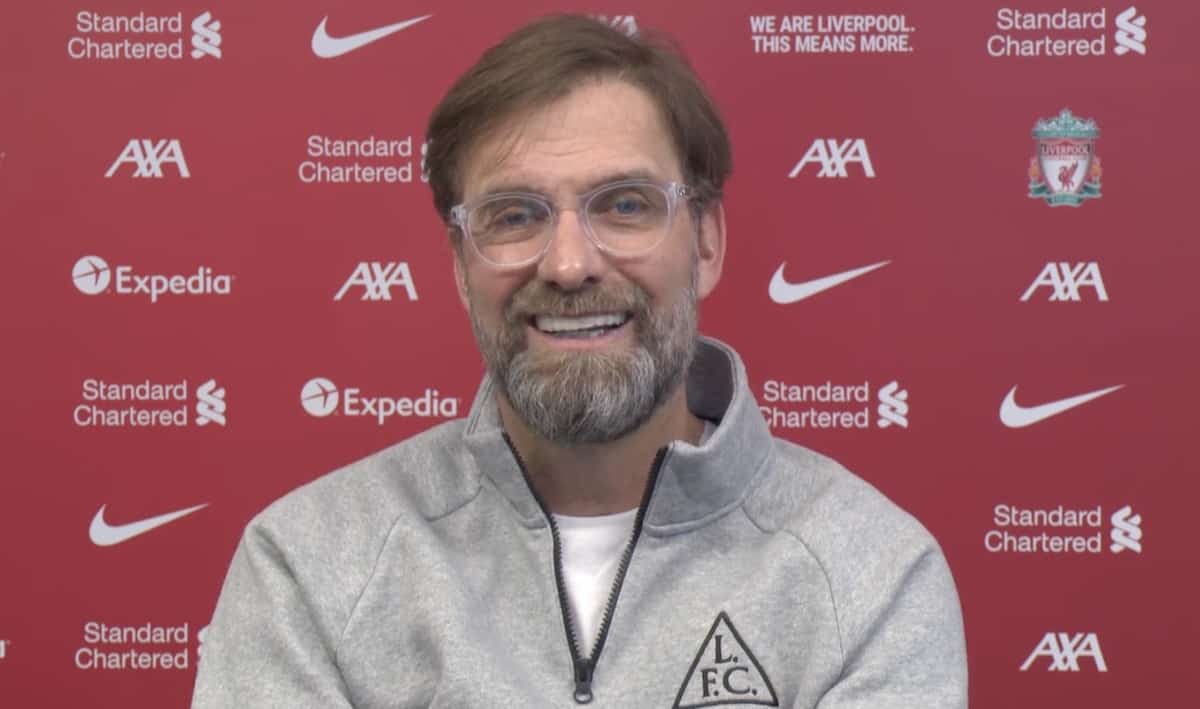 Jurgen Klopp insists his side are not feeling the pressure despite a run of four consecutive league defeats, and he is expecting a plucky Sheffield United on Sunday.

The Reds will have had eight days to rest and bounce back following their latest defeat when they meet Sheffield United in the late Sunday kickoff.

The game pits a side with top-four ambitions against one looking to climb out of the relegation zone, ensuring it will not be played in second gear.

And while Liverpool are in a rough patch, the manager is not looking to carry the baggage of previous games to Bramall Lane, where his side will have a fight on their hands.

“We don’t feel pressure at Anfield, even when we lost now a couple of games at Anfield; it’s not that we go there and are shaking or whatever. That’s not the case,” Klopp told reporters.

“And an away game is the same and Sheffield United is a strong side with a difficult, difficult start in the season.

“Meanwhile, the last 10 games I think, the results were much different. You can see that, they are much more confident, all these kind of things.

And on the atmosphere in the squad, Klopp spoke of simply how the next game provides another chance to turn it around.

“It’s a very challenging time for this squad, you can imagine, for different reasons,” he added. “But that’s how it is; in these times you have to show your real face and that’s what the boys do.

“During the week we work hard, we’re looking forward to the next game, the next chance for us to turn it around, to win a football game and all these kind of things. That’s all we are thinking about.”

There were also words on the “very positive” return of Diogo Jota, while the trip to South Yorkshire is to come too soon for Fabinho and James Milner.