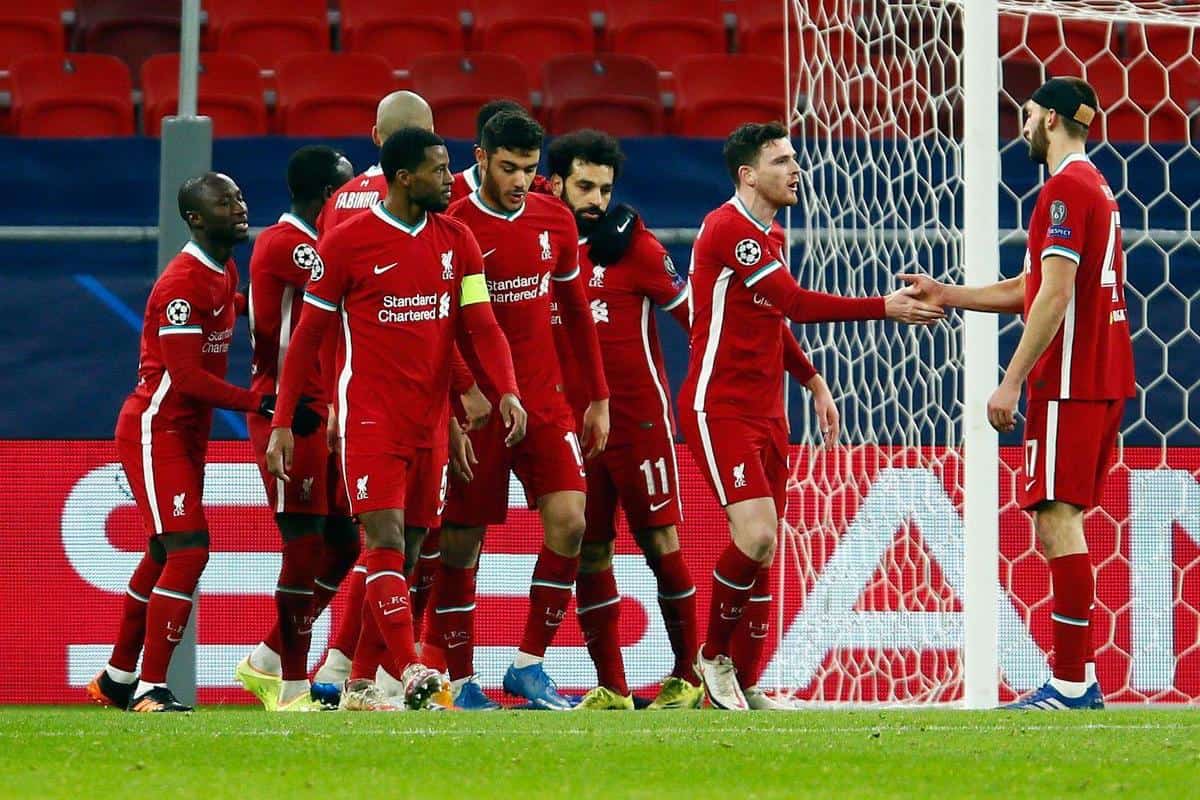 Liverpool had a bounce in their step after securing their place in the Champions League quarter-finals, with the win over Leipzig proving to be a memorable one for a number of reasons.

A home game played over 1,000 miles away from Anfield underlined the circumstances that this season is being played under in what was a historic encounter.

But Budapest has become a second home within the last month and it has seen more victories from the Reds in 2021 than Anfield, with Mo Salah and Sadio Mane once again firing Liverpool to victory.

Progression to the last eight of the Champions League was vital to keep the Reds’ hope and season alive and a 2-0 win with a much-improved performance was just the ticket.

And Fabinho was at the heart of the triumph as his lighthouse post was reinstated back into midfield, granting freedom to those alongside and ahead of him in what was only his fourth start in the No. 6 role this season. 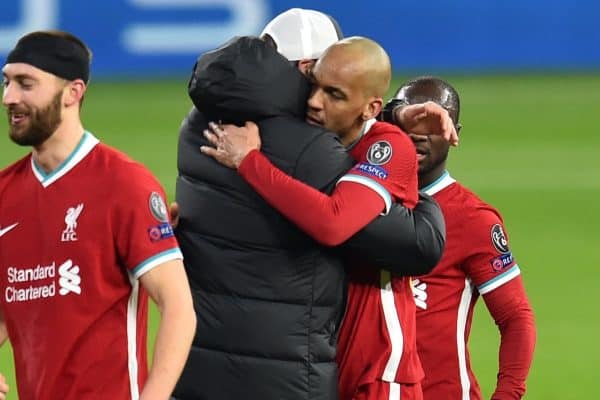 Jurgen Klopp joked that the Brazilian had made it known where his preferences lie and the No. 3 himself admitted he has “missed it” as he commended a team performance when speaking to LFCTV.

And a place in the quarter-finals will now set up another mouth-watering tie but at this stage, Fabinho has no preference as to who he wants to face up against next:

“Yes, I missed it a little bit playing the midfield position.

“In general our quality was very good tonight, the communication from our two centre-halves, the pressing from the offensive players was working very good. Everyone was good, everyone enjoyed it, everyone pressed and we did the hard work.

“No, no [preference for next opponents]. In the Champions League it’s always hard games. It’s the best competition in the world so you don’t have to choose anyone. We did our job and we just wait to see who we will face in the next phase.” 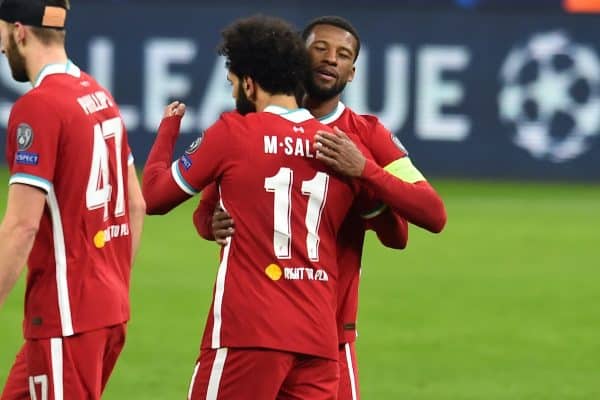 His midfield partner Gini Wijnaldum “enjoyed” being reunited with Fabinho and playing alongside Thiago once more, but it remained all about the team effort for the Dutchman.

A unit who will now no doubt be buoyed by finding the net twice after a run of trouble converting chances:

“I enjoyed playing in the midfield, also because it went well, but we talked a lot and helped each other out.

“But I have to say, the whole game in the front, at the back was good and as a whole team we were really organised and played a really good game.

“We spoke about it as a team that the last couple of games it was really difficult for us because we didn’t create chances.

“Unfortunately, we are in the position where we don’t score every chance we have this season and so it gives you a really good feeling [to score].”

The success across each department was rightly lauded after the game, and the defensive line were in high spirits as they shut out Leipzig to help form the foundations on the way to the last eight.

For Nat Phillips in particular, it was a night to savour as it was his first European appearance, one which ended on a winning note and with a “clean sheet to round it off”:

And the buzz for the result was shared by Ozan Kabak, Andy Robertson and Trent Alexander-Arnold as they spoke of their readiness for lies in wait in the competition:

James Milner, meanwhile, said it as he saw it as Thiago relished the perfect wake up reminder that the quarter-finals now beckon for Klopp’s men:

It was all about the “solid performance” and “important result” for Gini and Fabinho as they too celebrated a progression that keeps hopes of silverware alive:

And Diogo Jota, after only his second start in three months, was simply focused on using both the result and performance as a building block for the weeks ahead:

There’s no denying how important securing safe passage from the Leipzig tie was for Liverpool with their league season receiving blow after continual blow.

Klopp has spoken of the desire to build momentum and that sometimes one win is all it takes and here’s hoping Liverpool return from Budapest intent on doing just that, starting at Wolves on Monday before a three week break.