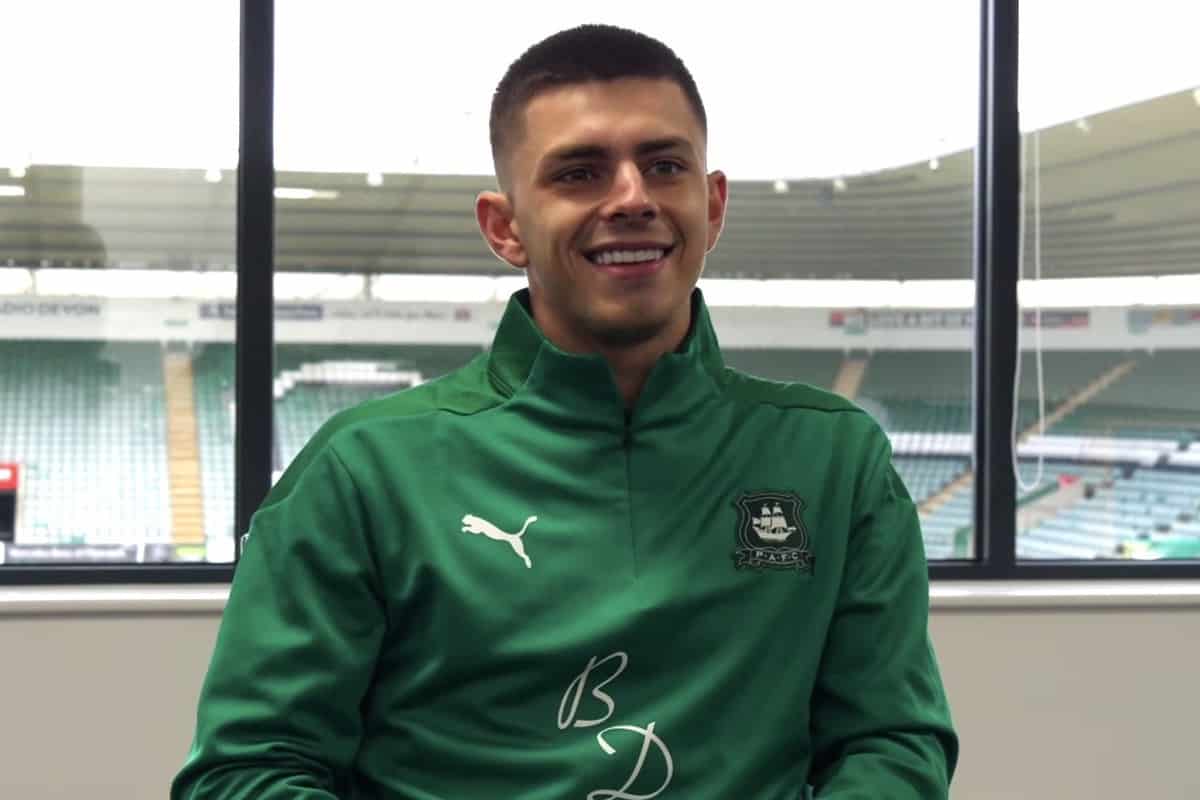 Adam Lewis’ attitude and desire to bounce back from a costly mistake has been lauded by Plymouth manager Ryan Lowe after he helped steer his side to a valuable victory.

The 21-year-old linked up with Plymouth in January for the second loan spell of his young career, which followed on from a disappointing stint in France with Amiens earlier in the season.

Lewis has featured 15 times for his new club but only five of those have been League One starts, featuring at left-back and as a left wing-back.

And with few opportunities to impress from the start, a misplaced back pass against Ipswich earlier in the month which was duly punished for the only goal of the game, in only his fourth league start, which was far from putting his best foot forward.

Any such mistake would be enough to see one’s head drop especially after returning to the substitutes’ bench in the following game.

But Lewis did not let the moment define his season for all the wrong reasons as he was restored to the XI for Plymouth’s clash against Bristol Rovers on Saturday, where he supplied two assists in a 2-0 win.

And his performance left manager Lowe duly impressed by his attitude and bouncebackability.

“He (Lewis) text me after the Ipswich game. I rang him and said ‘Are you okay mate?’ and he wanted to apologise for the goal,” Lowe told Plymouth Live.

“I told him he didn’t have to apologise and that he was here because he’s a good player. He made one decision which was wrong but not to worry.

“He has been a little bit inconsistent but on Saturday he slotted in on that left side and was fantastic.

“That’s credit to him. When you give a goal away and then you get left out of the team, you have got to be ready for the next one.

“I have said to all of the lads who are not playing at the moment ‘just make sure you are game ready’.

“To be fair, Ads was. His attitude and application was spot on, so fair play. Credit where credit is due.”

It has been far from smooth sailing for Lewis on the coast and Lowe pointed out his delivery into the box and having more composure as key areas for improvement for the youngster.

But that his attitude and application has earned praise from his manager should hold him in good stead and play a role in convincing Lowe he is worthy of more game time during the run-in.

“We have been working with him on his crossing. He sometimes likes to put them in first time,” Lowe added.

“I want him to have a little bit more calmness and have a touch and then cross, and that’s what he has been doing. He’s here, he’s listening and he’s learning.

“He knows he could have done better in some games, and we know he can do better, but we have got to have that balance and he was fantastic on Saturday.”