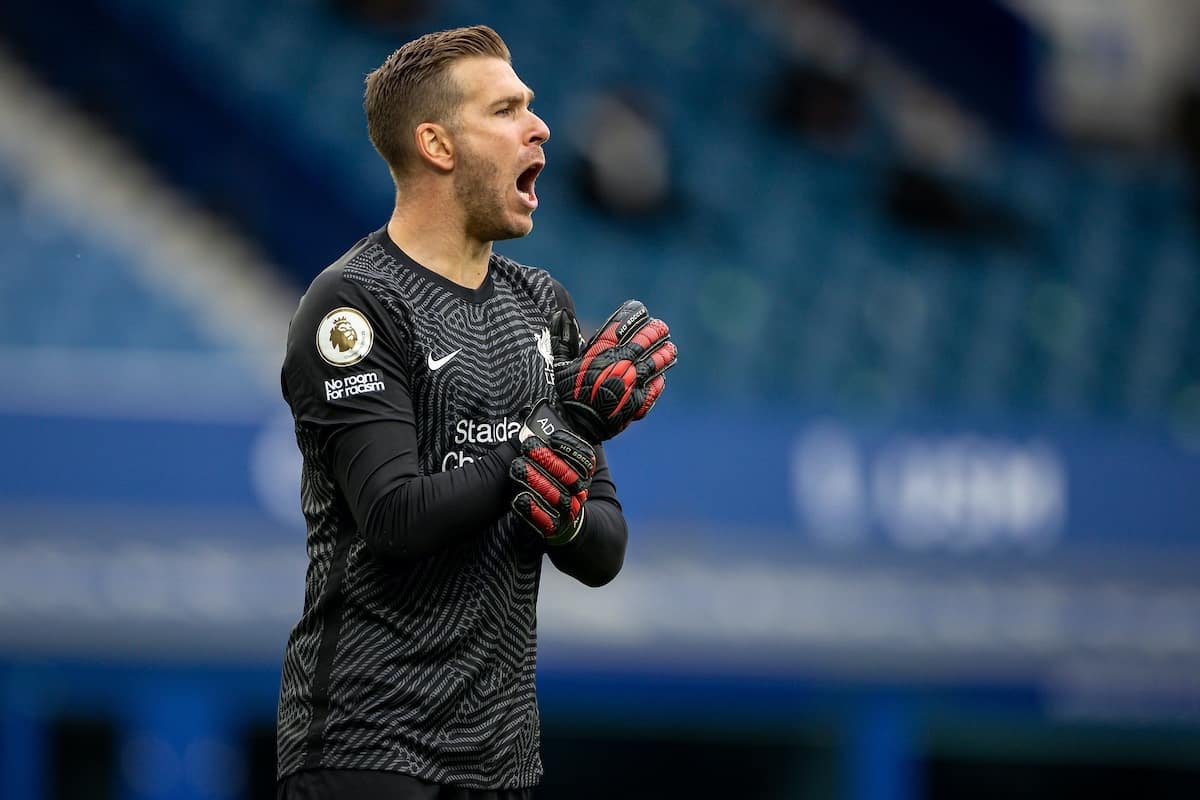 Adrian has been tipped to leave Liverpool at the end of the season with a view to returning to LaLiga and his boyhood club Real Betis, where he could remain as No. 2.

The 34-year-old is in his second season with the Reds, but despite the club holding an option to extend his deal by a further year, that appears unlikely.

Having lost his place as Alisson‘s backup to Caoimhin Kelleher, Adrian has played just six times this season, though that remains a relatively healthy amount of appearances for a third-choice goalkeeper.

When called upon – as with the 2-0 win over Sheffield United in February – the Spaniard applies himself admirably, but the decision to demote him earlier in the campaign highlights a lack of belief in his abilities as a top-level deputy.

And though Adrian remains an important member of the squad, particularly as an influence in the dressing room, it seems all parties would benefit from ending their association this summer.

Spanish newspaper La Razon claim Adrian “would like to take advantage of” Claudio Bravo’s potential move away from Real Betis this summer to secure a “new opportunity.”

Adrian came through the academy at Betis, and with his sights set on returning to Spain on the expiry of his Liverpool deal, his “preference” would be the Seville club.

Betis have been touted with a move for Adrian on a number of occasions in recent years, but it is claimed they will only re-sign the veteran if Bravo departs, with a return of his own to Colo-Colo in Chile mooted.

Bravo, now 37, joined Betis on a free transfer in 2020, but has only played 11 times this season with a series of injuries and the return of Joel Robles keeping him on the sidelines.

Now, Betis have already agreed a deal to sign Portuguese stopper Rui Silva from Granada, which suggests that were Adrian to arrive, it would be simply to replace Bravo as second or perhaps even third choice.

Given his age, this may still be an attractive prospect for Adrian, who was already due to move back to Spain prior to Liverpool’s approach in 2019.

From a Liverpool perspective, continued reports over Adrian‘s future simply reinforce the belief that he will leave the club at the end of the season, which presents the likelihood of a new goalkeeper being brought in this summer.

Kelleher should remain as Adrian‘s backup, but a new, experienced third choice could be targeted – though there also remains the prospect of another promotion from the academy or a returning loanee taking the No. 3 spot.

Marcelo Pitaluga is an option among the youth ranks, while Kamil Grabara, Vitezslav Jaros and even Loris Karius are currently plying their trade away from Anfield.