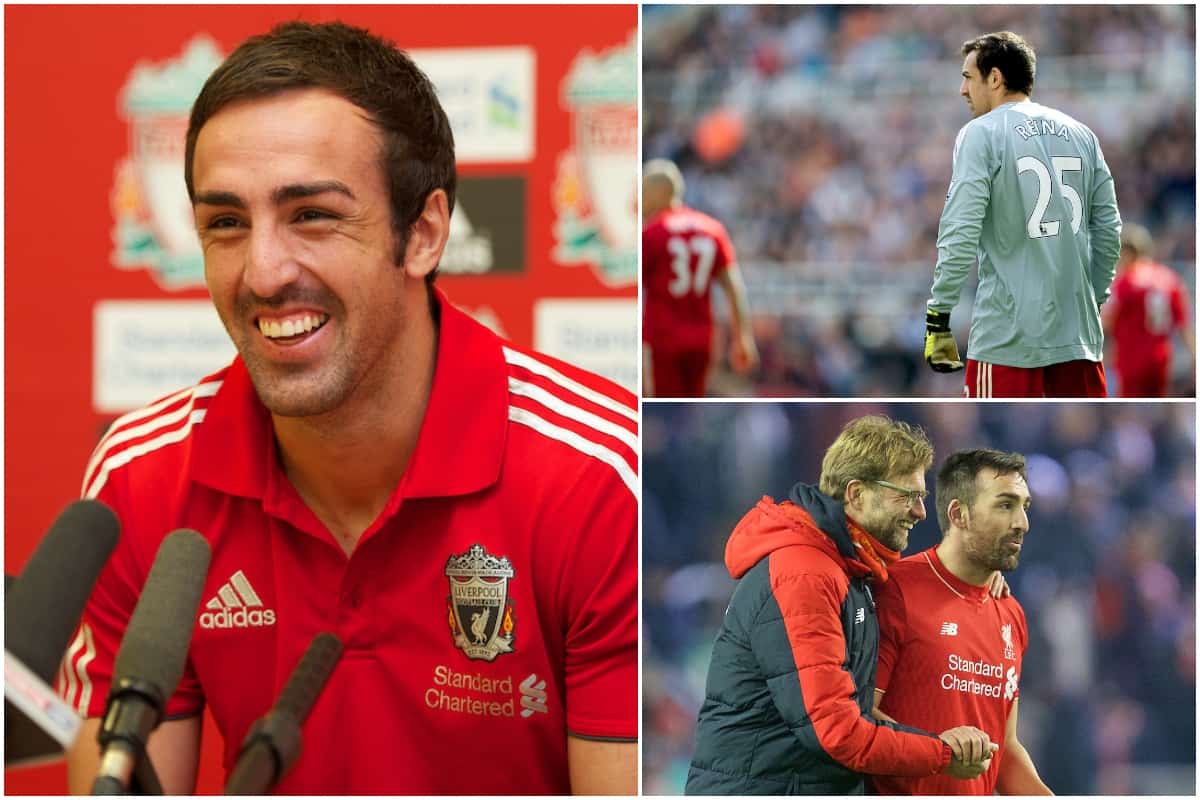 Jose Enrique spent a total of five years at Liverpool and amassed 99 appearances and on League Cup for the club, making memorable memories along the way.

With left-back proving to be a problematic position for Liverpool for more than a decade, the Spaniard became the next in line to attempt to turn over a new leaf back in 2011.

Kenny Dalglish put his faith in Enrique and he hit the ground running, where he proved to be a well-liked figure on and off the pitch.

From unbelievable assists and a surprise stint as a goalkeeper, Enrique’s Liverpool story had a bit of everything.

And This Is Anfield and KopConnect sat down with Enrique to hear tales of his time with Liverpool and his insight on playing for Dalglish and with the likes of Steven Gerrard, which you can watch in the video above.

And here, we look at a snapshot of his Liverpool career in five photos. 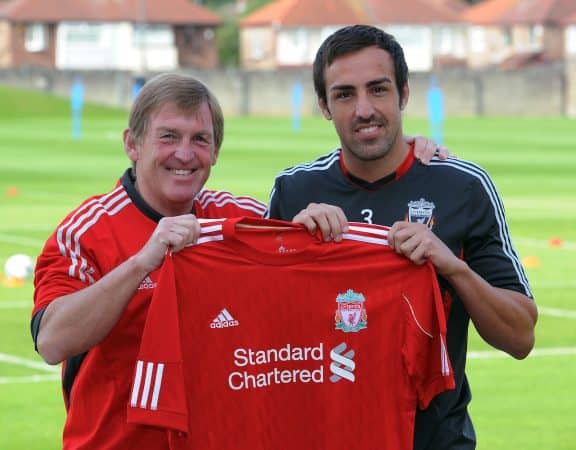 The Magpies were not eager to let their left-back depart, but Enrique could not allow a move to Anfield slip through his fingers.

“Newcastle didn’t want me to leave, they offered me a six-year contract and I was happy there,” Enrique recalled.

“But obviously, when Liverpool, who were five-time Champions League winners at that time, came and made an offer you cannot say no to this team! A no brainer for me!” 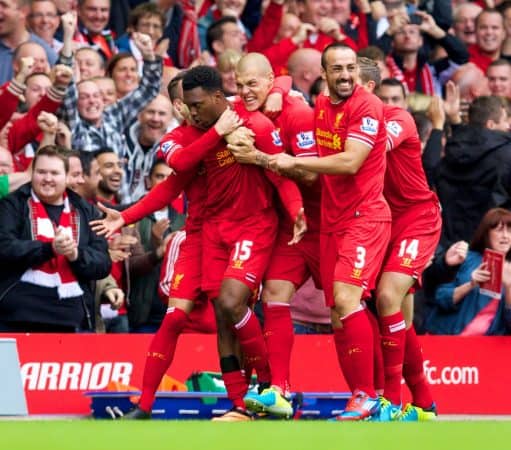 When reflecting on the 2013/14 season for most, it is a mash-up of fond memories, heartbreak and what-ifs?

It was an unexpected title charge built on quicksand, but for Enrique, it was marred by a season-ending knee injury.

“Personally, it was difficult because I wanted to be part of that but seeing the team do so well, it was a special season,” he said.

“It was the only season that I felt before the game started you felt you were like ‘I’m going to win today, we’re definitely going to win’.”

Goalkeeper for a day… 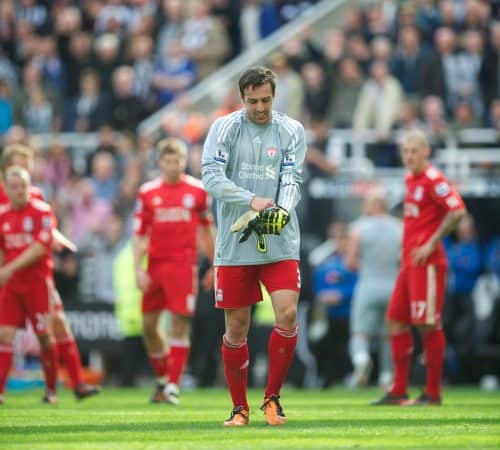 It’s a phenomenon every football fan loves to see when an outfield player is forced to go in goal, and it’s a rarity that Enrique had to experience at the home of his former club, Newcastle after Pepe Reina was red-carded in 2012.

“I said I was going to a club that is a top-six club and I remember when I went in goal the [St James’ crowd] was singing ‘Jose Enrique, we’re in the top six’ non-stop for eight or nine minutes,” Enrique said.

“So imagine the whole stadium singing that! I was mad at that moment but when you look back I feel privileged that it happened, and I actually still have [Reina’s] gloves from the game here!” 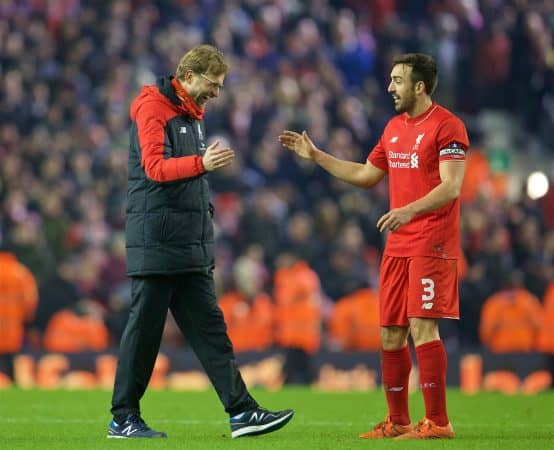 It was the first time Enrique was handed the armband in what would be his third to last game for the Reds back in 2016 against Exeter.

“This game was special because captaining Liverpool no one can ever take from me, ever. I don’t believe I deserve it but no one can take it from me,” he said.

“Klopp doing that for me is something I will never forget.”

And the support of the Liverpool family… 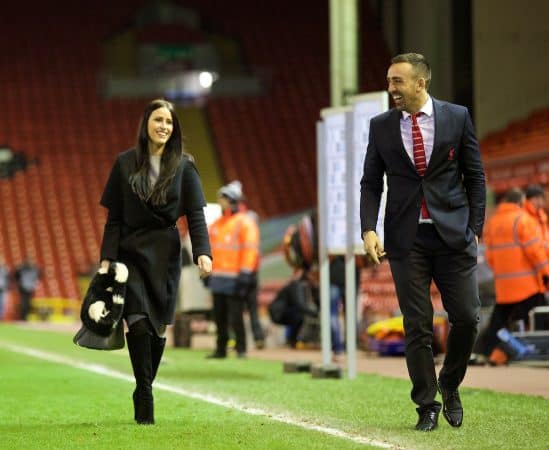 The support system for Enrique extends globally and close to home, shown in all its glory after being diagnosed with a rare brain tumour.

And partner Amy and the Liverpool family hold a special place in Enrique’s heart.

“The LFC family since I had my tumour they got in touch straight away, I’m so thankful for the fans,” Enrique said.

“And if it wasn’t for [Amy] I’m not sure I would be here, to be honest. Amy, to me, is everything and always will be.”

Enrique is a proud ambassador of mental health and he is looking to give back with online training sessions. And you can register your interest and get involved here!