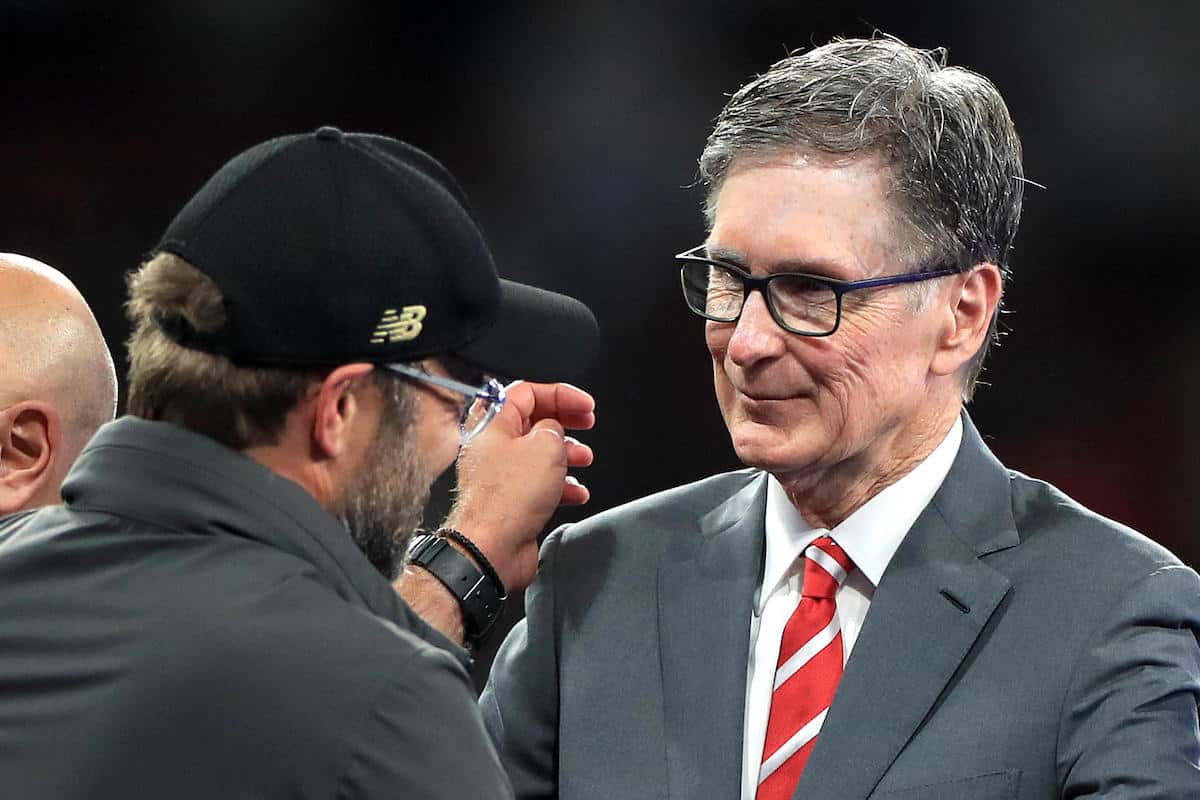 Liverpool are understood to be hopeful the new deal will bring some much-needed financial stability after the Premier League champions suffered an estimated £120milllion loss in revenues during the coronavirus pandemic.

The new investment, which is believed to be a 10 per cent minority holding, will ease the burden on FSG, and it is expected that it will remove the risk of Liverpool’s plans to redevelop the Anfield Road Stand.

It is also set to allow for funding to sign new players in the summer transfer window and beyond.

NBA star LeBron James and his business partners Maverick Carter and Paul Wachter will become part of FSG’s ownership group along with RedBird.

FSG’s principal owner John W Henry, chairman Tom Werner and president Mike Gordon said in a statement: “Our strategic partnership with Gerry [Cardinale – founder and managing partner of RedBird], and the entire team will enhance our ability to pursue future growth opportunities in a more accelerated way but with the same selectiveness that has served us so well.

“We are also pleased to welcome to our ownership group LeBron, Maverick and Paul, with whom we have enjoyed a successful collaboration for well over a decade. Their addition is an important milestone for FSG and expands and deepens a long-time friendship and relationship that began in 2010.

“To our fans and supporters: Winning continues to be the driving force for all of us. The growth of FSG as an organisation allows us to further strengthen our resources and commitment to the communities we serve, and we look forward to having these talented new partners join us in the next chapter of FSG’s evolution.”

FSG, who also own the Boston Red Sox, took complete control of Liverpool in 2010.

The Reds ended a 30-year wait to be crowned top-flight champions last year, but they currently sit seventh in the Premier League, 23 points behind leaders Manchester City.