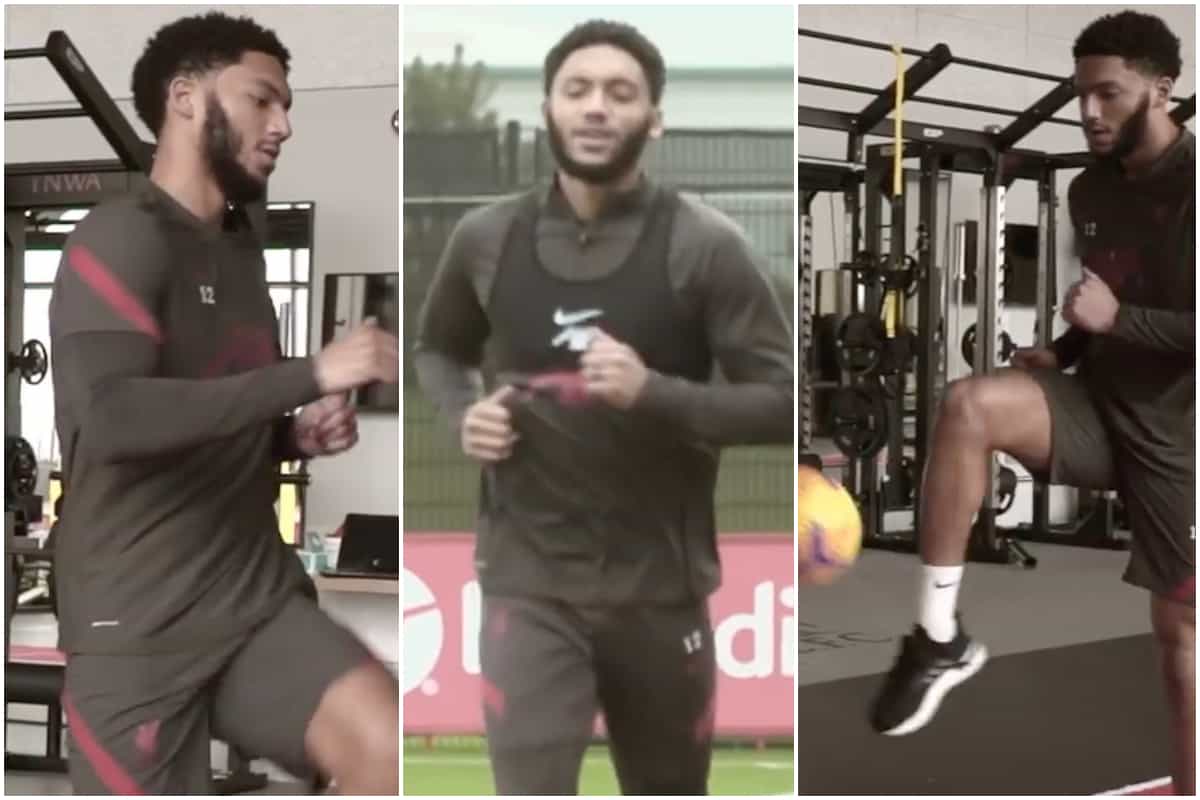 Joe Gomez has returned to outdoor jogging and working with a ball, as the Liverpool centre-back steps up his recovery from a long-term knee injury at Kirkby.

Gomez has been sidelined since November having damaged a tendon in his left knee during a training session with England, and is expected to miss the rest of the campaign.

It was a big blow to both player and club, but the 23-year-old has taken a positive approach to his rehabilitation, particularly as he works alongside Virgil van Dijk at the Reds’ training ground.

Van Dijk is ahead of Gomez in terms of his comeback, with the Dutchman in with a chance of playing again this season, but the No. 12 has now made a big step in his own recovery.

In a video shared on his Instagram, Gomez can be seen jogging on the outdoor pitch at Kirkby and taking part in light ball work in the gym:

Gomez’s message was simple, in that he is taking the situation “step by step,” but this can be considered a real positive as he works his way back to full fitness.

Last week, Jurgen Klopp said it was “unlikely” that either Gomez or Van Dijk would be fit to take part at this summer’s European Championship, providing an update on their recovery along with Joel Matip.

But though the manager said the pair “look in the moment better than Joel looks,” he added that while Van Dijk is “already running,” Gomez was not at that point.

Whether that was simply a mixup or not is unclear, but judging by Gomez’s latest post it seems as though the Englishman is now further along than Klopp revealed.

It will still be a long road for Gomez, just as it will be for Van Dijk and Matip – with a pre-season comeback the target for all three – but every step closer should be savoured.