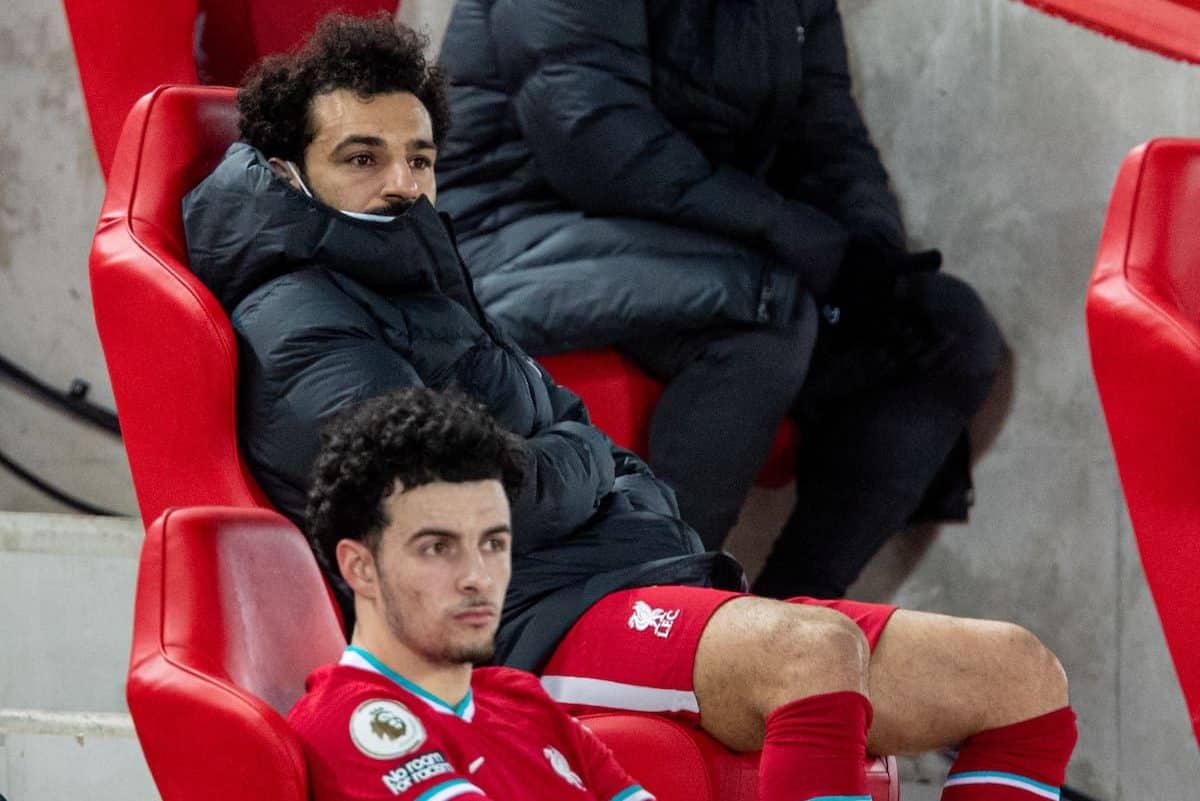 Jurgen Klopp claimed Mohamed Salah “felt the intensity” of the game after controversially bringing him off 63 minutes into Liverpool’s 1-0 loss to Chelsea.

The Reds were struggling to break down a composed Chelsea back line when, just after the hour mark, Klopp hooked Salah as Diogo Jota made his return from injury.

Salah shook his head as he trudged off, and threw his shinpads down as he took his seat in the stands, with this feeling of frustrating echoed among fans as Roberto Firmino and Sadio Mane stayed on.

Liverpool ended the game having recorded one poor shot on target through Gini Wijnaldum, and the decision to withdraw the Premier League‘s leading goalscorer was roundly questioned.

But speaking to reporters after the game, the manager insisted that it was “not a problem” and the decision came due to Egyptian seeming to “feel the intensity” more than his fellow forwards.

“Just bringing in fresh legs,” he explained to Sky Sports.

?? "The details decide these game and they are going against us. We are responsible for that."

Jurgen Klopp was left frustrated by Liverpool's performance in both boxes against Chelsea pic.twitter.com/CQIKVmINVO

“It’s not very often, but Mo looked today like he suffered a little bit. He’s played a lot of games.

“I could have taken off Sadio or Bobby, that’s all clear, but in this moment it looked like Mo suffered the most.”

In his post-match press conference, Klopp added: “He looked disappointed, that is not a problem.

“I could have changed others, but he looked like he felt the intensity and I didn’t want to risk it. I’ve known him a long time and he usually looks fresh. It was a sign not to risk him.”

Journalist Matt Critchley, watching on at Anfield, pointed out that Klopp had been “screaming at him to track back and help out defensively” five minutes before taking Salah off.

“He was a long way off [and made a] bit of a half-hearted jog,” Critchley added.

“Klopp turned to Lijnders almost straight away and they discussed replacing him.”

Salah’s agent, Ramy Abbas Issa, posted a cryptic tweet shortly after the substitution, which has led many to believe he was disappointed with the treatment of his client:

It was the earliest Salah has been substituted in the Premier League since being hooked at half-time in the 5-0 loss to Man City in September 2017, and only the 13th time he has been brought off before the 70th minute in all competitions.

While it may not be a significant change for Klopp, the frustrating on Salah’s face as he made his way off suggests there may be fractures developing between the No. 11 and his manager.